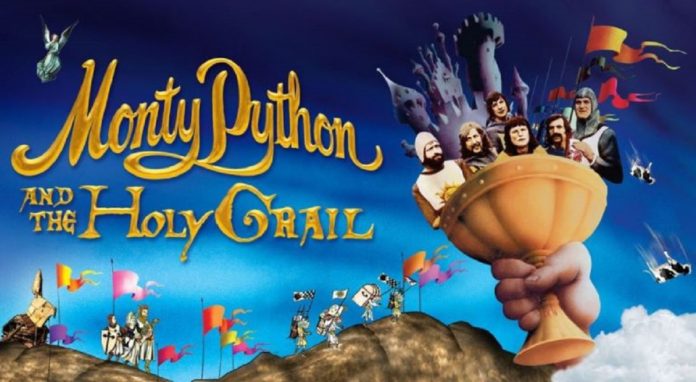 With the beginning of 2019, at hand, Netflix is sure to up its game to magnetize and attract viewers of all audiences and age groups by any means possible. With a few new series on cards, Netflix is also shuffling between a few old ones as well, bringing back the nostalgia in every television viewer, right at their fingertips. The upcoming movie which is on their list of revamps is the satire classic, Monty Python and the Holy Grail. Fans have already thronged over the internet and are going frenzy about the comeback of their favourite movie. They seem to be chanting the dialogue,  “It’s just flesh wound!” in a chorus. 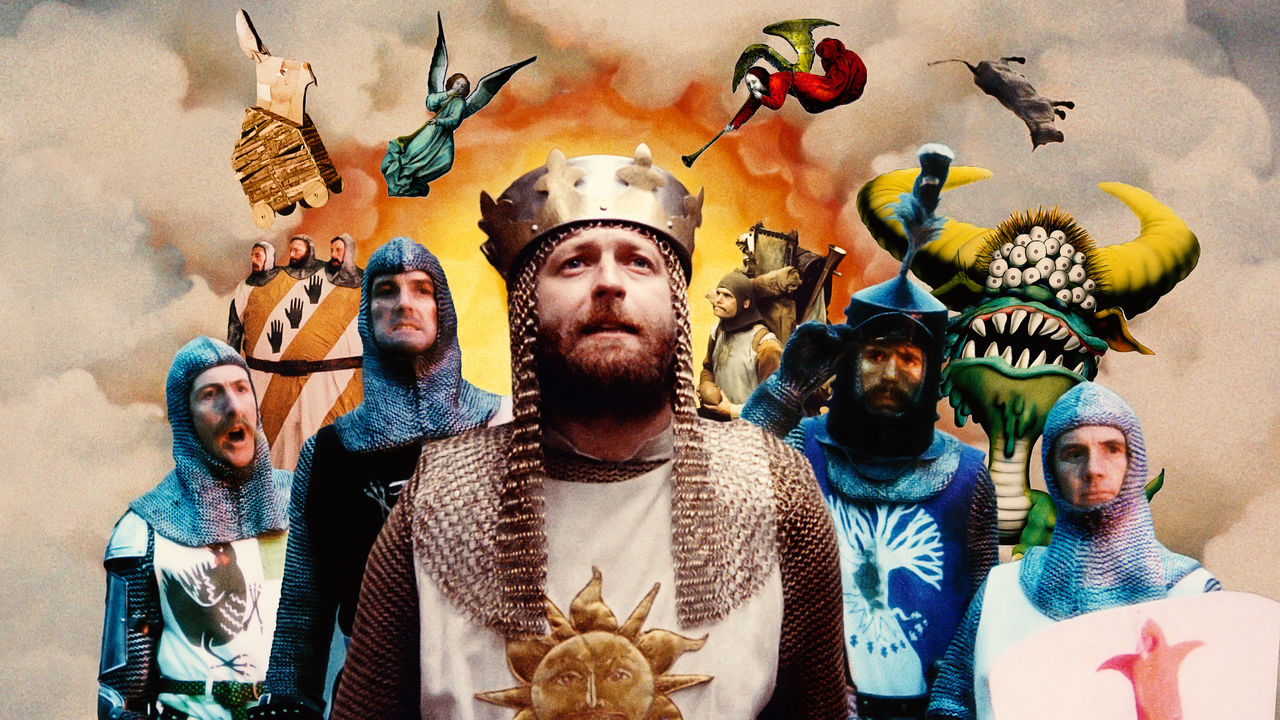 The movie was premiered back in the day, in the year 1975, which had Graham Chapman, John Cleese, Eric Idle, Terry Gilliam, Terry Jones, and Michael Palin, follows King Arthur and his Knights of the Round Table as they “quest far and wide” for the notorious Holy Grail.

RELATED: Netflix Has Now Released The ‘Titans’ Trailer And Also Revealed Premiere Date For The Show

Fans from all over the world are tweeting about it and can be seen quite excited and eager for the return of their favourite rabbit. 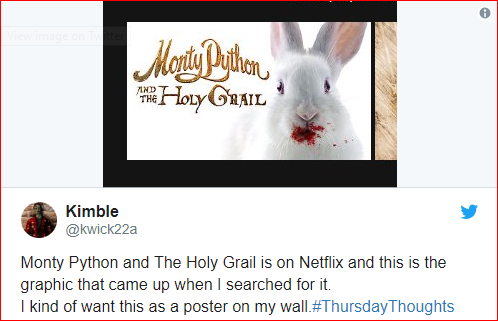 Upon witnessing what seems to be a still graphic teaser of the classic movie, a tweet from Kimble @kwick22a, states that “Monty Python and The Holy Grail is on Netflix and this is the graphic that came up when I searched for it. I kind of want this as a poster on my wall,”

Tyler @tdowd_14, states by saying “Holy S—— they added Monty Python and the Holy Grail to netflixthis is the best day of my life.”

Holy Grail is considered the most notorious of the Monty Python films, which likewise incorporates Monty Python’s Life of Brian and Monty Python’s The Meaning of Life, the previous of which is additionally to air on Netflix.