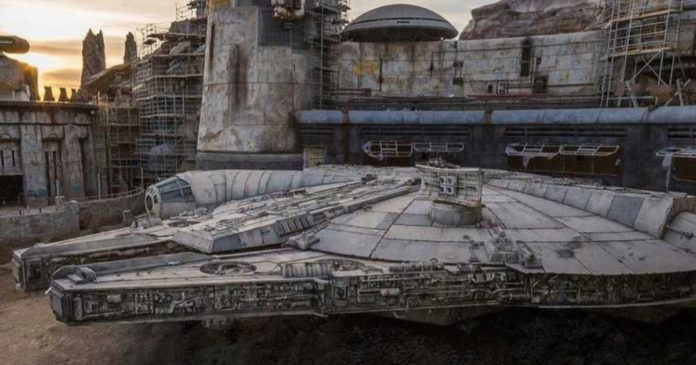 Disneyland has now shared a really amazing look at the completed Millennium Falcon from Star Wars: Galaxy’s Edge. This new part of the Anaheim and Orlando theme parks are all set to open by summer and fall, and the fans of Star Wars are now getting very excited about this. One of the new attractions is the Millennium Falcon, and this will take 1,800 riders an hour, which is really impressive. All the lucky members of the press have ridden the test version of this attraction.

The image that Disneyland shared shows the ship as the construction continues all around it. There is a lot of work to go before all the Star Wars fans see Galaxy’s Edge, but this wait is almost over. When it had been announced that the Millennium Falcon had been completed, many aerial images of the area of the park had made their way on to the internet, and this had shown off a very impressive amount of work by the team

While 1,800 riders an hour for the new Millennium Falcon attraction is very impressive, it is not efficient like the Pirates of the Caribbean that can handle 2,800 riders per hour, and Big Thunder Mountain that can serve 2,200. The Haunted Mansion can serve 2,100 riders in an hour.

Disneyland had attracted 18.3 million visitors in the year, 2017, and this puts around 50,100 visitors per day. Their current capacity of this park is 70,000 visitors in one day, and this will surely increase once the all-new 14-acre area opens. 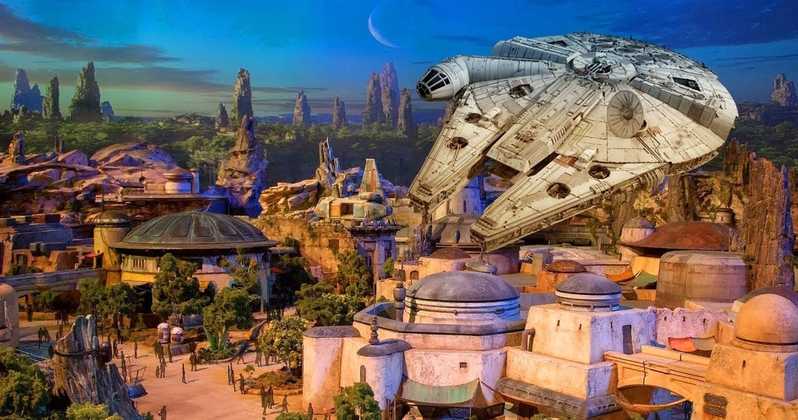 To try and keep all the crowds down, the Disneyland annual pass holders with the most expensive pass can visit Galaxy’s Edge when it first opens with daily park visitors. The summertime is when a whole lot of the cheaper annual passes also have blackout days, so this will cut down on a part of the new visitors.

With all this being said, it has been estimated that the wait for the Millennium Falcon: Smuggler’s Run and also, the Star Wars: Rise of the Resistance will be around 6 hours when Galaxy’s Edge opens. There is a rumour that the Disney parks will be implementing an all-new version of the MaxPass reservations, and this will be the one and only way to get on all the rides. The new MaxPass reservation system has been up and running at Disneyland, and this also ties to cell phones for an extra cost per ticket. 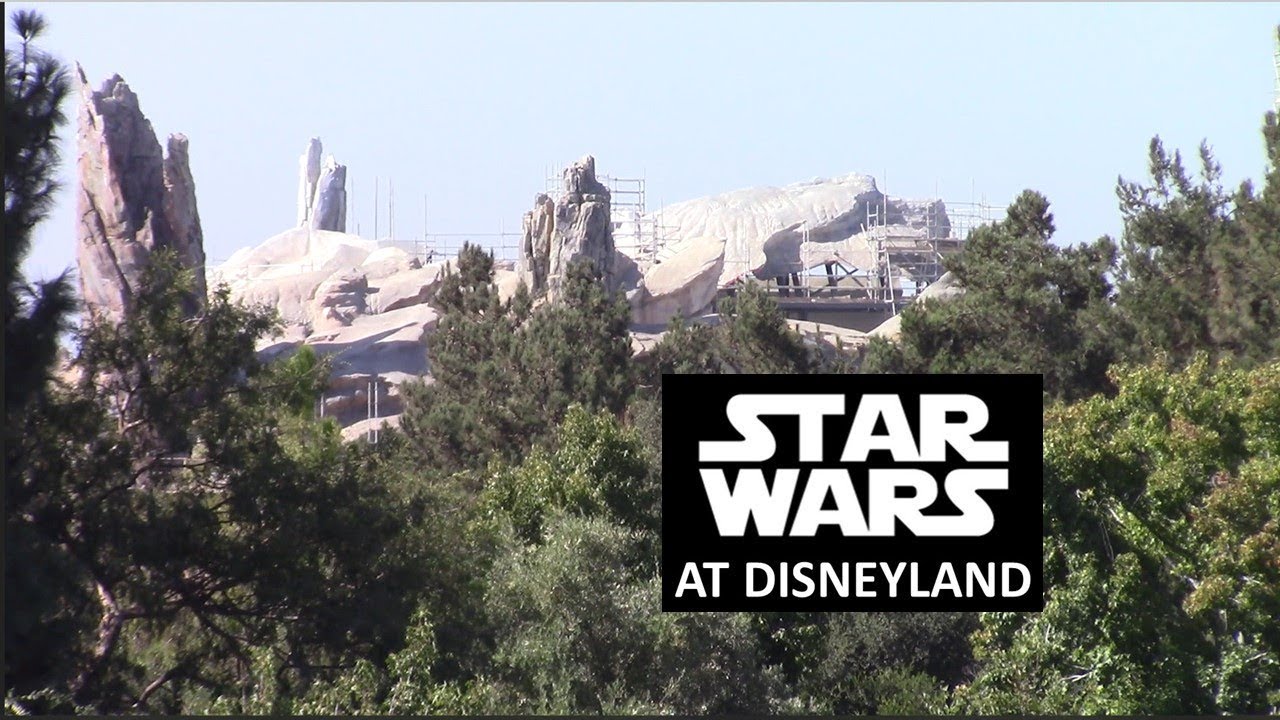 The Top 10 Cast Of The Star Wars Prequel Trilogy: Where...