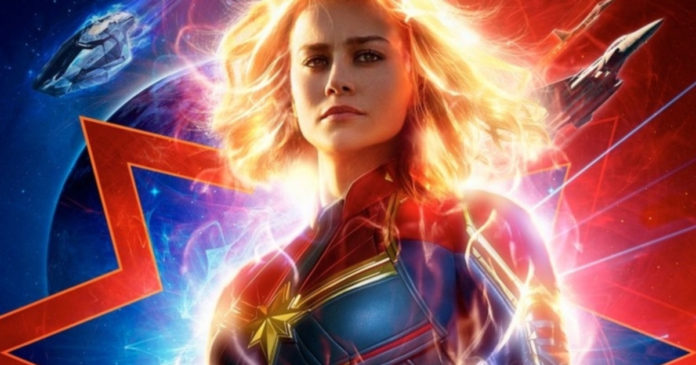 There are many rumours that have lit the internet ablaze about the trailers from Marvel Studios that will be making their debuts this week. Now, it has been confirmed that a full-length trailer of Captain Marvel will land by tomorrow at ESPN’s Monday Night Football. Marvel Entertainment has also shared the film poster, and this had confirmed that the trailer would debut tomorrow. 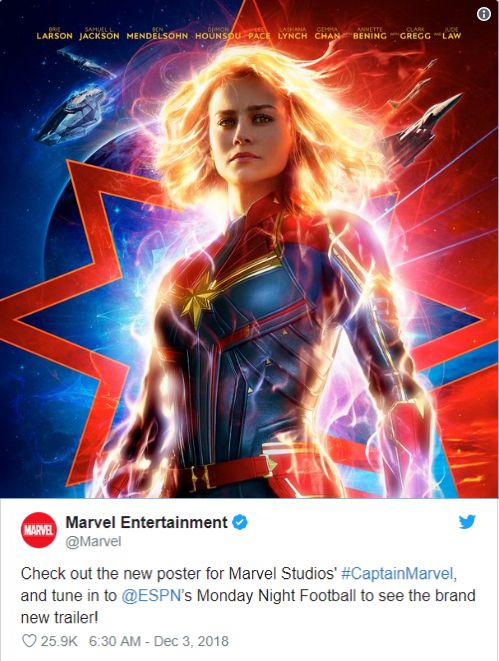 The Twitter user, @mercenary18zx had also shared a video of what could be a TV spot that had been running on their local news. This video shows a few clips of footage that had been in the teaser trailer, and then the words, “Trailer World Premiere” appears on the screen.

These clips that had been shown in the teaser trailer had included a wide shot of an airport’s hangar, and then, we see Samuel L. Jackson’s character, Nick Fury walking down the hallway. This teaser video then ends with a few images of Danvers’ fist starting to glow and then we see her go full binary.

Tomorrow’s game will be between the Philadelphia Eagles and Washington Redskins and will kick off by 8:15 pm. 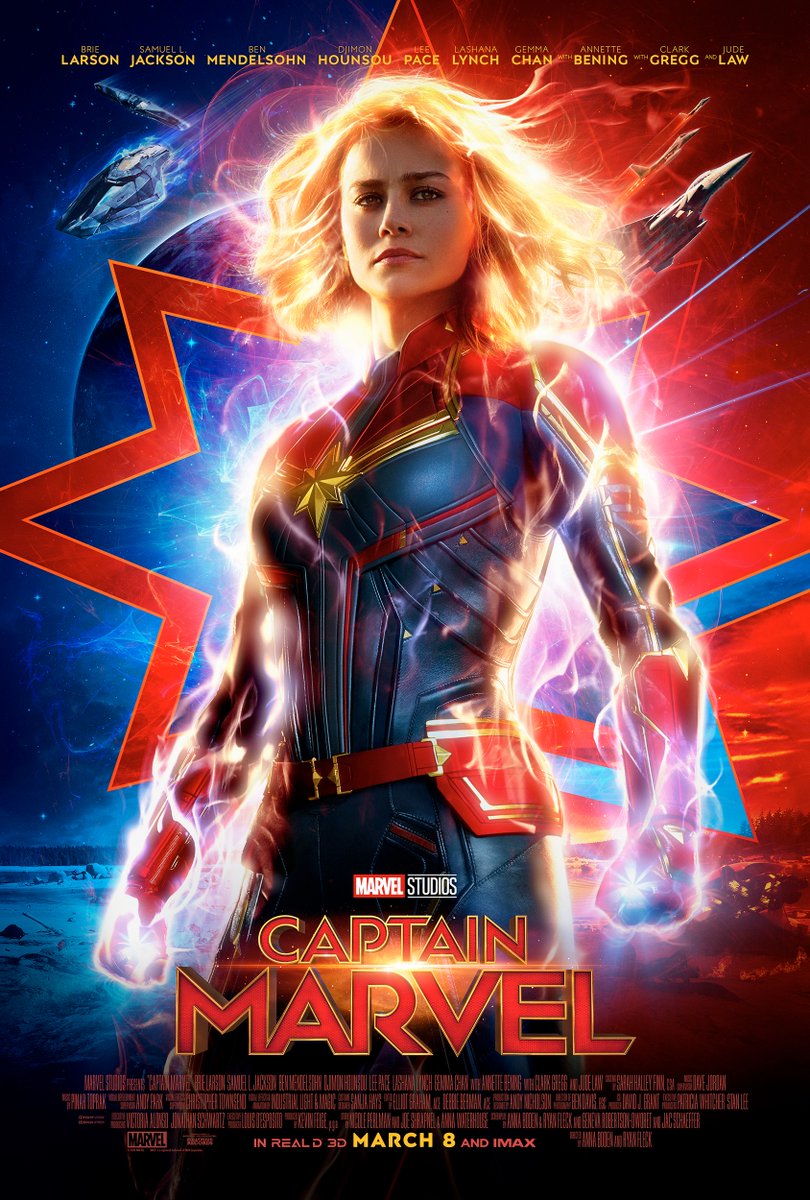 According to Kevin Feig, the head of Marvel Studios, Brie Larson’s version on Carol Danvers will aid in creating the most powerful character in the entire MCU.

“She is more powerful than any character we’ve introduced thus far,” Feige had said.

“So that alone tells you that there’s a reason Nick hit that button at the end [of Infinity War] when he realised that they were up against something far bigger than they had ever been up against before. And having her on your side is hopefully going to change the balance of power in a way that they desperately need.”

Captain Marvel flies into theatres on March 8, 2019. Other upcoming films by Marvel Studios include the fourth Avengers movie on May 3, 2019, and Spider-Man: Far From Home on July 5, 2019.