Geeks on Coffee
More
Home Comics Nick Jonas Throws His Hat Into The Ring For The Role Of... 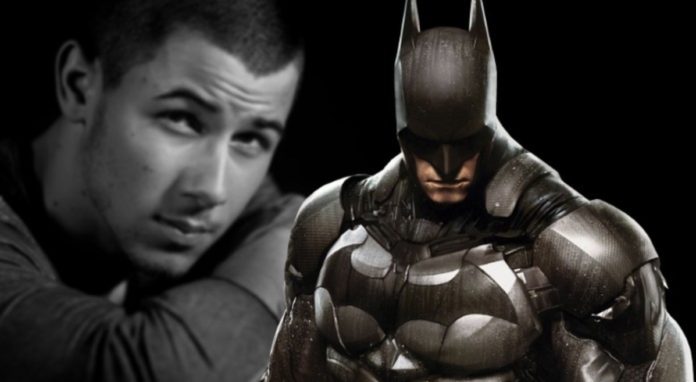 After many years of speculations and rumours about the next Batman film, Warner Bros. and DC have now hit all their fans with many official developments. In a 48-hour span, the fans learnt when Matt Reeves’s movie, The Batman would release and what the movie will be about. They also learnt that Ben Affleck would leave the franchise, and Reeves is now looking to tap a new and younger actor for the role.

As all fans drop the lists of suitable actors for replacing Ben Affleck as the character, Batman, there is one celebrity who has thrown his hat into this ring-Nick Jonas. 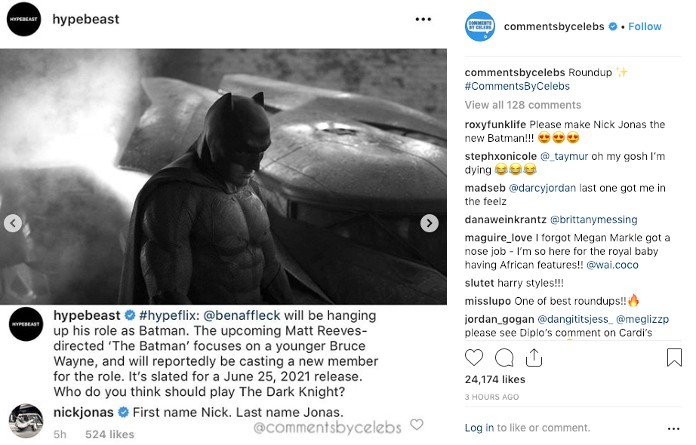 RELATED: November To See The Shooting Of ‘The Batman’

The “CommentsbyCelebs” Instagram page had pulled this exchange between Nick Jonas and Hypebeast on social media. The Hypebeast account had posted an alert stating,

“@benaffleck will be hanging up his role as Batman. The upcoming Matt Reeves-directed ‘The Batman‘ focuses on a younger Bruce Wayne, and will reportedly be casting a new member for the role. It’s slated for a June 25, 2021 release. Who do you think should play The Dark Knight?”

Nick Jonas had then dropped a comment with a suggestion-“First name Nick. Lat name Jonas.”

Maybe Nick Jonas is just having a little fun with all his fans over on social media by making a huge and a shameless plug for himself. We are sure that many more comments about this story will follow and it is not long before the Michael Scott “Noooo!” meme from The Office starts making an appearance. 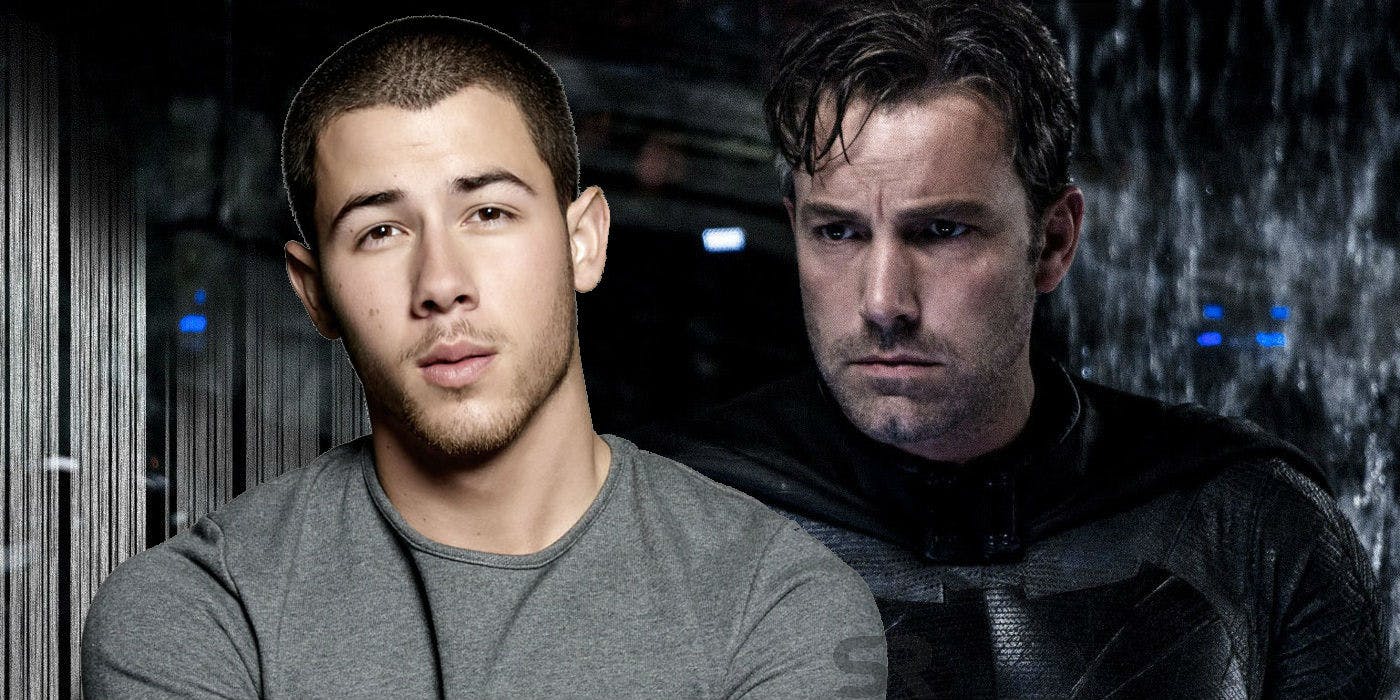 There is no word as of now regarding who may replace the actor, Ben Affleck as the Dark Knight. The speculation is now running pretty rampant on the Internet, but WB and DC have not dropped any hints regarding their official decision. It is very safe to say that Nick Jonas is not who they had in mind. The singer has been in the acting for many years now, with roles on Scream Queens and also Jumanji: Welcome to the Jungle.

30 Side-Splitting Deadpool Painting Memes That Will Make Fans Roll On...