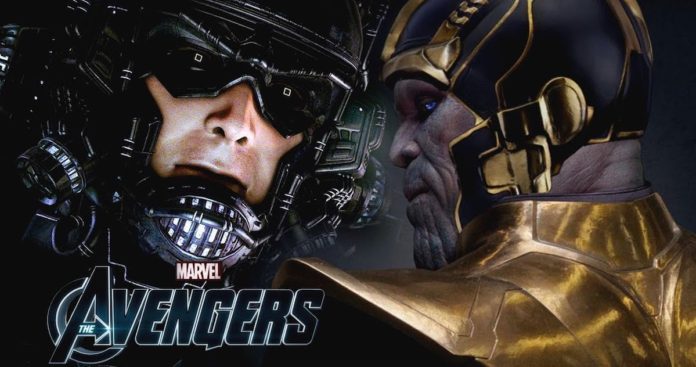 There are times when the villains can be the most entertaining, and at times they turn out to be so dominating that they eclipse the hero.

Here we will take a look at Marvel villains who would be a great addition to the MCU’s next phase. Some of them are well-known while others relatively unheard of outside the comic book fandoms. Ranging from Deadpool to Lady Death etc., here we present 7 Marvel villains that we expect to see in the MCU Phase 4. 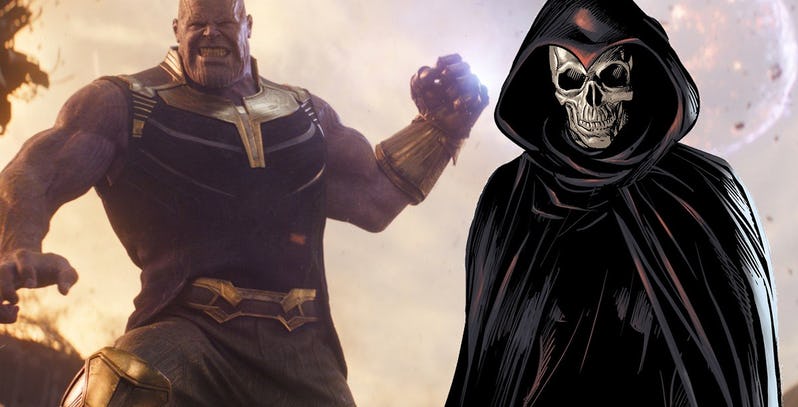 Whether you know it or not, Galactus is likely to be a much deadlier threat to our Universe than Thanos.

While Thanos was concerned only with killing half of all living beings on the planet, Galactus would not be satisfied with anything until he completely eats up the planet, and then he would proceed to eat a lot of other planets too.

Galactus would definitely give the heroes one of the most difficult challenges ever seen in the MCU, but, he would be the ideal opportunity to revamp the Silver Surfer.

The Silver Surfer is known to be Galactus’ herald, and he searches around for planets that contain sufficient energy to feed the monster. 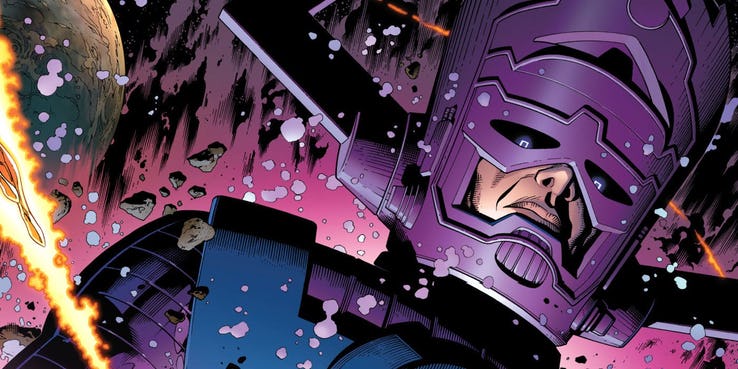 If we ever conduct a poll on the most popular Marvel supervillains in the history, chances are that Doctor Doom might be placed either on the first place or very close to it every single time.

The reason behind that is Doom’s terror that has affected every superhero he could come across. You can recognise him as the main enemy of the Fantastic Four, a franchise that has never succeeded on the big screen.

However, he has been seen with others too. Doctor Doom was a key player in the Secret Wars narrative and battled the Avengers in Doomwar.

He even took on the mantle of Iron-Man in the Infamous Iron-Man. You never know if Tony Stark gets killed by Thanos, Doom might just become the next Iron-Man. 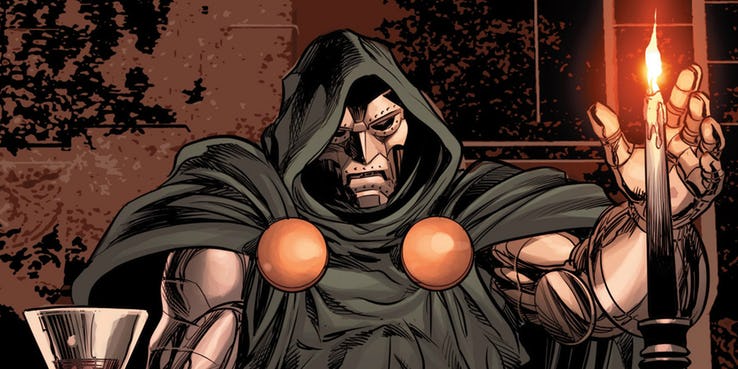 Morbius is a vampire, but, not technically, since he is not dead yet and that means he doesn’t have the weaknesses that a typical vampire suffers from.

This also gives him the freedom to emerge in the day and create a lot of problems for the heroes. It can also make defeating him much more difficult.

However, he has to feed himself just like the other vampires, and that makes him much dangerous.

Ultimately, Morbius stopped being the villain and promised that he would feed only on criminals. Therefore, he can be considered to be a villain with a redemption narrative, and that is quite unusual for the Marvel Cinematic Universe. 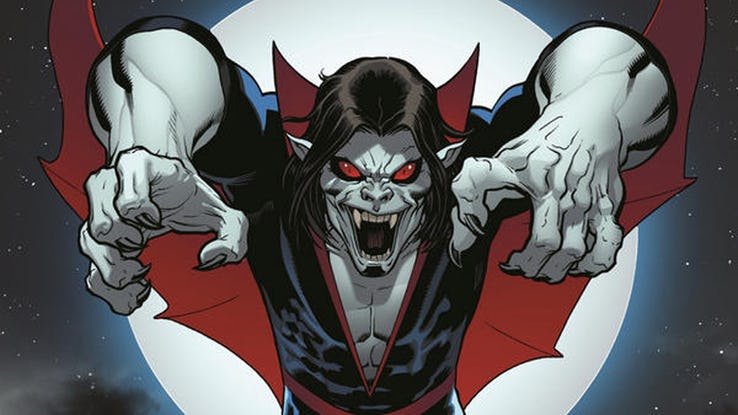 Assuming the Disney/Fox deal materialises quickly, Lady Death might be a fantastic way to merge the Avengers with Deadpool franchise.

Thanos and Deadpool have both been pursuing the love of Lady Death and have seen lengthy narratives featuring her.

Despite being impartial towards them and not being an out and out villain, Lady Death doesn’t bother about favouring the dead from time to time.

Her story arc might be a fantastic opportunity for highlighting the nature of evil. Does the certainty of death turns someone into a villain despite it being naturally a follow-up of life. 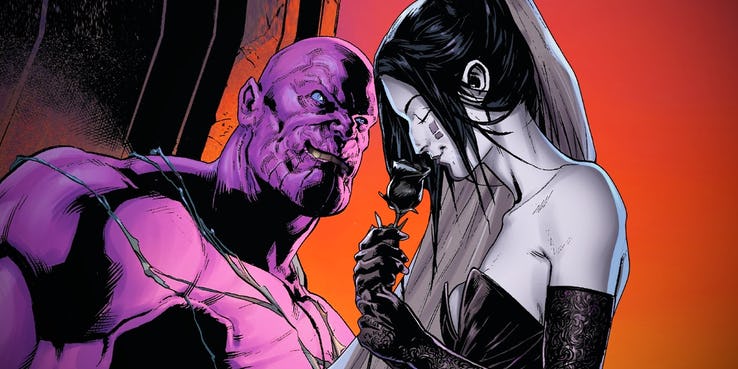 Black Panther has underscored the fact that a continuous barrage of jokes is not essential to make a Marvel movie successful.

There can be a serious and grim film with catastrophic scenes, and still be loved because the audiences prefer films that have some depth.

Introduction of Mephisto would certainly create a darker, much deeper twist and it would be nothing like what we have seen in the Marvel Cinematic Universe until now.

It has already been suggested that the next phase of the MCU will witness a change in tone from what has so far been the norm in the shared superhero universe. There is no better way to usher the new tone in than a monstrous devil who loves torturing souls.

Mephisto could be Marvel’s response to DC films like Suicide Squad and the proposed Harley Quinn/Joker movies.

Eric Williams was abused by his parents as a child. His mother used to insult him, and his father ignored him. That is why he was fated to turn evil.

His struggles might lead to a new topic of one’s basic nature vs. nurture, and the vitality of emotional intelligence in shaping one’s future.

Courtesy of villains like the highly popular Erik Killmonger from Black Panther and Loki/Hela from the Thor movies, it has become clear that the villains who gain sympathy can become big in the Marvel Cinematic Universe.

He has a painful origin story and ultimate redemption narrative, and Williams might be a fantastic character that would take a look at the intricacies of morality. 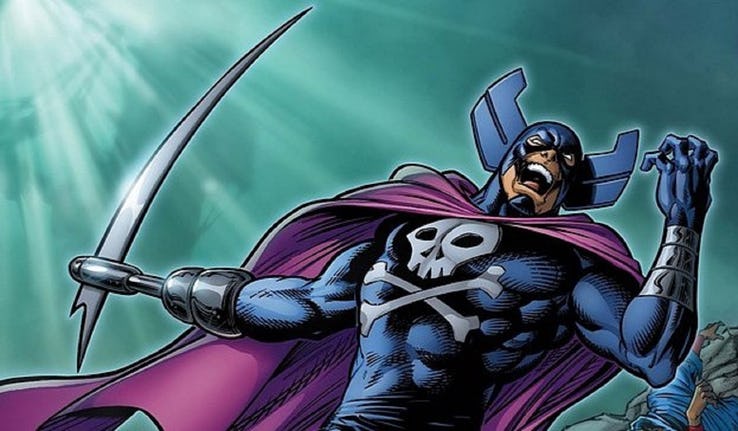 It is true that Jamie Foxx had already portrayed Electro in The Amazing Spider-Man 2, but, Tom Holland is now the Spider-Man and he can crossover with the MCU,  leading to various opportunities for the legendary villain.

There is also the option that Electro could be depicted as Red Skull’s son, and that would make a fascinating point for the casual audiences.

Electro has teamed up with Vulture in the comics, so this might be the next step for the Spider-Man films. While Electro has been a part of the Civil War storyline in the comic books, the movie has already been made, and he can’t be featured in it. 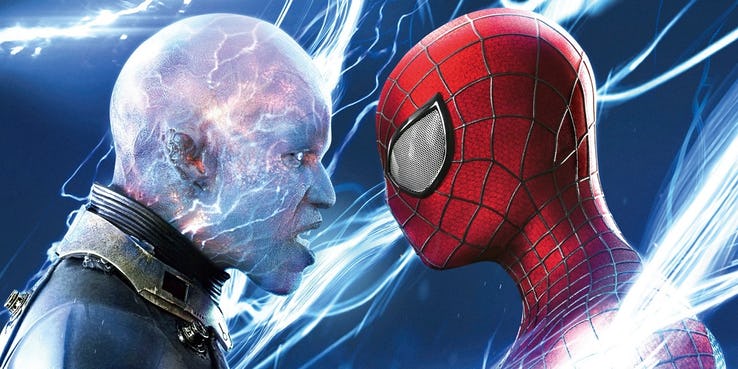