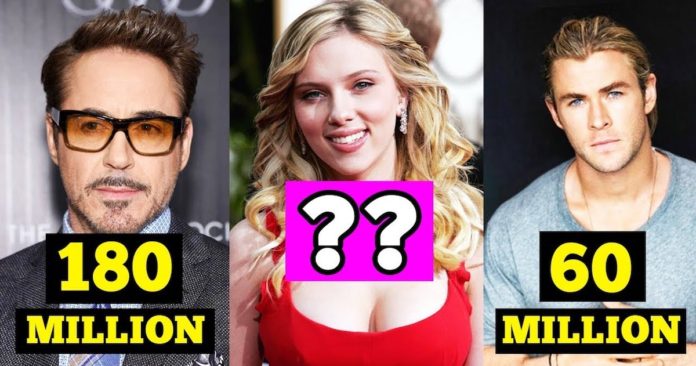 There is something very exciting about a superhero film that can make anyone a huge and devoted fan. Whether you are a DC or Marvel fan, you will have a favorite superhero. We have all seen actors and actresses come and go while playing characters like Batman and Spidey. 2018 looks like a year of action films as they are releasing non-stop. We have Justice League who went against The Avengers. We will have a Superman movie, Spiderman movie and a Wonder Woman movie in one year. A few of the richest actor and actresses in Hollywood are now playing superheroes roles, and they are enjoying it. In the light of this, here we have for you 20 richest superhero actors of the year, 2018.

20. ROBERT DOWNEY JR. IS ALMOST AS RICH AS STARK

RDJ has a net worth of almost $180 million, and it has been rumored that the actor was paid $200 million for taking on the role of Iron Man in the movie, Avengers: Infinity War.

“I ain’t him (Iron Man), I’ll tell you that flat out. There’s always a bit of a burn off period when they run out of call sheets for me. I’m just an actor”, RDJ has humbly said. 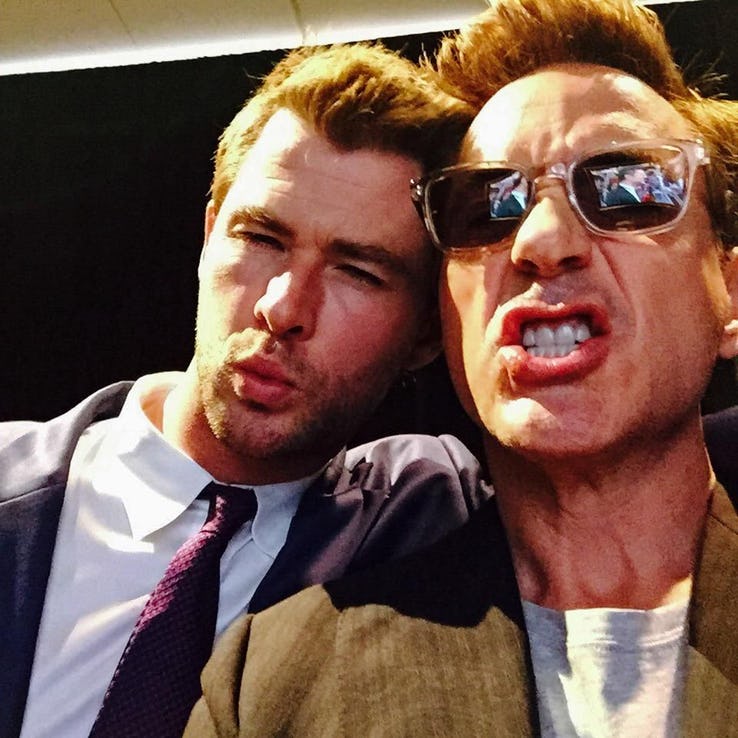 Chris Pratt rose to fame after starring in movies like Jurassic World and Guardians of the Galaxy.

“I know that me personally I’m different than anyone else, just like our mothers all tell us we’re all very special and unique, and we are, and I think if an actor can stick to trying to make the character resemble something from their own spirit it will automatically be unique. It’s not necessarily going to be trying to be Han Solo or trying to be Marty McFly or trying to be any other character you’ve seen before, it’s like, ‘no, this is gonna be just me in this role.'” 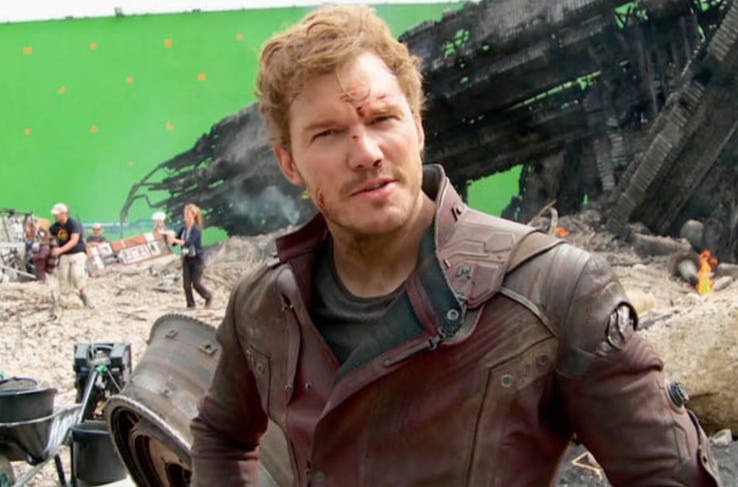 18. ONLY RYAN REYNOLDS COULD PLAY DEADPOOL

The actor, Ryan Reynolds had to really fight to get the role of Deadpool, and now we are happy he got it. He made Deadpool into the character that it is today.

“Yeah, Deadpool was at the time somewhat dead in the water. I had a bit of that cliché moment right before you marry someone, where you’re telling the love of your life you’re going to marry this other person unless they object in this moment. But [Fox] just couldn’t really pull the trigger.” 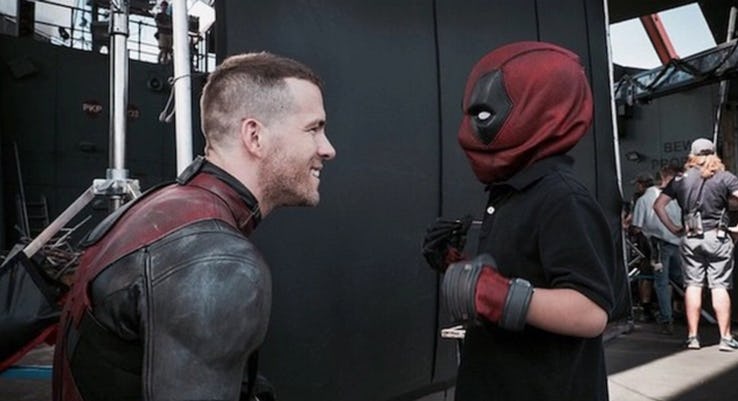 Scarlett Johansson is easily the most badass female superheroes ever. The actress has a net worth of $100 million, and it has been rumored that she was paid $25 million to play Black Widow. The actress gets a $6 million bonus for this role if the film earns more than $900 million at the box office. “I really like playing Natasha; playing the Black Widow. It’s been an interesting journey, to take a character and grow it over these years, and peel the layers back and be able to, as you do in life, grow with this person. It’s a character that’s really enigmatic and has an amazing origins story, so there’s a lot for me to play off of.” 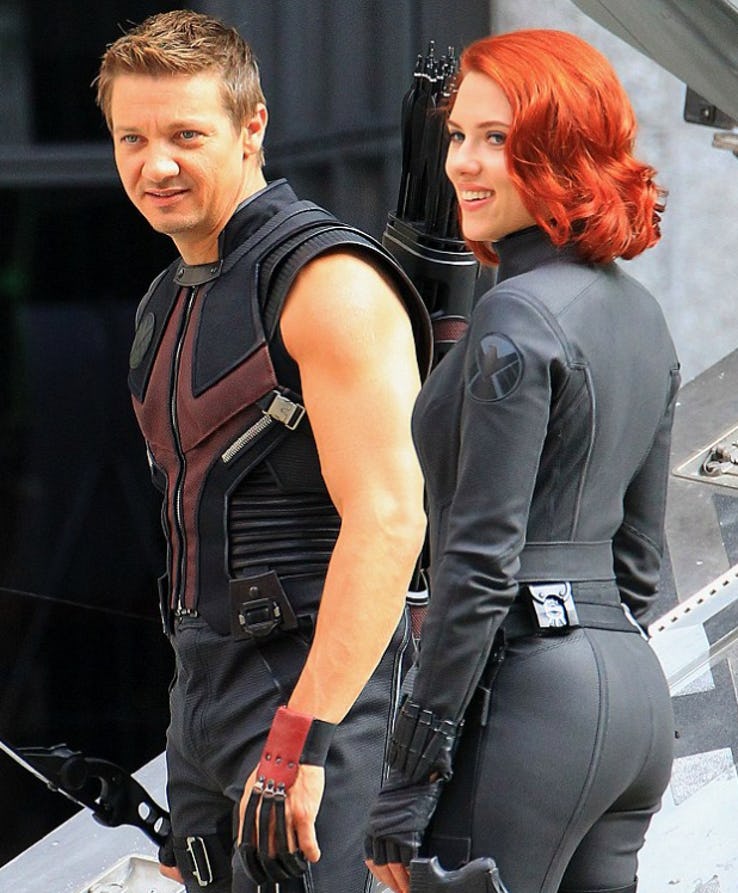 None of us had thought that the actor, Ben Affleck could pull off a good Batman but he had surprised all of us. The actor has a net worth of $100 million, and he had been paid $15 million for taking on this role of the Dark Knight.

“I like this version of Batman a lot. It was a lot to carry around the danger of being angry and resentful of Superman the whole time, which led to a darker tone.” 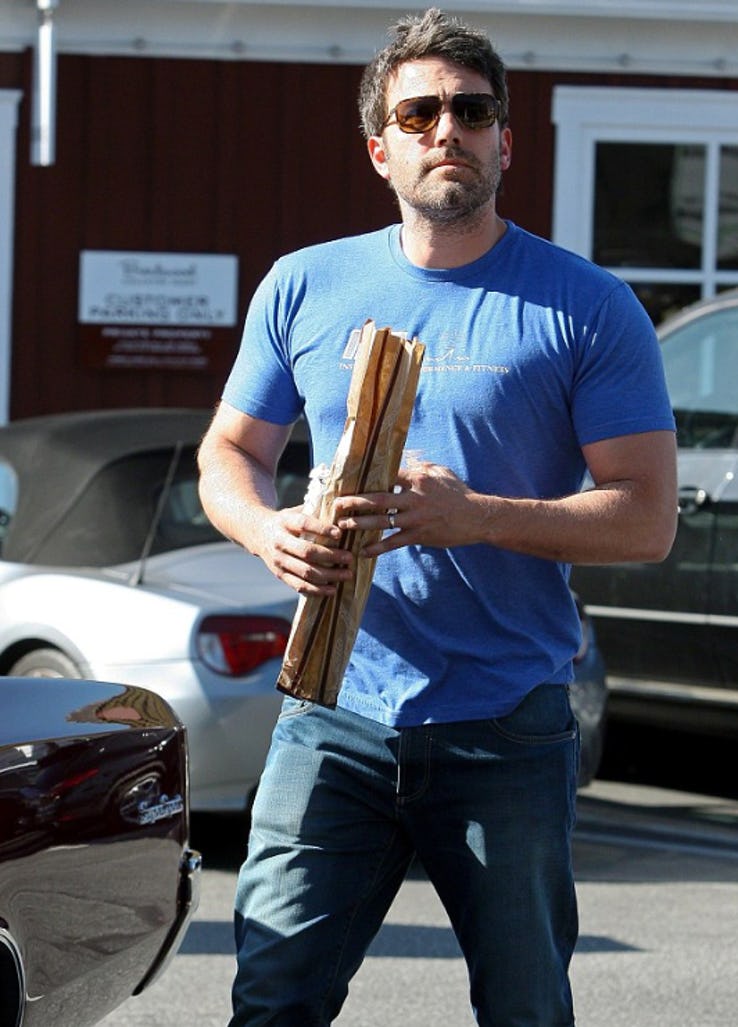 15. CHRIS HEMSWORTH IS A BOLT OF LIGHTNING

Chris Hemsworth has been playing the role of the character, Thor for a quite some time in a few solo movies in the Avengers franchise. The actor has a net worth of $60 million.

“I came into this and called Joe and Anthony and said, Look, don’t write me the old Thor, we’ve got a new Thor now.”

The only problem was that the Russo brothers had decided to reinvent the character and Hemsworth had a pretty tough time with this:

“I was like ‘no, no, no’ and I was really protective of what I’d created with Taika.” In the end, he accepted it. “They then said, ‘No this is a whole different thing; Thor’s never faced something like this, never been a part of this large ensemble. I think for our characters it was difficult but for me a hugely exciting adventure.'” 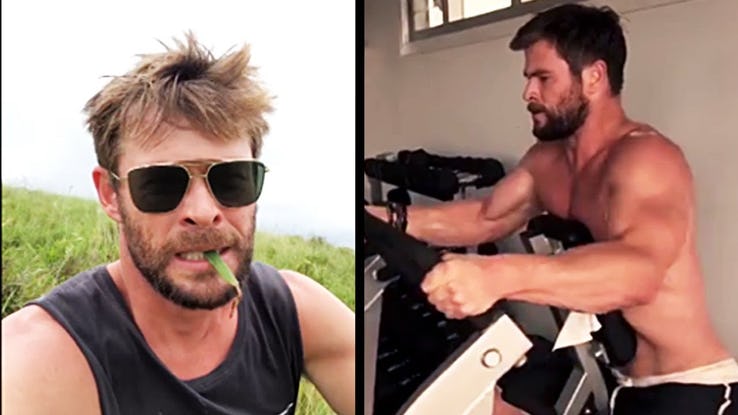 The actor, Chris Evans had come into the scene as the character Captain America and stunned the world. The actor has a net worth of $50 million, and he had started off as making $300,000 for the role of Captain America.

“Myself, Downey Jr, and Hemsworth, we all kind of started roughly at the same time.” He had said, “I mean, I think we all [thought] Avengers 4 kind of wraps it up. But at this point, I don’t know what’s next.” 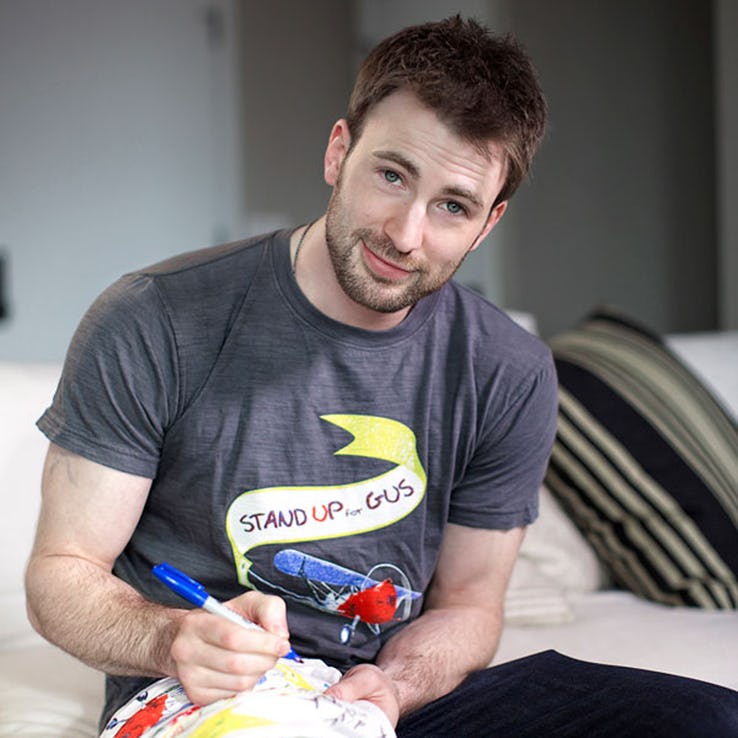 13. HENRY CAVILL IS A NOBLE SUPERMAN

Henry Cavill had played the role of Superman way before he was a part of the Justice League. The actor has $20 million of net worth, and he had gotten paid $14 million for his role as the Man of Steel. “The people who aren’t die-hard Superman fans still need to be able to associate with the character, and that needs to have a sense of realism in today’s world, certainly a sense of science as opposed to mythology attached to it as well. So, people, as I say, can associate and have an emotional connection with him.” 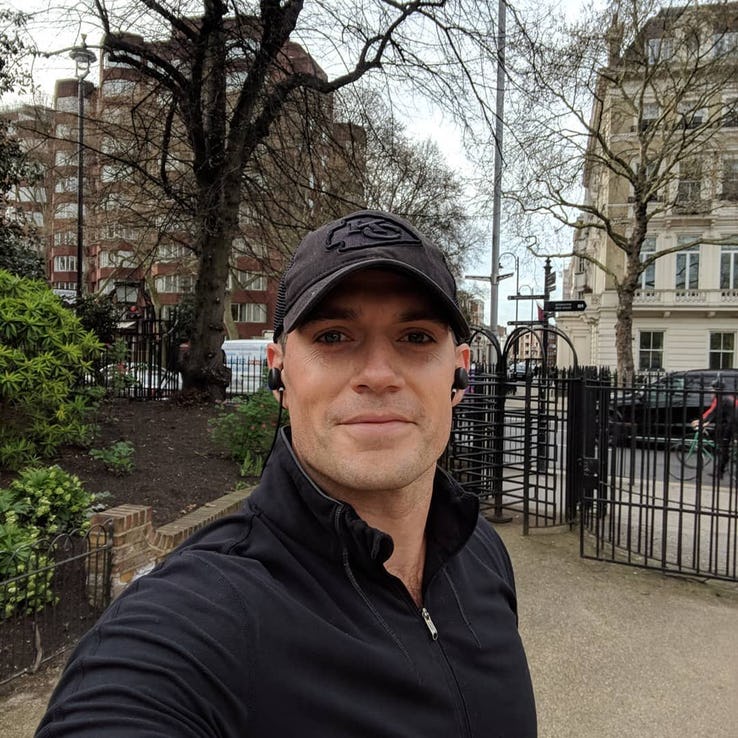 12. MARK RUFFALO IS A BIG SOFTIE

Mark Ruffalo was super surprised when it had come to the role of The Hulk, and he had replaced Edward Norton. Ruffalo has spoken about how he really feels the Hulk is trying to fit in the Avengers. “Once again, I think he’s trying to find his place in the line-up. He’s having some difficulties integrating with the rest of the group, but he’s also privy to some information that is essential for their survival. Banner knows probably more about Thanos than probably anybody, and he’s really trying to impress on everybody how dangerous he is.” 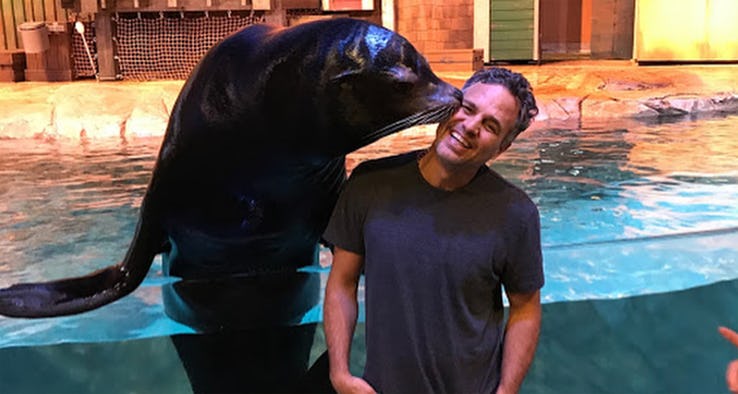 11. ZOE SALDANA IS ONE TOUGH LADY

Zoe Saldana plays the role of Gamora in the Guardians of the Galaxy movies and also recently reprised this role in the movie, Avengers: Infinity War. The actress has a net worth of $20 million.

“I was surprised by all the other stories that were not a part of the story that I shot. A lot of Gamora’s involvement in this whole event takes place with certain characters [namely, the Guardians of the Galaxy], so obviously, she would be completely impervious to whatever is going on outside of that. So, for me as an actress, I was kind of like that as well.” 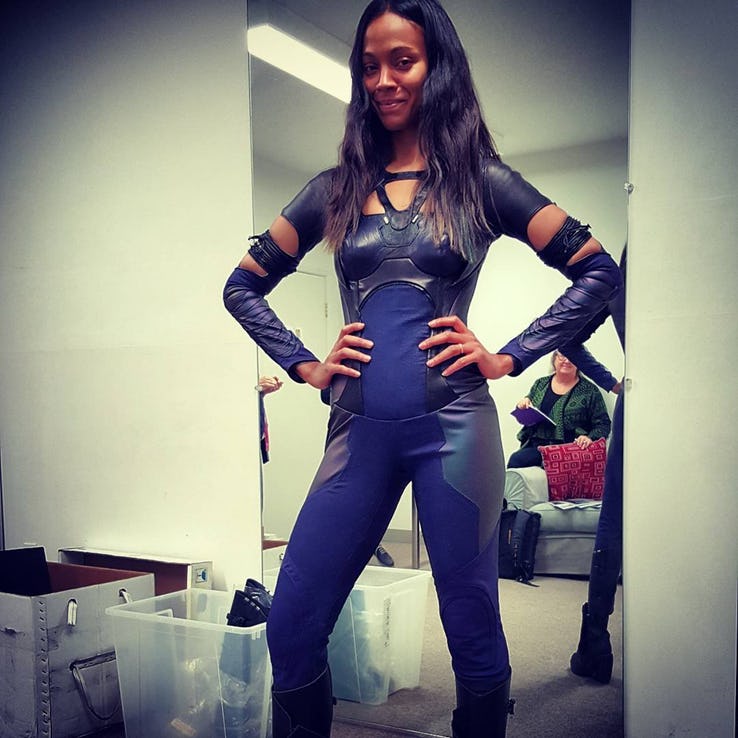 10. BRADLEY COOPER IS A FOX

Bradley Cooper is an A-list actor and has a net worth of $100 million. He is an A-list actor, and so he does not have to wear a green suit and mimic Rocket’s movement in the movies, and this is done by Sean Gunn: 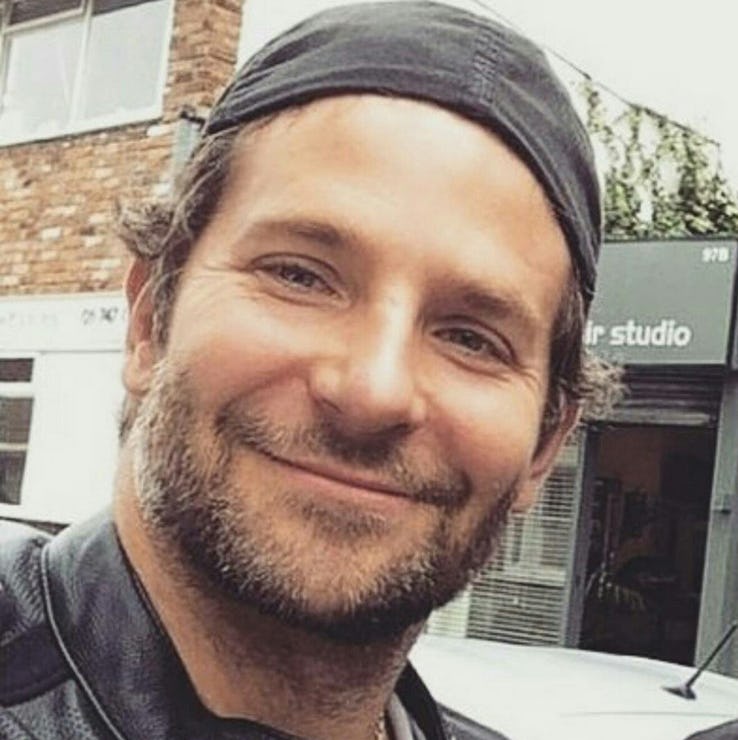 Paul Rudd had recently taken on the character of Ant-Man in the movie, Ant-Man, and the Wasp. The actor has a net worth of $30 million.

“The idea of doing something so different from anything I’d ever done before, and that people might hear that I was cast in this movie and their reaction might be, ‘Huh?’ Because it didn’t jibe with the rest of the stuff. So that was a huge appeal and the fact that the movie kind of fired on all the cylinders that I’m interested in and that I like, that it’s funny, but it has heart. There’s an emotional story that you can kind of get invested in. And then the visuals and the action and the effects are — I mean, they’re crazy good.” 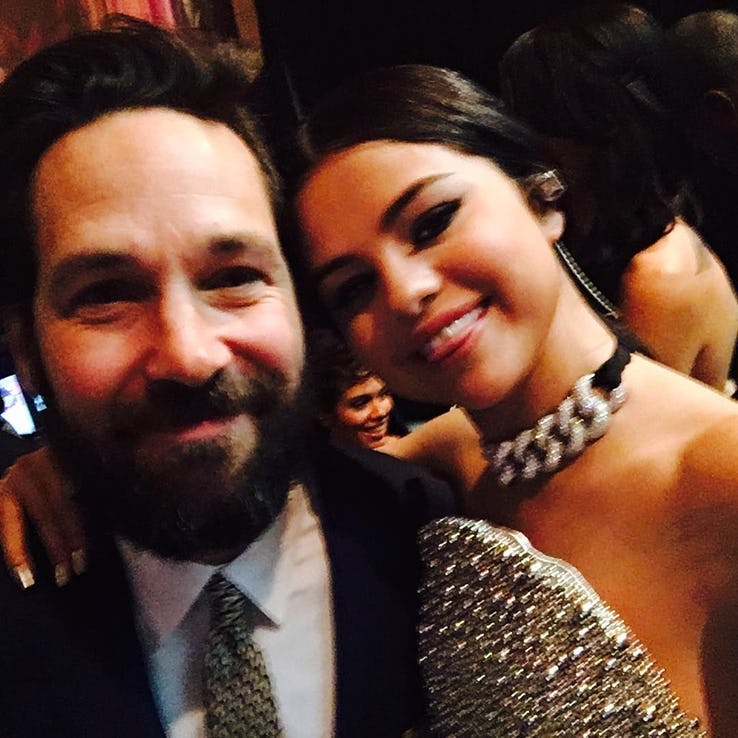 You might not really known this, but Paul Bettany had played the voice of Stark’s A.I. J.A.R.V.I.S. Bettany said that he got the role of JARVIS and Vision because of Joss Whedon:

“They [Marvel] have a rule, that you’re not allowed to play more than one character in the Marvel universe. They broke the rules. They bent the rules slightly for me because Joss really wanted to bring the Vision into the film world, and he really wanted me to do it.” 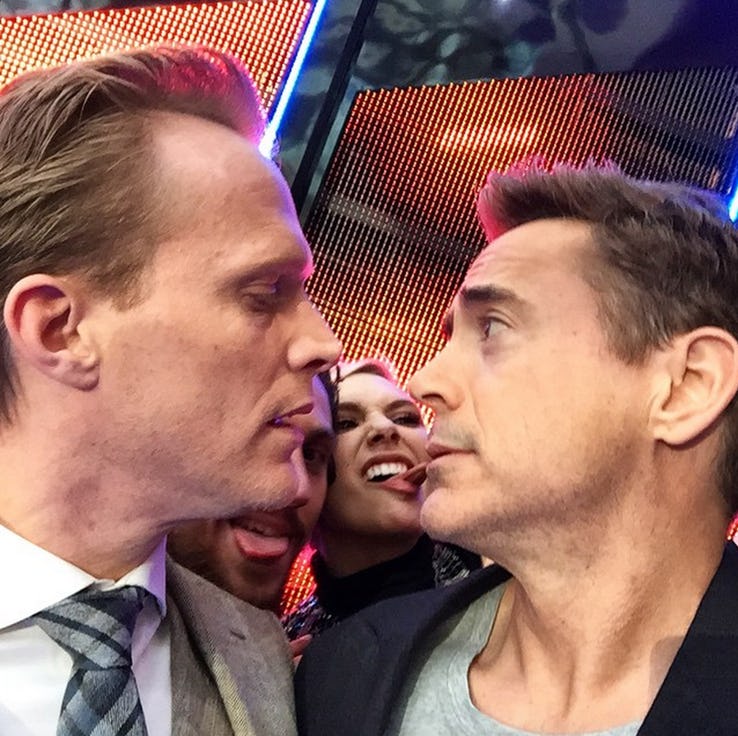 7. BENEDICT CUMBERBATCH IS A CLASS ACT

Benedict Cumberbatch had come on the superhero scene as Doctor Strange. The actor has a net worth of $30 million. He really brought the fans the best version of the character. 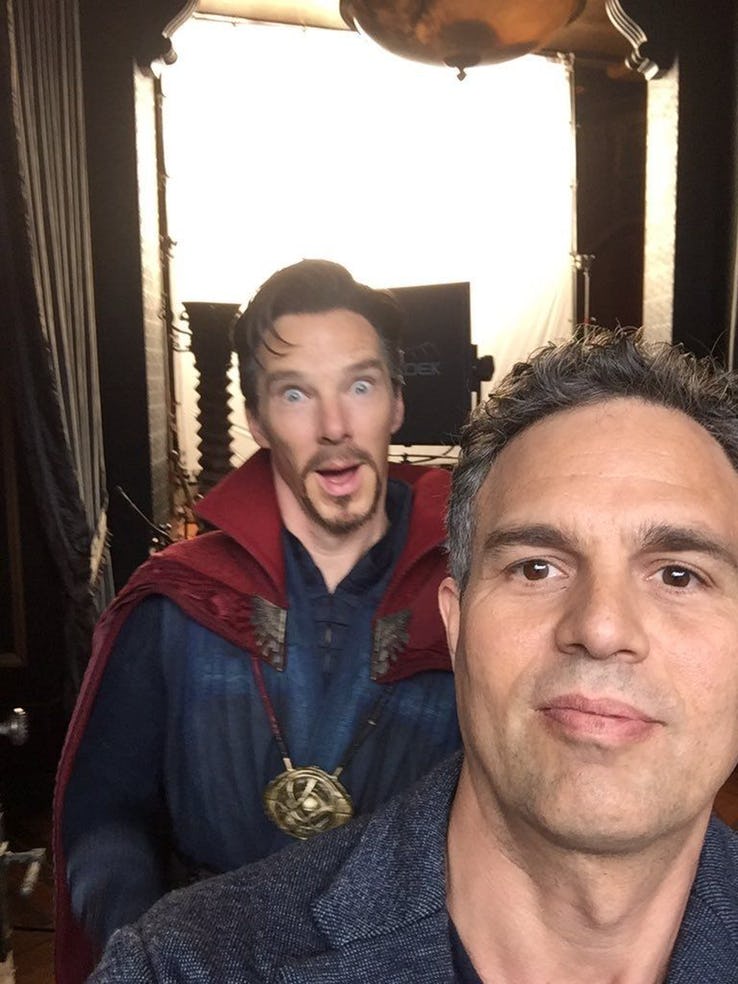 This actor has a net worth of $160 million and had been reportedly paid $35 million for the role of the character, Groot in the movie, Guardians of the Galaxy. Diesel had said that this role helped him in coping with the loss of Paul Walker.

“That was healing for me. To play a character that could reincarnate, rejuvenate and represent life as trees do.” 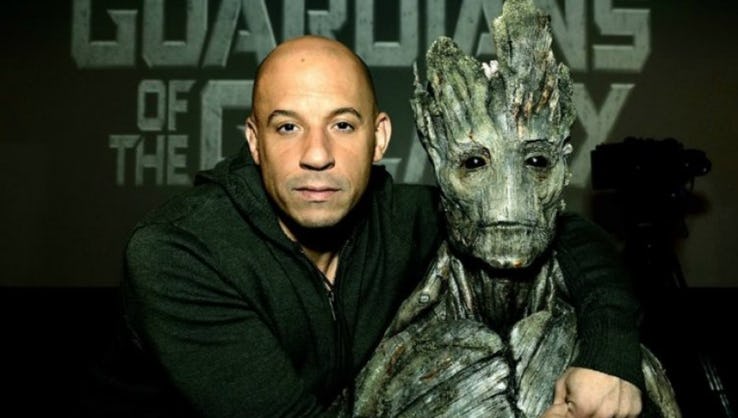 5. TOM HOLLAND HAS HIS OWN TAKE ON SPIDER-MAN

Tom Holland had started up the Spider-Man franchise in the year, 2017 he had been being scouted out for the Avengers, But Tony Stark seems to like him and in the movie, Avengers: Infinity War we saw that he had become an Avenger. The actor has a net worth of $4 million. 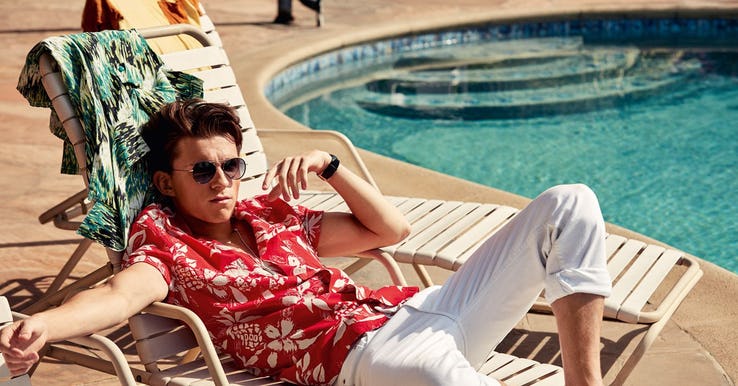 4. GAL GADOT IS A WONDER ON THE SILVER SCREEN

Gal Gadot had started by playing Wonder Woman in Batman v Superman: Dawn of Justice and then she got her own movie. She is worth $8 million. 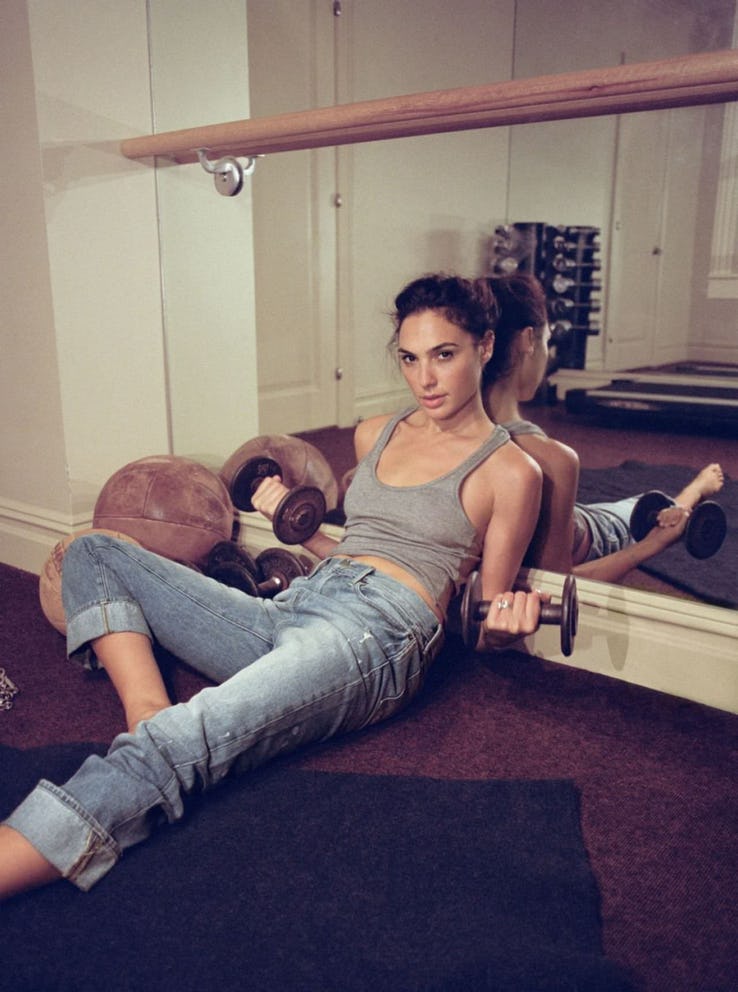 The actor has been playing the role of the character, Nick Fury since the year, 2008 and he will return in the movie, Captain Marvel. He has a net worth of $220 million. 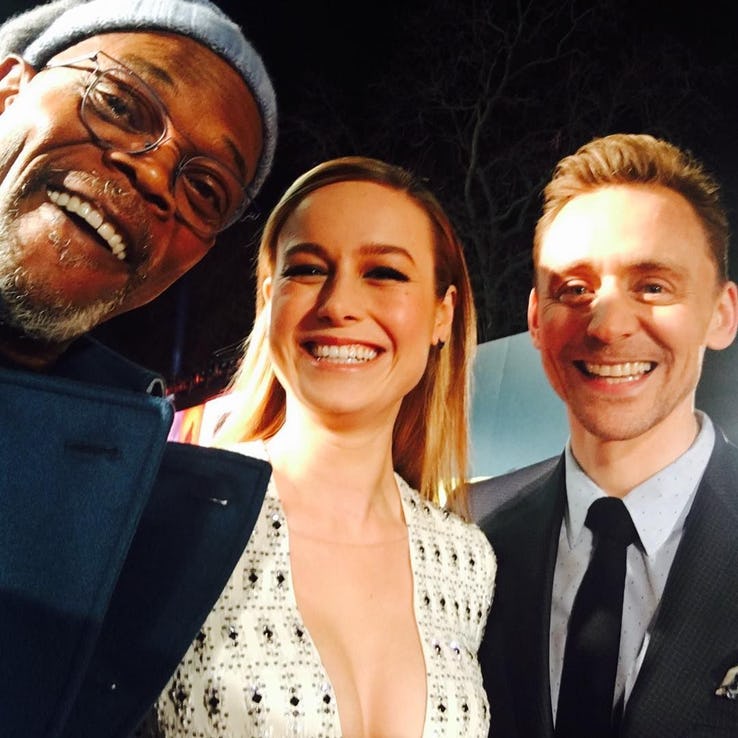 2. DON CHEADLE IS THE WAR MACHINE

Don Cheadle was invited to Avengers: Infinity War as the character, War Machine and he has a net worth of $35 million. We had seen him in the Iron Man films, and he had dabbled in movies like Oceans 11 and also Flight. 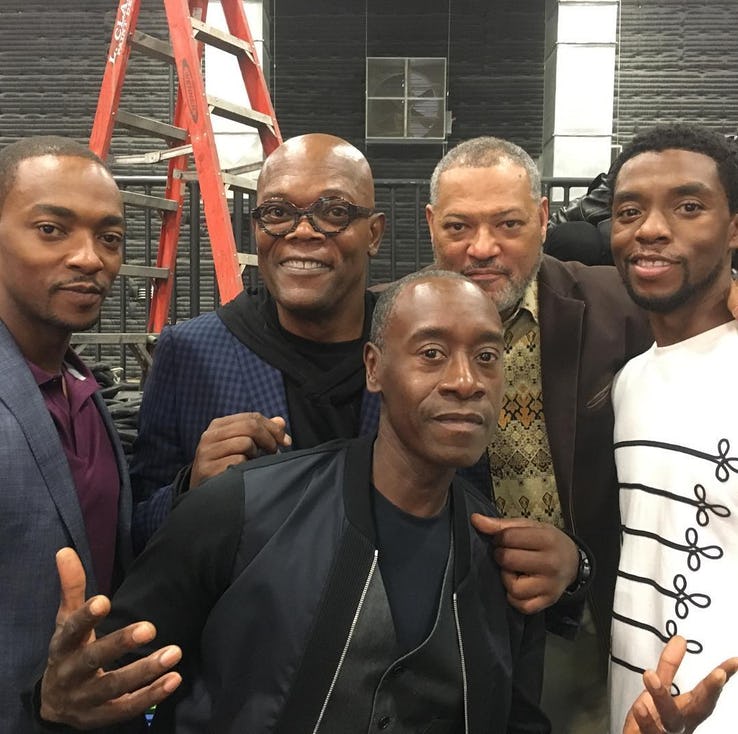 1. KAREN GILLIAN IS A RISING STAR

Karen Gillian plays Nebula in the Guardians of the Galaxy movies, and the actress has a net worth of $2 million. 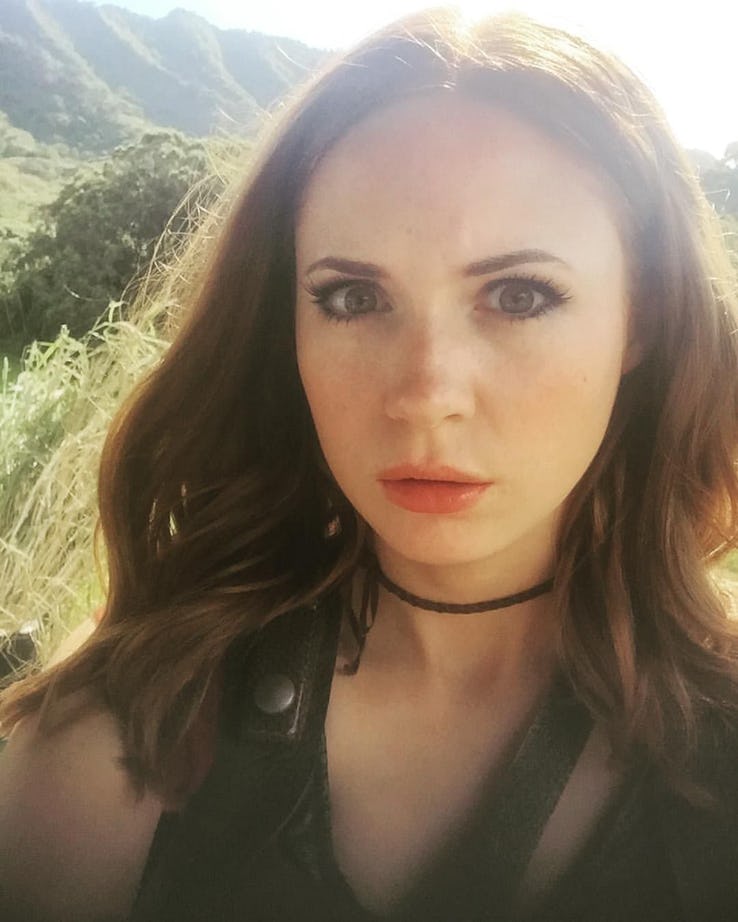 Here Is A Cool New Avengers 4 Fan Trailer Revealing The...