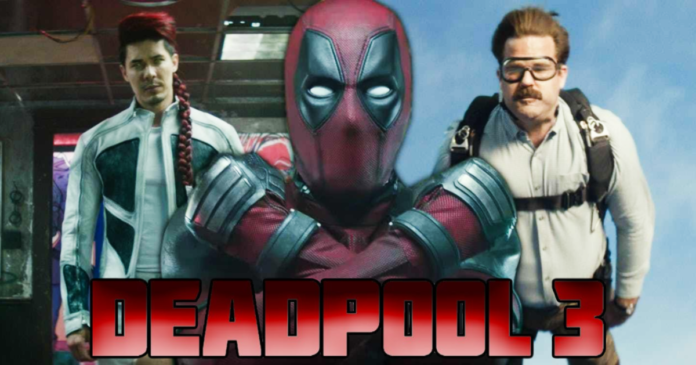 Yes, the X-Force might be dead, but the Deadpool creator, Rob Liefeld has now expected the Ryan Reynolds-led franchise to continue growing in “some form, some fashion.”

“That’s not a concern to me,” Liefeld had tweeted.

“Disney paid $60 billion for Fox and Deadpool is the most valuable asset in today’s market. Makes more than X-Men films.” 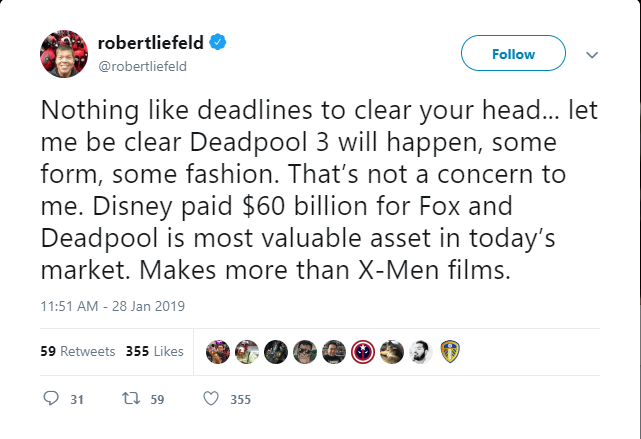 Disney had bought $71.3 billion to acquire 21st Century Fox in a deal that had been expected to be completed by March.

Liefeld had then commentated that this deal would mean that the X-Force, writer-director Drew Goddard’s planned offshoot of the movie, Deadpool 2, would reteam Reynolds with franchise newcomers Zazie Beetz and Josh Brolin as a much more violent band of black ops X-Men was dead in the water, calling the $800 million-plus grosser a “victim of the merger.” 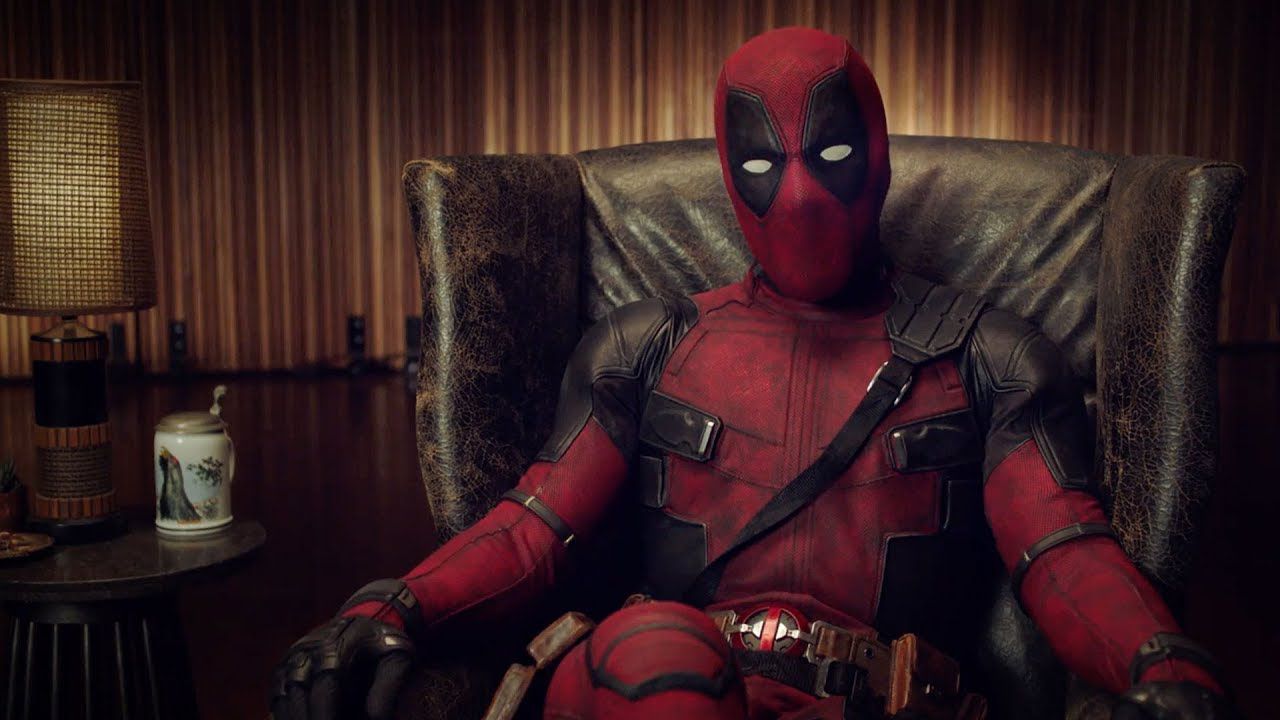 Although Reynolds had been unsure of a Deadpool 3 movie in the wake of the sequel, as of January, a third movie is now in development with Paul Wernick and Rhett Reese who have been reported to be take this franchise “in a completely different direction.”

By May, when this spinoff had seemed more definite, Reynolds had said the Deadpool franchise would move ahead under the X-Force brand:

“I don’t know that there would be a Deadpool 3. I really don’t,” Reynolds had said. 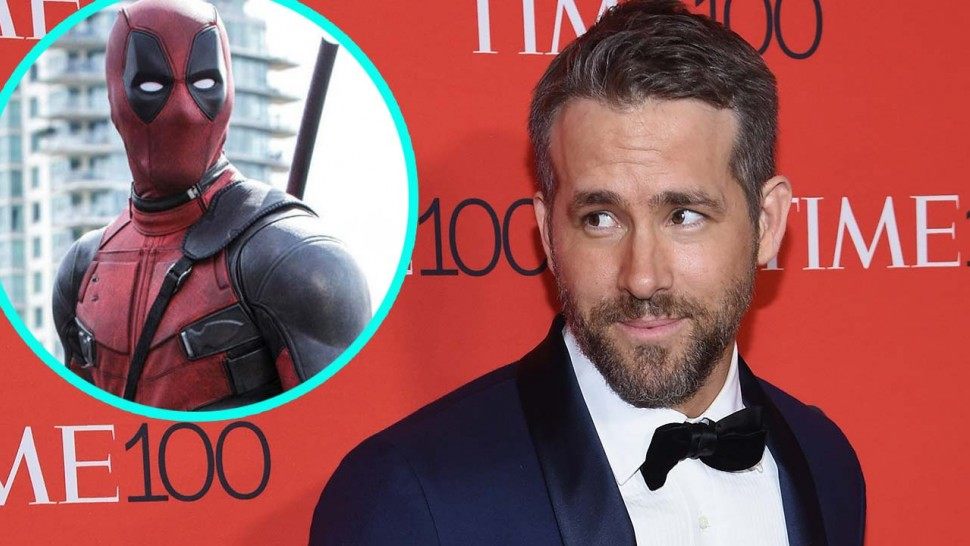 “I feel like the character, in order for him to function properly within his own universe, you need to take everything away from him. I don’t think that you can keep doing that. I do see him as being a part of X-Force, obviously. I would love to see him in a team-up sort of thing, like a mano a mano or a great female character from the X-Men universe. I just think if you’re going to do another Deadpool solo film, you’ve got to really, like, get that budget down to nothing and just swing for the fences, and break all kinds of weird barriers, and do stuff that no one else can do.”

Disney’s CEO, Bob Iger had also confirmed that X-Men, Deadpool and Fantastic Four would fall under Kevin Feige and his Marvel Studios banner. 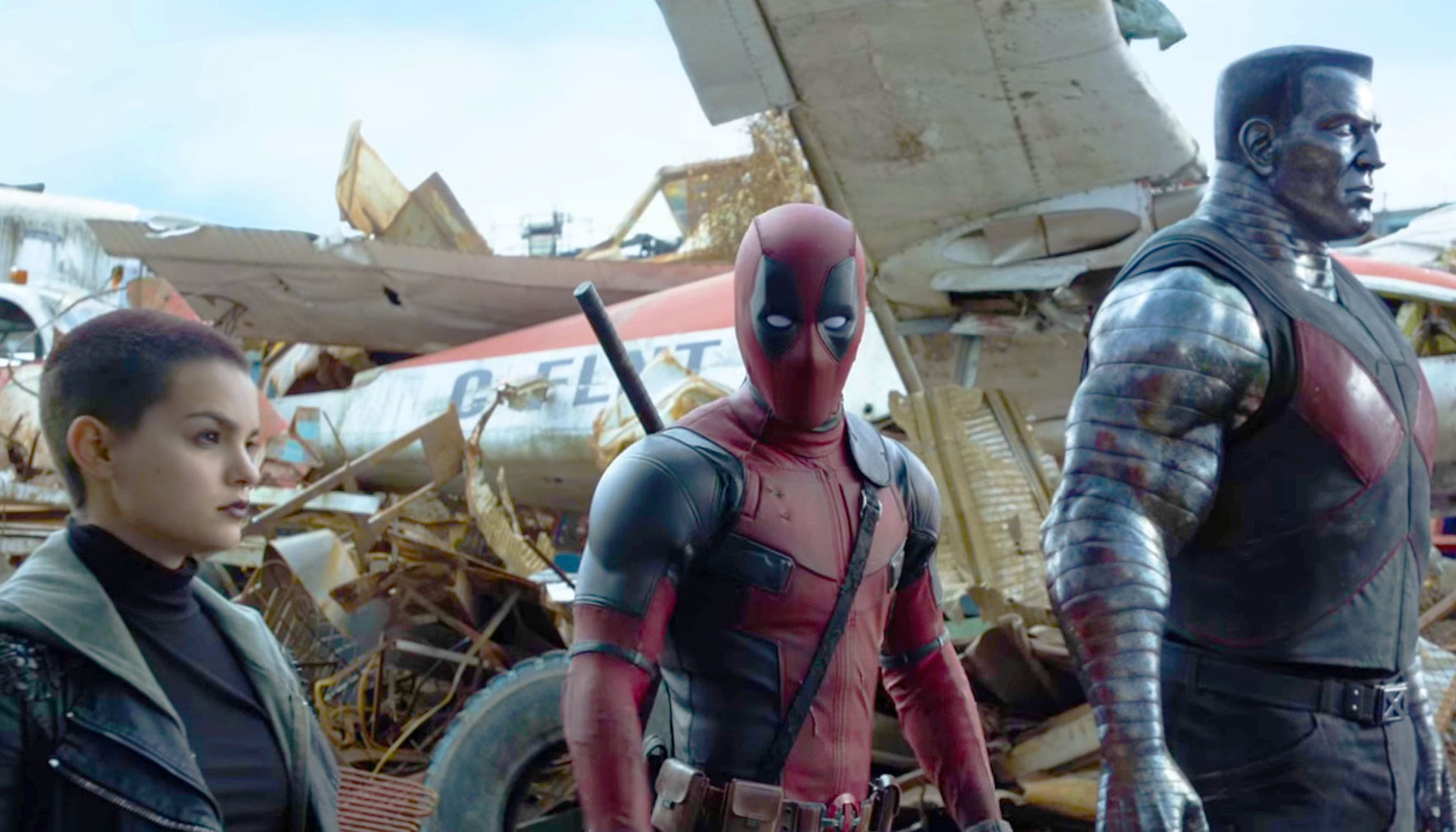 Although Feige is pretty firm that the studio is yet to put any plans with these characters into motion, Marvel has been expected to retain Reynolds as the character, Deadpool, even if this franchise gets rebooted.