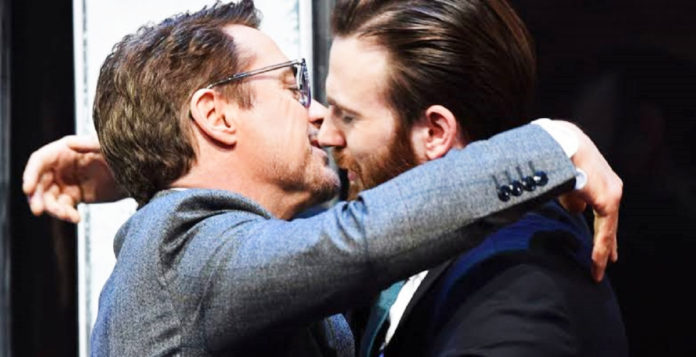 Recently, Chris Evans posted an emotional message on social media, that hinted at the end of his MCU run with the completion of Avengers 4’s filming. The thought of Evans not playing Captain America anymore is a heart-breaking one for the fans, but, now his Marvel Cinematic Universe co-stars are replying to this farewell message, and they include Robert Downey Jr.

The Iron-Man hero used Twitter to share his reply to the message from Evans, and it comprised of a tear-jerking mix featuring the Avengers: Infinity War and the famous Toy Story franchise. Take a look at it below:

“We all know who the real sheriff in town is @ChrisEvans,” Robert Downey Jr. wrote in the caption for the image featuring Buzz Lightyear and Woody from Toy Story reimagined as Iron-Man and Captain America and the iconic catchphrase of Buzz “to infinity and beyond” was modified as “To Infinity War And Beyond.”. This clearly showed how this was a take on the friendship between the two Disney/Pixar characters. Nope, we are not teary-eyed, but, you are. 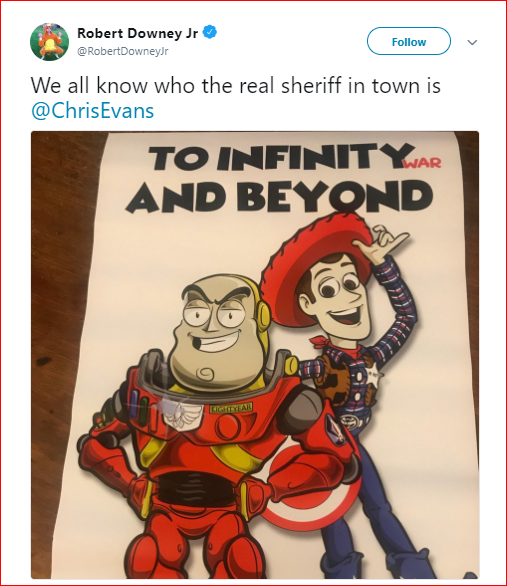 Evans shared a message with fans earlier in the week, and it read, “Officially wrapped on Avengers 4. It was an emotional day, to say the least. Playing this role over the last eight years has been an honor. To everyone in front of the camera, behind the camera, and in the audience, thank you for the memories! Eternally grateful.”

RELATED: Chris Evans Announces End Of Filming For Avengers 4 With An Emotional Tweet That Has MCU Fans In A Frenzy

Although fans are heart-broken about Evans’ apparently leaving the role of Steve Rogers/Captain America and the Marvel Cinematic Universe, Evans has been quite frank about his time in MCU ending soon, for a while. As far back as 2014, he had told BuzzFeed during the filming of Avengers: Age of Ultron that there was a particular date of expiry to his contract and he would miss it when it ends.

“So halfway through!” Evans said. “I mean, I’m going to miss these when they’re done. I really will. This has been a lot of fun, and they’re only getting more fun. Especially because there’s a trust in Marvel that you’re going to make something good. It would be really lousy to be stuck in a contract knowing that you’re making sh-t. And I just don’t feel that way. It’s really a blessing that this kind of fell in my lap. Sometimes you don’t really feel deserving of it. But I’ll take it.” 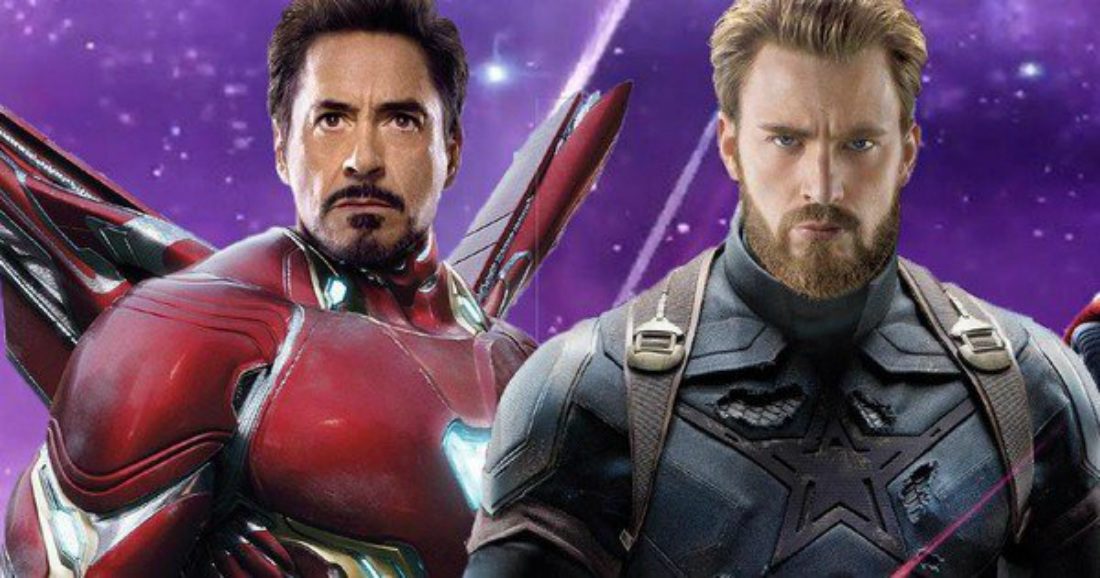 It is becoming clear that Avengers 4 is the actual end of Evans’ run in the MCU, it is not yet known how will they conclude the story of Steve Rogers. He might die, and that is a theory which has been quite popular among fans. It is theorized that the original Avengers will give up their lives to revive the newer characters and heroes. Assuming Captain America really dies in Avengers 4, it would rule out any chances of Evans’ coming back in the future, and that is why his goodbye and Robert Downey Jr.’s post becomes even more meaningful. 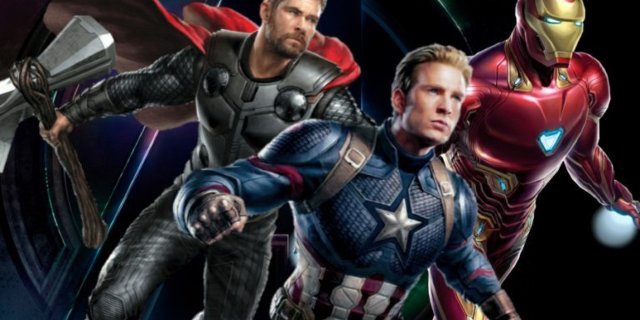 Every Time Marvel Mislead Their Fans With Edited Trailers