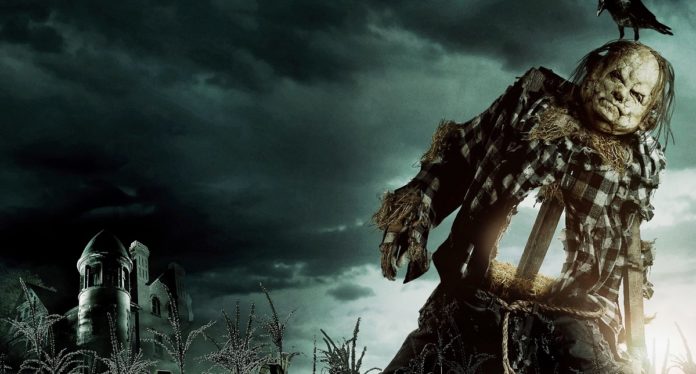 All the horror fans will now be treated with a live-action movie adaptation of Scary Stories to Tell in the Dark. The fan-favourite Guillermo del Toro had surprised all his fans by dropping a poster for his upcoming film.

While taking to Twitter, the director had dropped a poster and had also omitted the use of captions. 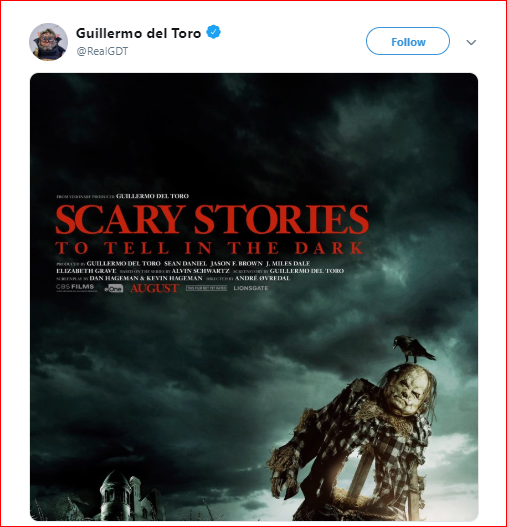 The del Toro movie will be based on the horror trilogy that goes by the same name. This had been published in the year, 1984, and Scary Stories to Tell in the Dark was written by Alvin Schwartz.

Del Toro has also written the script of the movie with Marcus Dunstan, Patrick Melton and Dan and Kevin Hageman.  Scary Stories will be directed by André Øvredal, and the producers are Jason Brown, Elizabeth Grave and Sean Daniel.

This is the full synopsis of the movie:

“Inspired by one of the most terrifying book series of all time, Scary Stories to Tell in the Dark follows a group of teens who must solve the mystery surrounding a wave of spectacularly horrific deaths in their small town.”

Scary Stories to Tell in the Dark screams will release on August 9th, 2019.