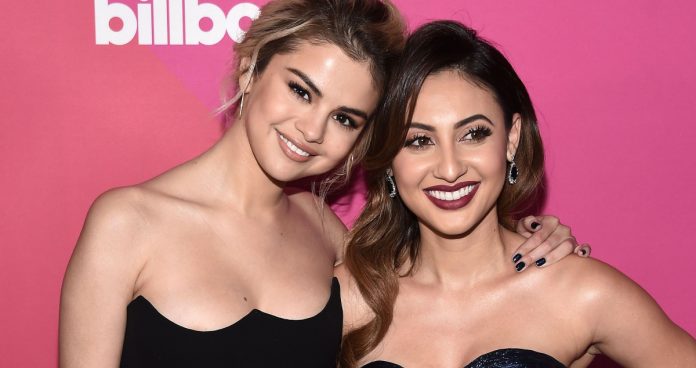 Well, the thing with tattoo is that they are pretty, personal and meaningful. Selena Gomez made sure to have her fans mesmerized with each of her tattoos that are pregnant with meaning and are symptomatic of important events in her life. All her smatterings are dainty designs that look super tasteful and recently she made an addition to her collection. She got a matching tattoo with her bff Francia Raisa. Raisa also happens to be the one to have donated a kidney to Selena.

The last of her thirteen tattoos was revealed with the launch of Selena’s trippy music video “Rare”. Fans noted the tiny speck of a set of numbers on the back of her arm. It was later clarified that the numbers represent the date in June 2018 on which she had her kidney transplant.

Even though we got to tattoo in all its glory recently, the news about it had already spread after Gomez went live on Capital FM. She shared that the numbers represent the day she had the transplant from Rasia. The bffs share this tattoo that marks an important life moment for both of them.

So my rare video is out! So I’m posting a few pics from that day

She went ahead and talked about other two tattoos: the praying hands on her thigh and tiny arrow on her hand and the meanings behind them.

“The one on my thigh – I’ve always wanted something that was a bit bigger than anything I’d had and it’s the prayer hands, which is actually something my dad had on his calf growing up, so I wanted it a little bit to be a tribute to him,” Selena disclosed.

“And then Julia Michaels and I got these matching arrows so that when we hold our hands the arrows are pointing at one another.”

Tell us what you think about her tattoos. Are you still unsold on the idea of getting a tattoo with your bff?