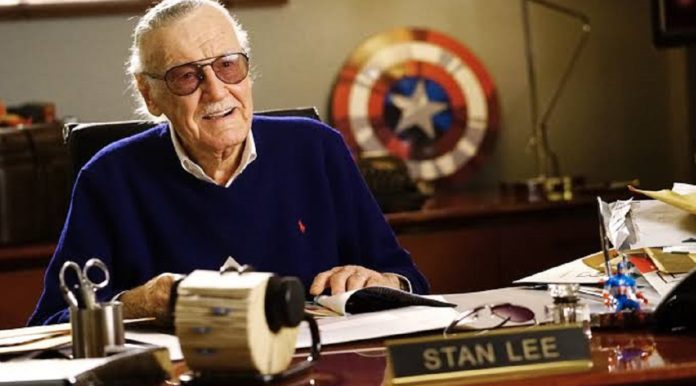 A few days before Stan Lee had passed away, he had met up with Roy Thomas. Now, Thomas has shared a photo of this visit online.

Thomas had said that Stan Lee sounded like he was actually “more than ready to leave Earth.”

“I’m sadder than I can say that Stan has died,” Thomas had said.

“Even though I know, from my recent phone conversations with him, that he was more than ready to leave this Earth. I’m so grateful that, by sheer circumstance, I got to spend a half hour or so with him this past Saturday, less than 48 hours before he passed away.” 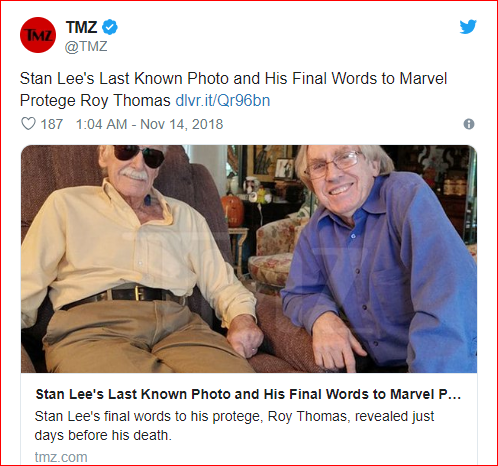 Thomas had then said that Stan Lee had a whole lot of passion for filming cameos:

“At that time, it was obvious that he lacked much of the old Stan Lee energy that everybody had got to know at conventions and in movie cameos,” Thomas had said.

“But when I asked him about future cameos, he expressed a real interest in making them, if he could find a way to do it without there being too much trouble.”

When Stan Lee had been promoted to publisher of Marvel in the year, 1972, Thomas had taken over all his role as Editor-in-Chief of the House of Ideas. Thomas had then mentioned how Stan Lee’s creation of the character, Spider-Man in the year, 1961 may have been his most crucial creative decision: 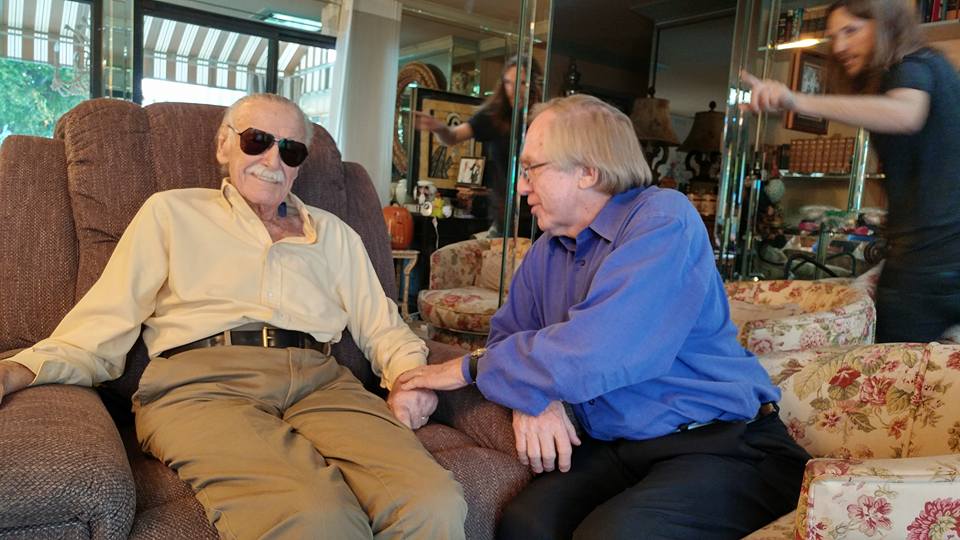 “I opined as how maybe the one important creative decision Goodman ever made was when he commissioned Stan to create a super-hero group back in 1961,” Thomas had said.

“Stan seemed to get a kick out of that.”

“Still, I consider myself so very lucky to have known and work with him for so many years…one of the most important mythmakers of the 20th century.”

Stan Lee had passed away on Monday, and he was 95 years old. 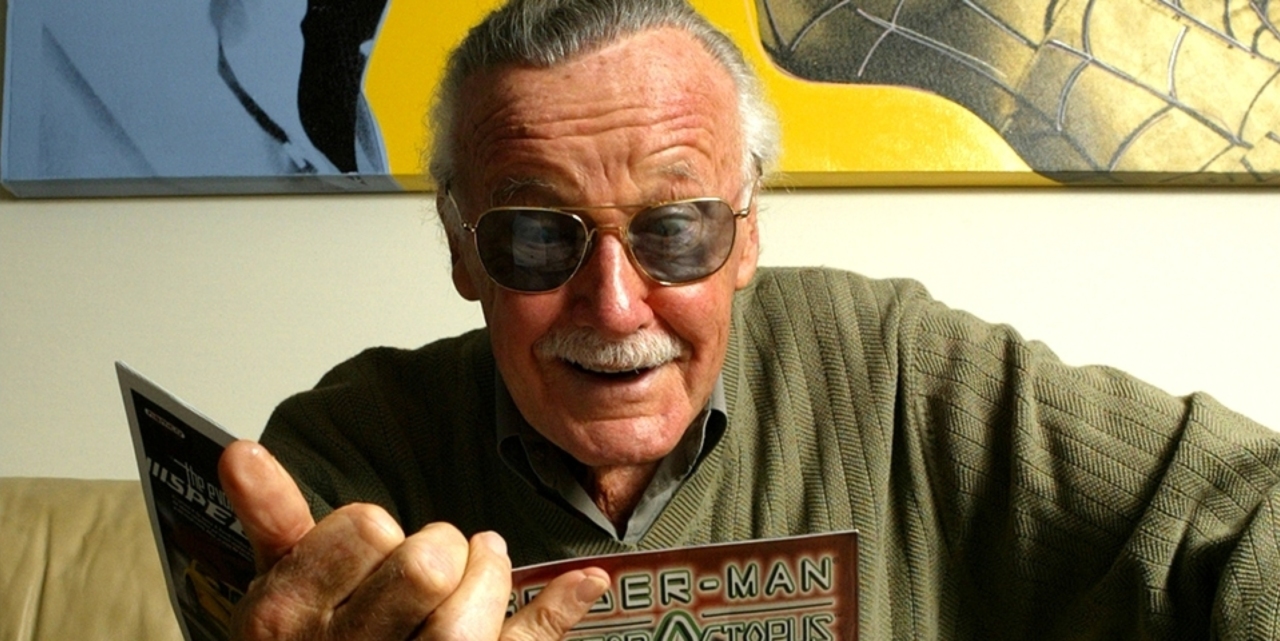