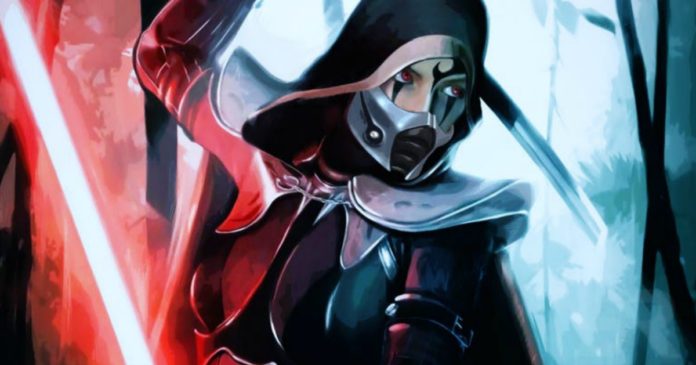 Surely, there may have been a lot of female Sith Lords in the Star Wars universe, but all of this has been swept away when Disney had ditched their original Extended Universe. The Knights of the Old Republic II‘s Darth Traya had been a very interesting character and Darth Zannah as well, the apprentice of Darth Bane had driven her opponents crazy by conjuring their fears. But this is out of the current continuity, and now, Lady Shaa has become the first and only female Sith Lord in this universe. 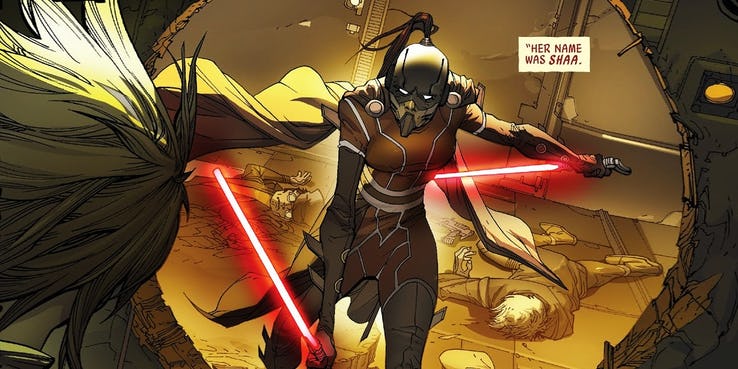 All set to make her debut in the issue, Darth Vader #22, Lady Shaa stepped into the fray as a part of a story where Vader encounters Sith Lord Momin’s spirit. He had revealed that he had been an apprentice of Shaa and had described her as a Lady of the Sith. Her talents of the Force had picked up on Momin’s predilection towards the evil force and used the Force for turning all living things into grisly artworks. So, Lady Shaa had gotten him out of prison and had taught the psychopath about the Force. He had gotten the Sith helmet out of a deal, with Momin scarring his face with the sabers before having donned it. 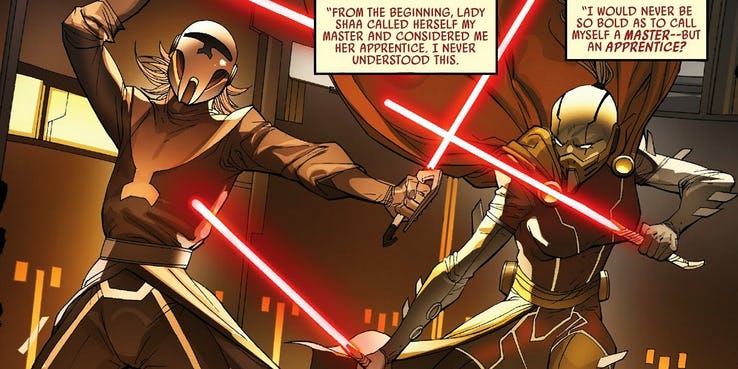 Although Shaa does look like she may just be a one-issue character, most fans would like to see more of this Sith Lord.

8 Fun Facts About The Slave Leia Costume In “Star Wars”