Geeks on Coffee Home Of Geeks & Nerds
More
Home Comics Stormbreaker Fended Off All Six Infinity Stones: How Powerful Is The New... 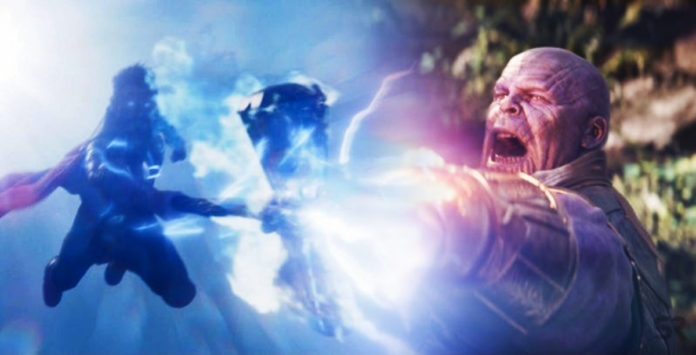 Thor lost his beloved hammer Mjolnir in Thor: Ragnarok, but, he acquired a new weapon befitting the King of Asgard and now new analysis indicates it might be more powerful than assumed.

In Marvel Cinematic Universe, Stormbreaker was forged by the Eitri, the King of Dwarves, and also the last survivor from his race. Eitri said that this is the most powerful weapon ever built by the Dwarves for Asgard, and it was forged to kill Thanos himself. It is incredible that Stormbreaker managed to withstand the full power of the six Infinity Stones in the last battle of Avengers: Infinity War. Thanos unleashed a mighty beam on Thor, a beam flaring with the colors of all six Infinity Stones, but, Stormbreaker wasn’t impacted by that blast.

Although Thor failed to kill Thanos, but, that was Thor’s fault and not Stormbreaker’s weakness. This is a weapon that is capable of killing Thanos, in just one blow. Taking that into account, we wonder how powerful Stormbreaker actually is?

All the Nidavelir weapons are forged from Uru. The Marvel Cinematic Universe hasn’t explained much about this rare mineral, but, the comics show that Nidavelir is the only source of Uru. It has a unique ability to store energy, especially magical energy, which allows mystical enchantments to be attached to Uru, and it absorbs magic like a sponge. Mystical users establish a bond with a weapon forged from Uru, and various mighty Asgardian warriors have their own peculiar Uru blades, axes and staffs. The Marvel Cinematic Universe’s Uru appears to be similar to comic books and explains the powers of Hofund and Gungir in the Thor trilogy. This suggests why Stormbreaker might be so powerful as seen in Avengers: Infinity War, and it was is capable of absorbing and manipulating energy better than any other weapon ever forged by the Dwarves. 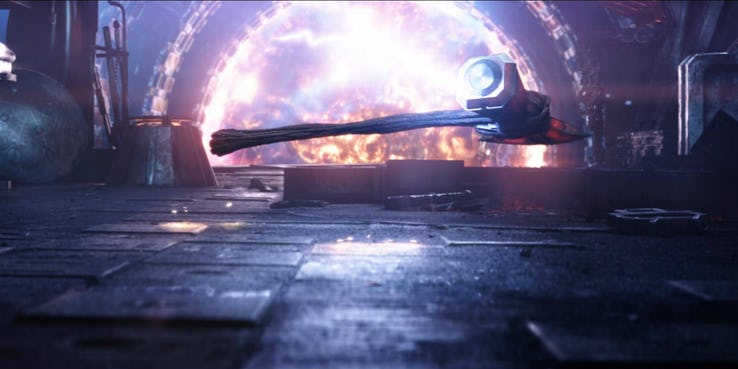 Stormbreaker might have given Thor power to manipulate cosmic forces. He was able to invoke the Bifrost, creating wormholes which transported him immediately across the Realms. Stormbreaker seems to be symbiotic to Thor’s own power, glittering with his signature lightning, letting him focus and expand his natural powers. Maybe the most fascinating thing is that Thor was almost dead after forging Stormbreaker, nearly killed by the neutron star of Nidavelir. As soon as he got hold of Stormbreaker, it apparently accelerated his mighty healing factor, and within minutes Thor was back to his prime fitness.

The biggest display of Stormbreaker’s power was during the closing scenes of Avengers: Infinity War. Thor hurled the weapon at Thanos, and Thanos tried fending it off using the power of Infinity Gauntlet. He failed to do so, and Stormbreaker hit him. That shows that it could be more powerful than all the six Infinity Stones put together.

The MCU Stormbreaker is different from the comic book version

The  MCU version is called Stormbreaker, but, it is the only similarity that the MCU version has with its comic book counterpart. In the comic books, the Stormbreaker is just about as powerful as Mjolnir, that was enchanted by Odin and the favorite weapon of Beta Ray Bill. 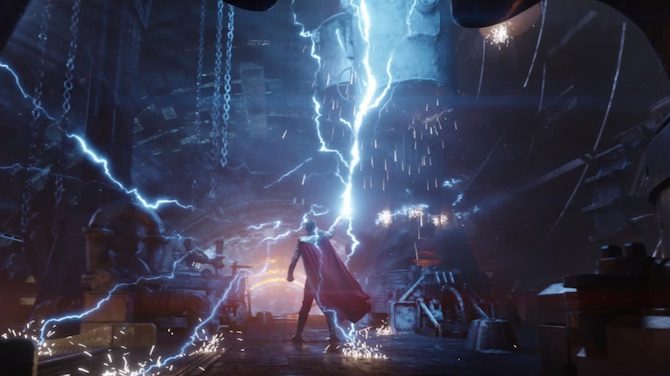 The Russos might have been inspired by a different Asgardian weapon that was seen in the comics: Jarnbjorn. Writer Jason Aaron had created this battle ax in 2013, and it had replaced Mjolnir as the main weapon of Thor Odinson. Mjolnir was forged as a gift for Thor, but, Jarnbjorn was forged and enchanted for only one purpose, to serve as the ultimate weapon of the God of Thunder, and a weapon that could kill even Celestials. Thor had also put an enchantment upon Jarnbjorn, making it indestructible. Consequently, it was able to withstand energy blasts from Apocalypse, beams that would have blown up any other Uru object.

The MCU’s Stormbreaker and comic book Jarnbjorn are quite similar, both were made to specifically kill a cosmic enemy, and both are able to bear even the most destructive energy attacks. However, by resisting the combined force of the Infinity Stones, Stormbreaker has proved to be superior to any other weapon seen in the comics. There is no doubt that it might be the most powerful weapon in the whole Marvel Cinematic Universe until now. 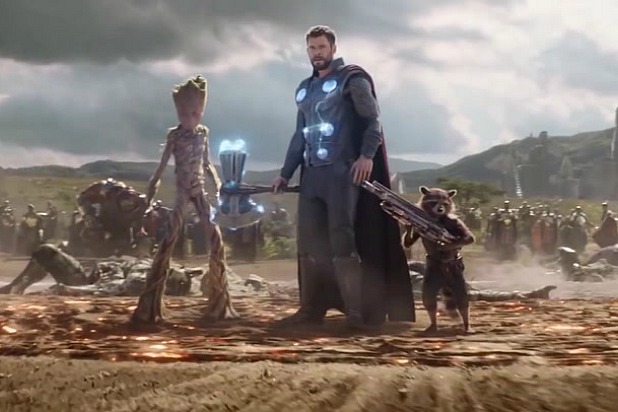 Chris Hemsworth’s Children Think That The Marvel Actor Is The Real...