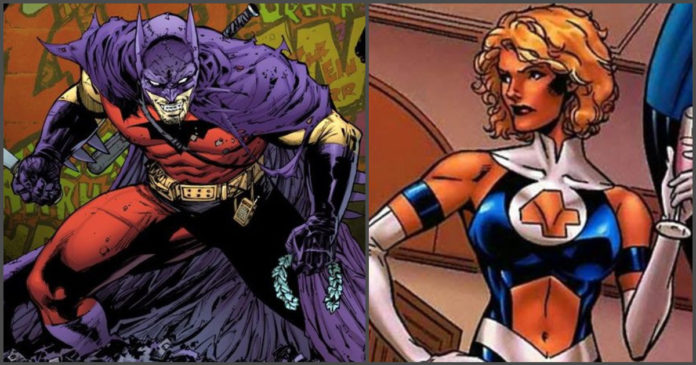 It is not very common to see superheroes in their teenage days. Barring some exceptions, the superheroes in comics, movies and video games never really have to experience uncomfortable scenarios. However, just because Spider-Man never had a bowl cut doesn’t mean superheroes don’t face awkward times. It is often seen later and in the form of terribly fitting costumes which might sound good at the time. We have created a compilation of the craziest costume redesigns for the biggest comic book superheroes. To help you feel better, most of them are worse than the school photographs with your batch.

1. The Fantastic Technicolor Dreamsuit Of Batman

Just like Thor, Batman always stuck to the original. The cape, cowl and the Bat insignia has varied to some degree, but, it has pretty much remained in place over the last 75 years. Yet, author Grant Morrison and his partner in crime Tony Daniel created a clownish suit which made Bruce Wayne look like the one who got dunked into the chemical vat. Known as the Batman of Zur-En-Arrh, this guy is so crazy that he talks to imaginary characters and even the gargoyles that he loved to get on top of. This is basically an extremely violent version of Bruce Wayne. All in all, despite everything, even a clownish Batman is a formidable version. 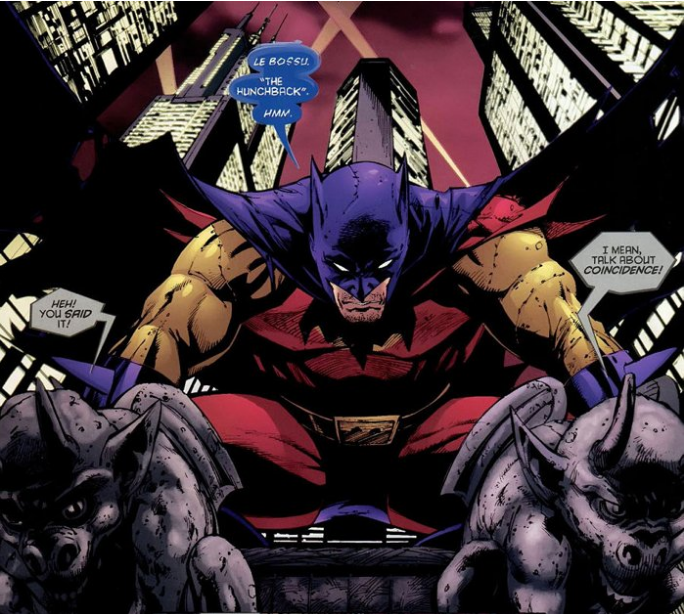 It has been repeatedly tried to make the Invisible Woman look tempting, but, most of them have failed, probably due to Sue Storm being a mother for more than four decades and is more prone to tell you to take out the trash instead of flirting with you. Still, people kept trying as is evident from looking at the Power Girl-style boobtacular costume from the 1990s.
In response to a question on why she gave up her suit, Sue said that she was bored of her old suit. While her display window and a stomach without the bellybutton stomach are definitely cause for concern, it is contradictory to her stubbornness about rolling down the gloves and revealing her elbows. 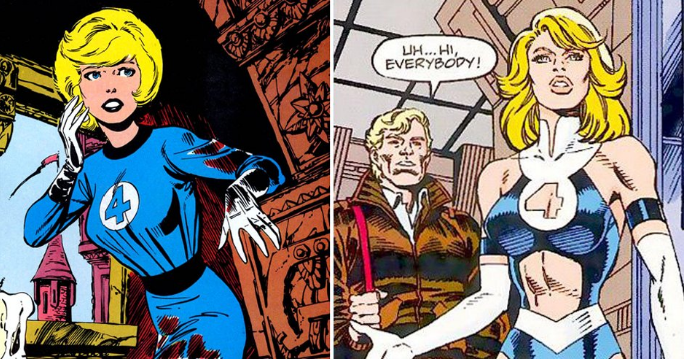 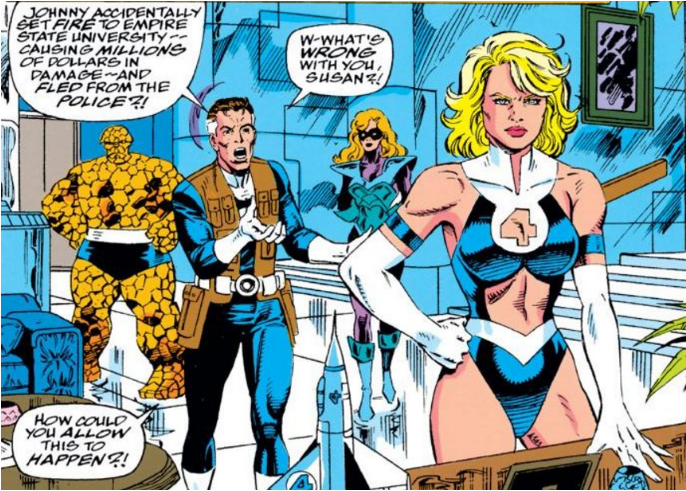 This one is iconic yet idiotic. A lot of people tried to change Superman’s appearance for good, but, nothing worked out. The weirdest temporary costume award would have gone to the Electric Superman, but, here is another one to evaluate. After having remained dead for six months, Superman was brought back to life in a crazy costume with a dab of chrome. It was terrible, to begin with, but the details make it worse. The absence of a cape shows some weird neck cleavage, and his arm has chrome wristbands. What’s absolutely insane is his toe-armor. No matter how much we ridicule the Superman costume, but, it at least clearly showed where his torso was and where his legs began. 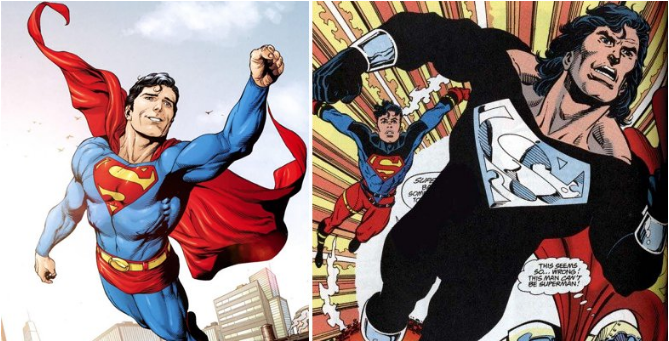 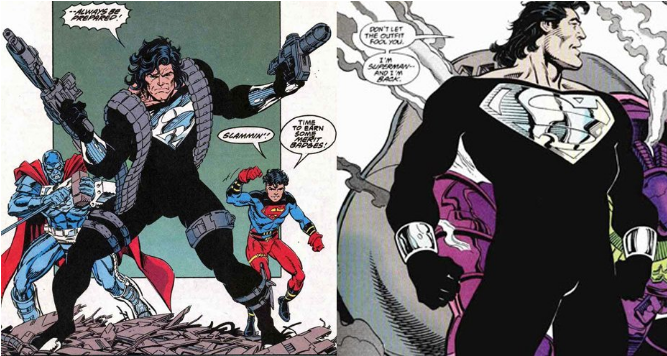 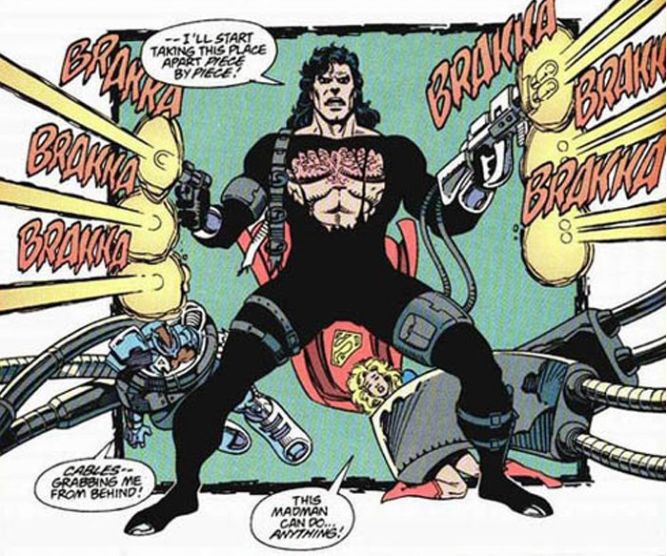 A change in Thor’s looks is never drastic. He might grow a beard, modify his helmet or adjust the circles on his shirt. It is weird for him to appear as if he just spent time as an extra on some music video. While his four-foot hair extensions look strong and the arm straps/leg belts are fine, the way he lined up his bare abs with his arms is no longer seen. This costume was seen only in a solitary issue when the character got ready to take on a world-ending battle. Immediately after this issue, he was rebooted to his original costume. There was just one more appearance of this costume – in his battle with Captain Marvel. 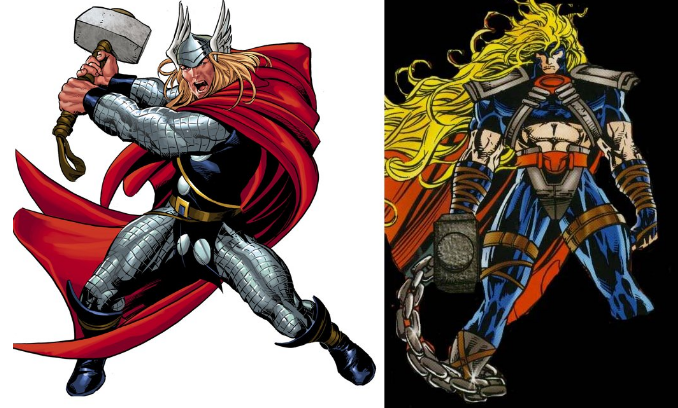 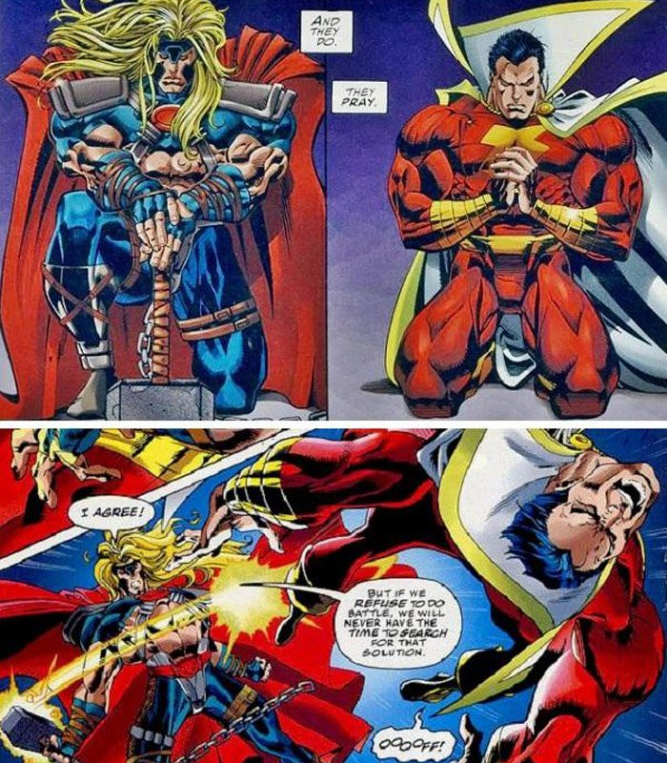 5. All that Hawkeye has ever worn

Things have never been smooth for Clint Barton. Right from the start, he has been the Avengers’ version of Aquaman. They gave him a costume which was hideous, but, they made it purple. The color was terrible, because no matter where you feature him, he would still be wearing the color of Ronald McDonald’s pal.
Designers and production teams tried a lot of changes to Clint over the years. They gave him a mask, a mask resembling a hybrid of swimming goggles and cat glasses. The worst change was in Avengers: United They Stand where Hawkeye was seen in what felt like a sporty vest and sunglasses. 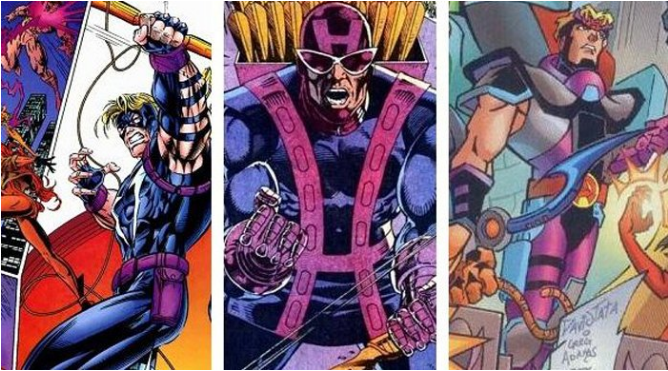 7 Villainous Versions Of Superheroes More Powerful Than The Original