Geeks on Coffee
More
Home Comics The Post-Credit Scene For Avengers 4 Has Been Revealed And It Will... 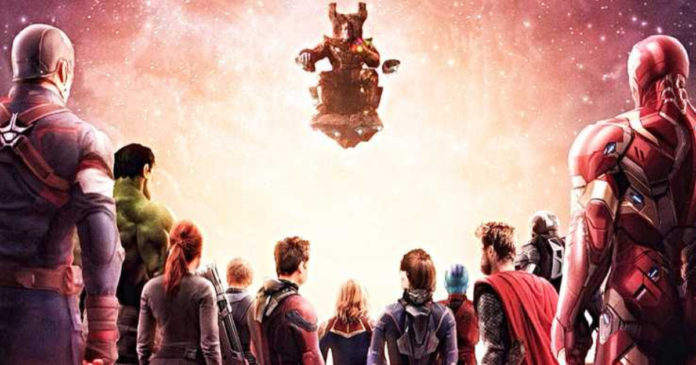 There are no official plot details about the movie, Avengers 4, but we are now slowly getting some information about the post-credit scene of the movie. An all-new rumour has claimed that the Phase 3 sequel might actually set up the future of the MCU for The Eternals.

The Eternals is now being planned for Phase 4, although there has not been an announcement as such by Disney and Marvel. The film has a director-Chloe Zhao, who is well-known for The Rider. The Eternals will play a huge role because Guardians of the Galaxy Vol. 3 has been sidelined after James Gunn was fired. 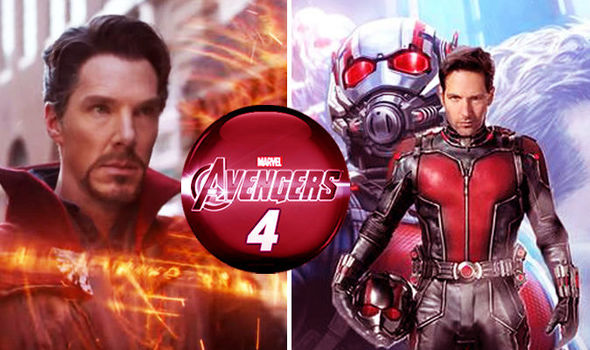 If this does pan out well, then, the post-credit scene for Avengers 4 will be introducing two new characters from The Eternals. The Eternals are known as a human race that are defenders of Earth. The big baddies are The Deviants. Thanos, the villain of Infinity War and Avengers 4, is known as an Eternal-Deviant hybrid. So it is pretty easy to see how these characters will play a role in the sequel.

Kevin Feige has also confirmed that The Eternals film is happening, but no one knows when it will start the production or when it will arrive in theatres. Daniel RPK of SuperBroMovies has also revealed that Marvel is now casting for two characters-Karen and Piper: 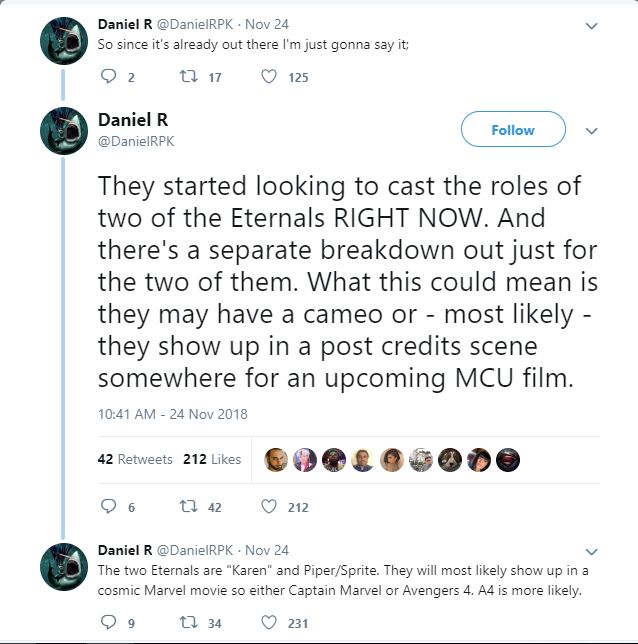 “They started looking to cast the roles of two of the Eternals RIGHT NOW. And there’s a separate breakdown out just for the two of them. What this could mean is they may have a cameo or – most likely – they show up in a post-credits scene somewhere for an upcoming MCU film. The two Eternals are ‘Karen’ and Piper/Sprite. They will most likely show up in a cosmic Marvel movie so either Captain Marvel or Avengers 4. A4 is more likely.”

Marvel and Disney have not yet confirmed that the casting is under process. Post-credit scenes are very often shot away from the principle production. The Shawarma scene of the very first Avengers was not shot until the film had a world premiere.

7 Villains In Movie History That The Fans Loved