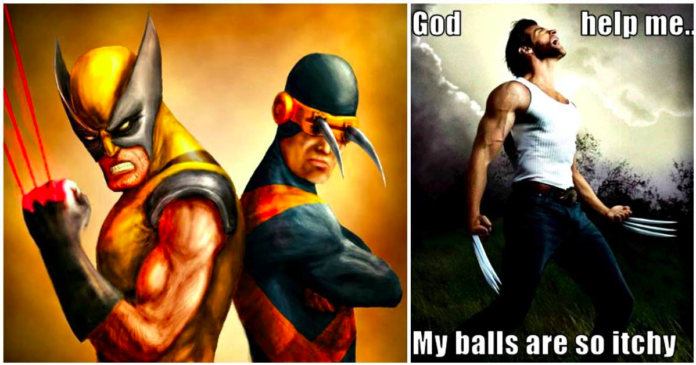 Wolverine is an imaginary character from Marvel Comics, generally in tandem with the X-Men series. Wolverine is a mutant who has animalistic senses, superhuman physical attributes and a powerful regenerative capability called a healing factor, and three retractable claws in each hand. Wolverine first appeared in the final panel of The Incredible Hulk #180 before playing a much bigger role in #181 (November 1974)/ Wolverine is a creation of Marvel’s editor-in-chief, Roy Thomas, writer Len Wein, and Marvel art director John Romita Sr.

Later Wolverine went on to become a member of the X-Men, and he was immediately placed against Cyclops. While Cyclops was a representative of the establishment and authority, Logan was a representative of the rebellion. In fact, in his very first appearance as an X-Men in Giant-Size X Men #1, Wolverine told off a government puppet who had become agitated after Wolverine refused to work for the Canadian government and joined X-Men. Later Cyclops’ girlfriend Jean Grey, turned out to be another sour point between the two characters. Wolverine lusted her whereas Cyclops eventually went on to marry her, but, even that didn’t stop Logan’s thirst for the hot-headed redhead, and did nothing to improve the relationship between the two men. In fact, as is evident, it further fuelled their hostilities towards each other.

This has not remained limited to only the comic books, as their relationship has been a part of the cartoons and the movies as well. Their story arc has been given surprisingly high degree of attention in both the formats. It is such a tempting emotional rivalry that it is conveyed very well to create nasty memes highlighting the problems between the two characters. Here we present 15 brutal Wolverine vs. Cyclops memes. 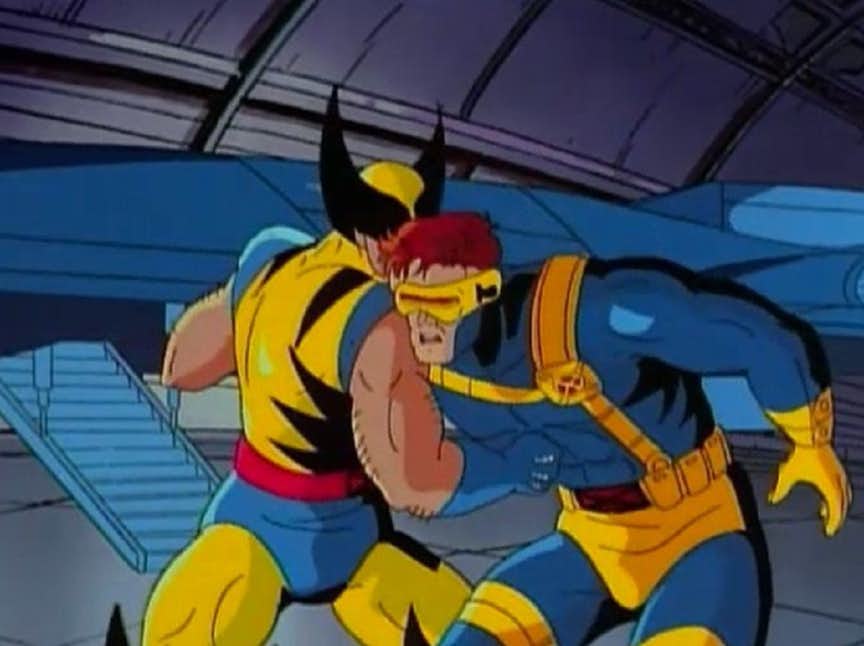 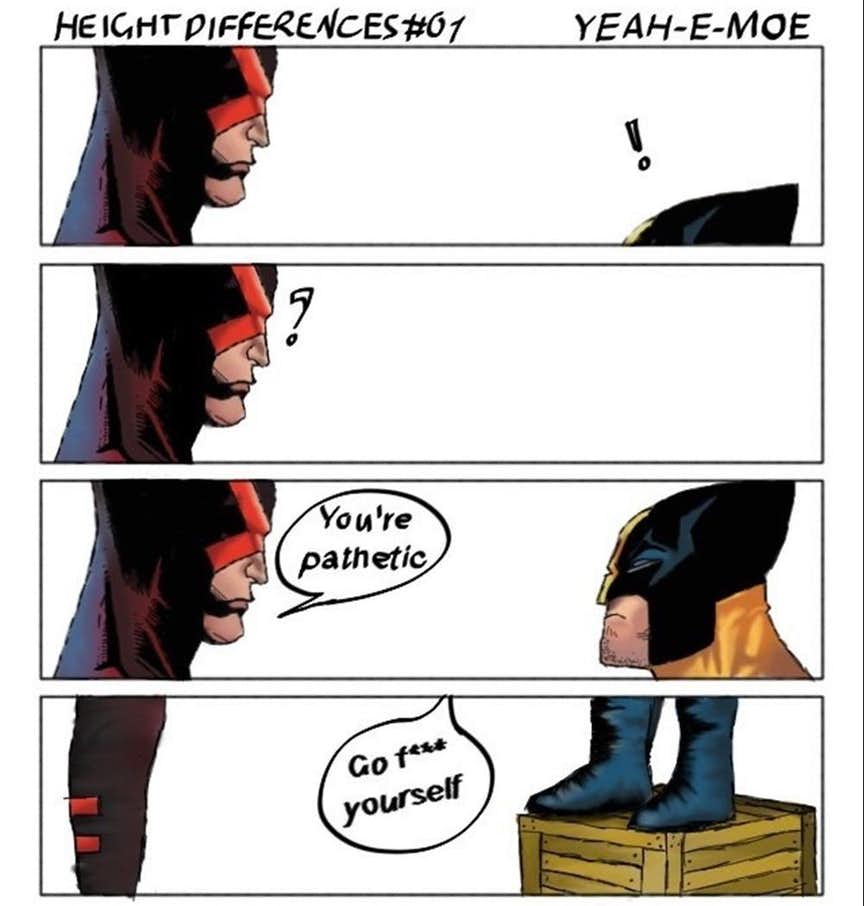 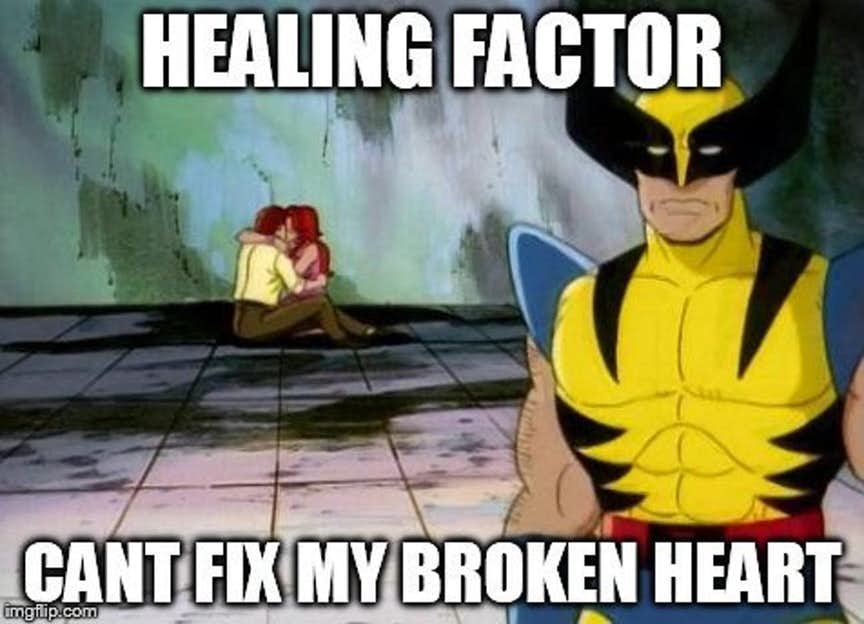 11. A DEFENSE OF YELLOW SPANDEX 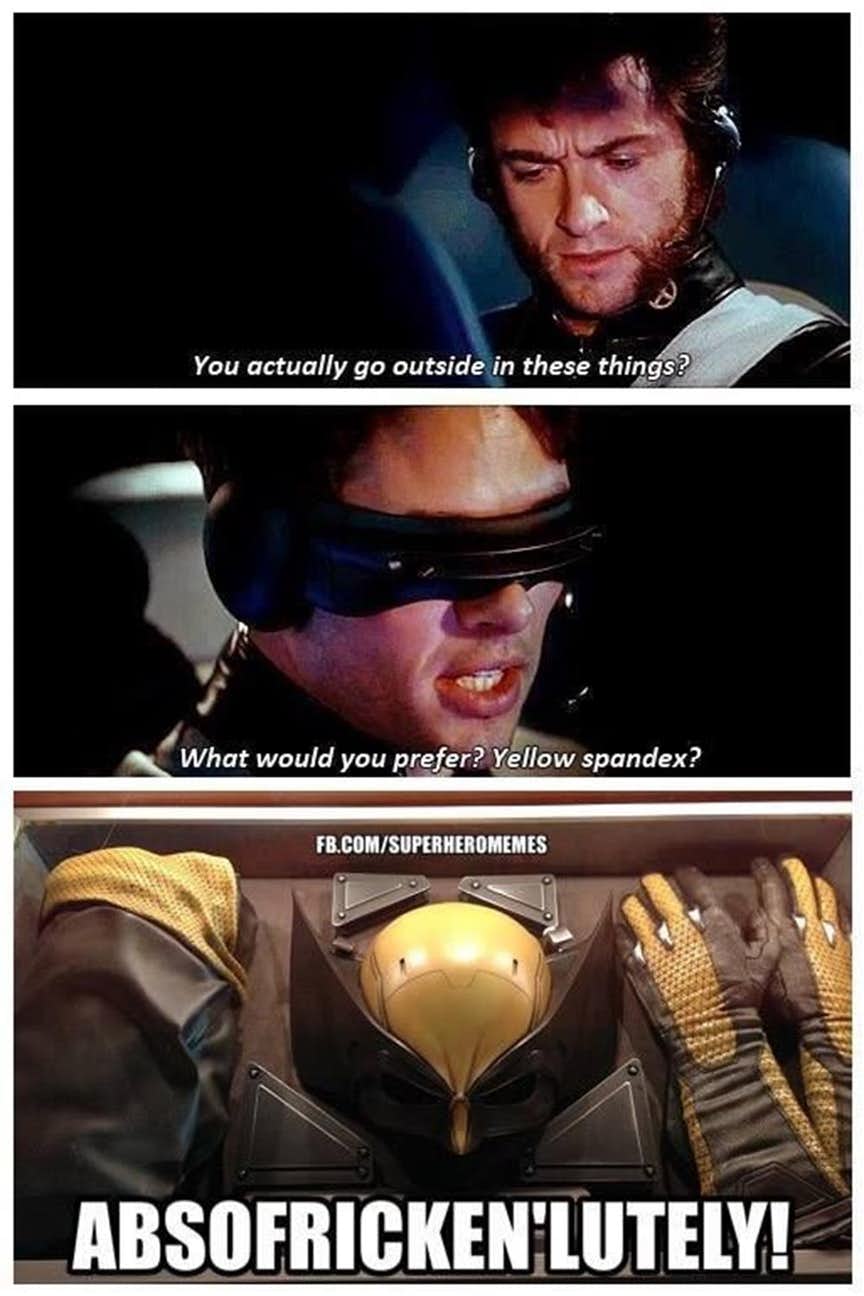 10. THE DRINK MAKES THE PERSON 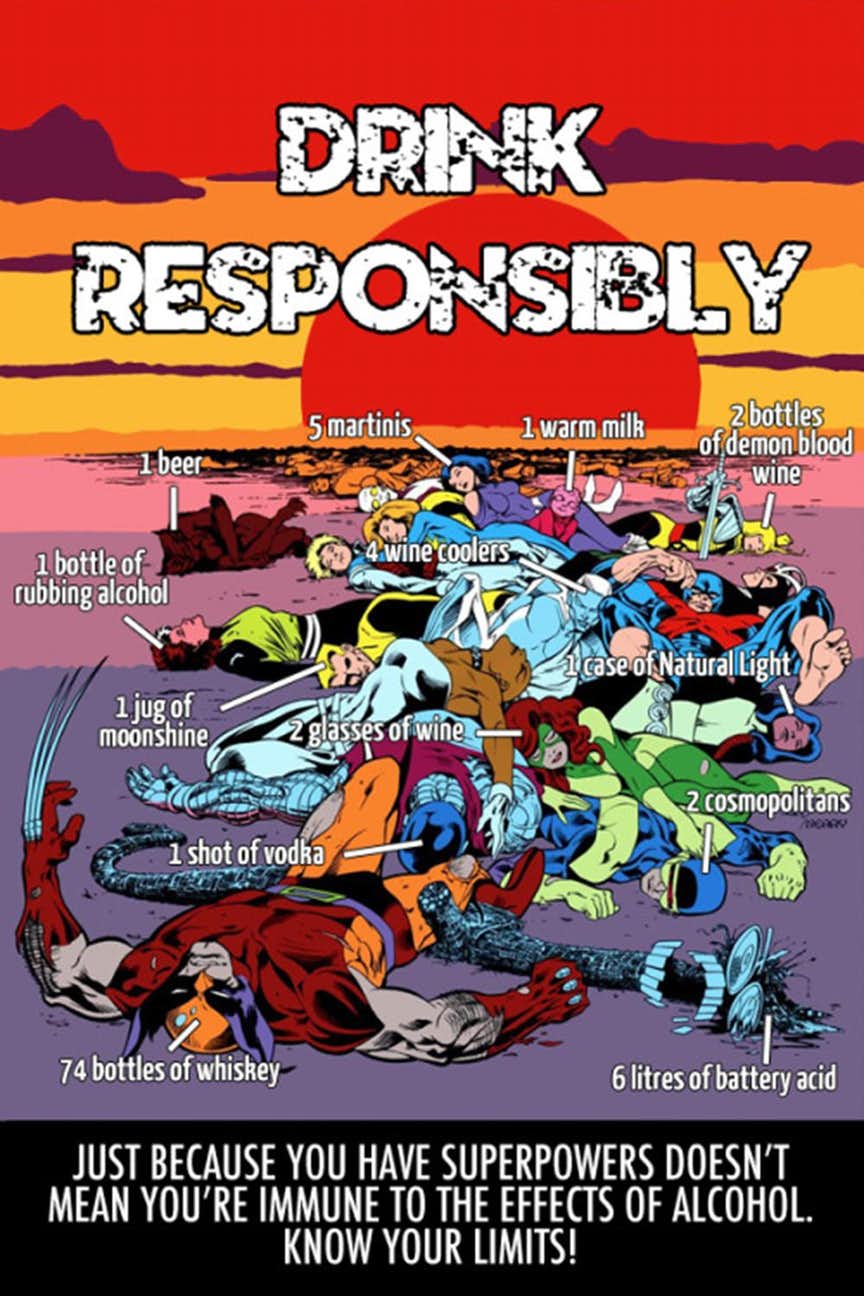 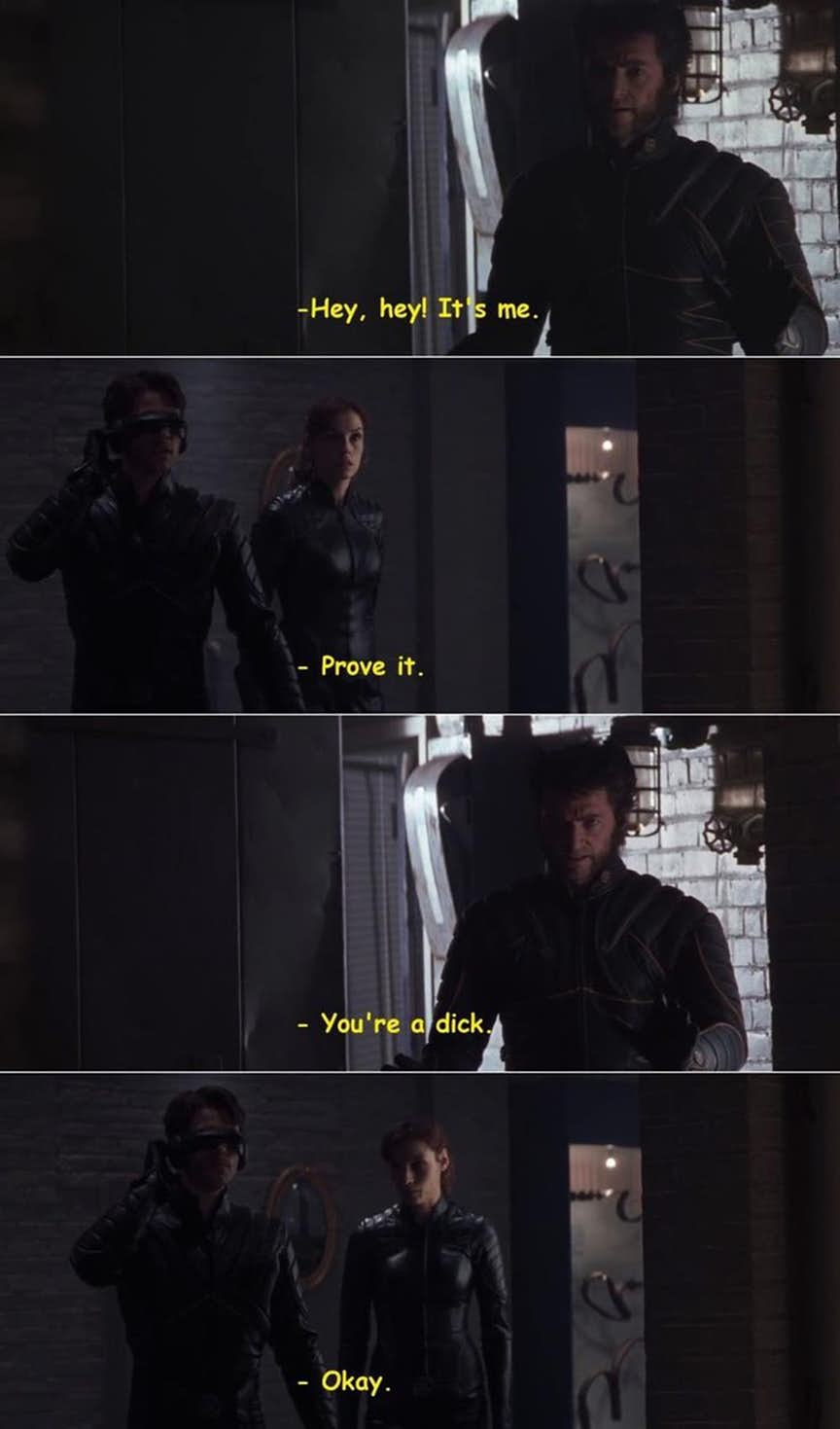 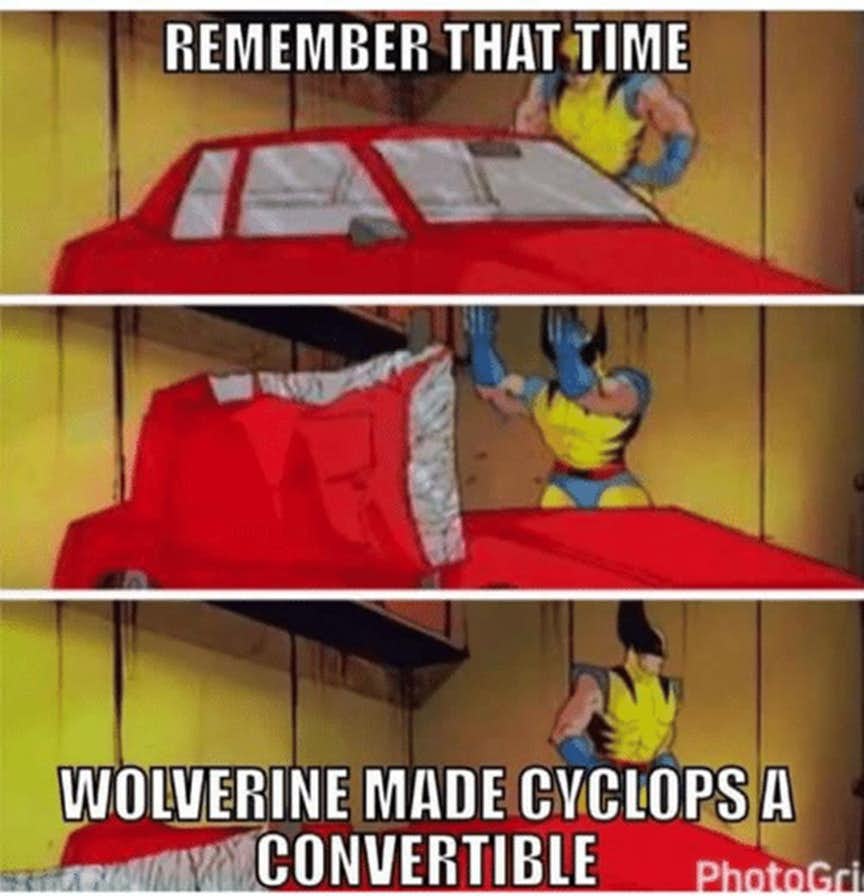 7. THE WEDDING OF THE CENTURY 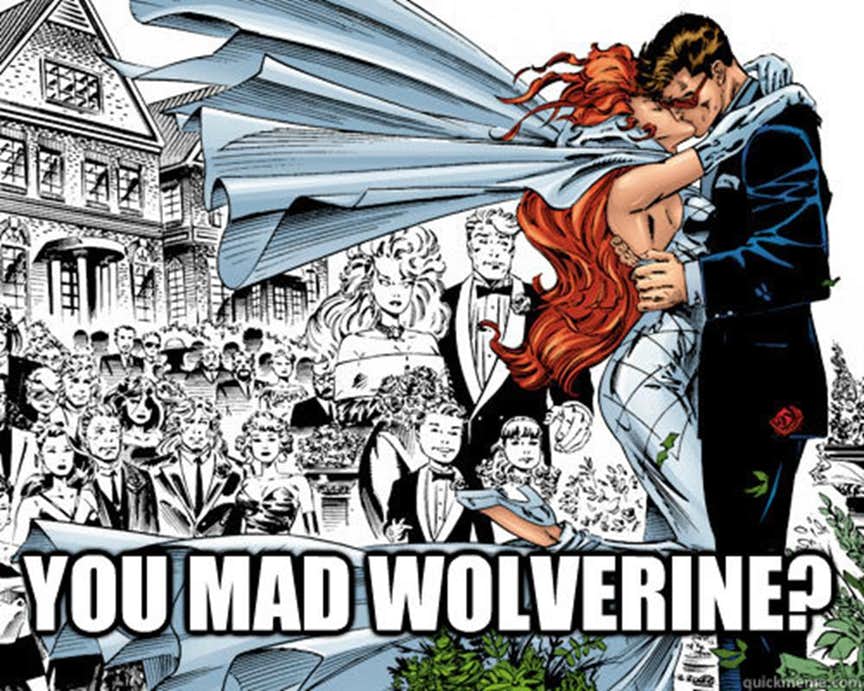 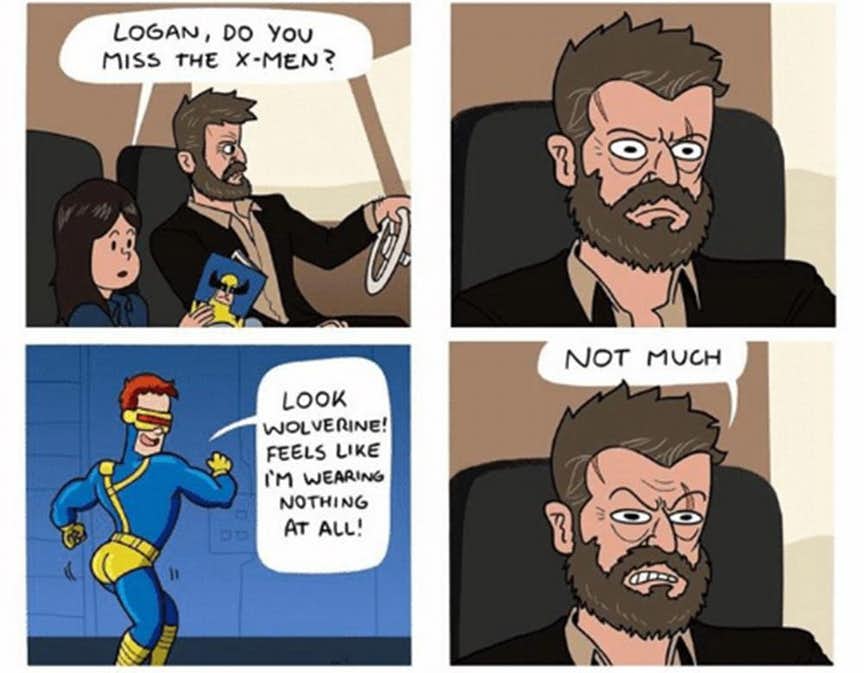 5. SHE’S SINGLE IF SHE RETURNS FROM THE DEAD 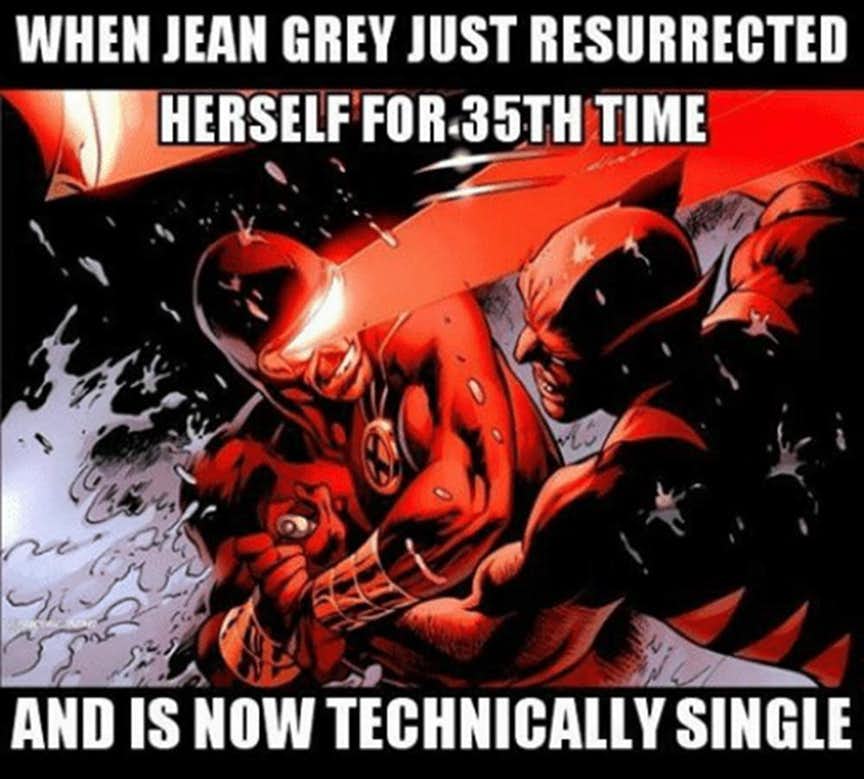 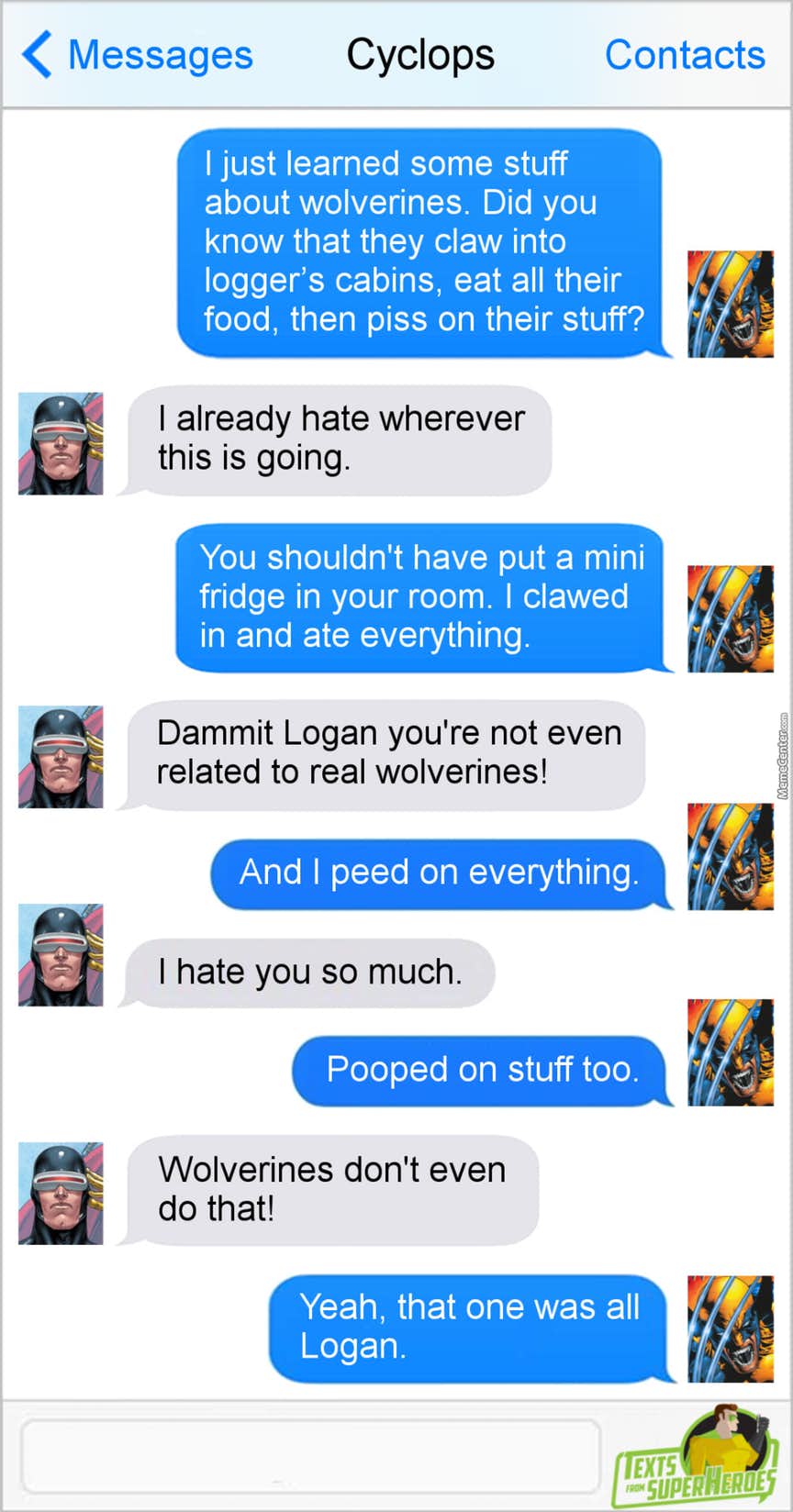 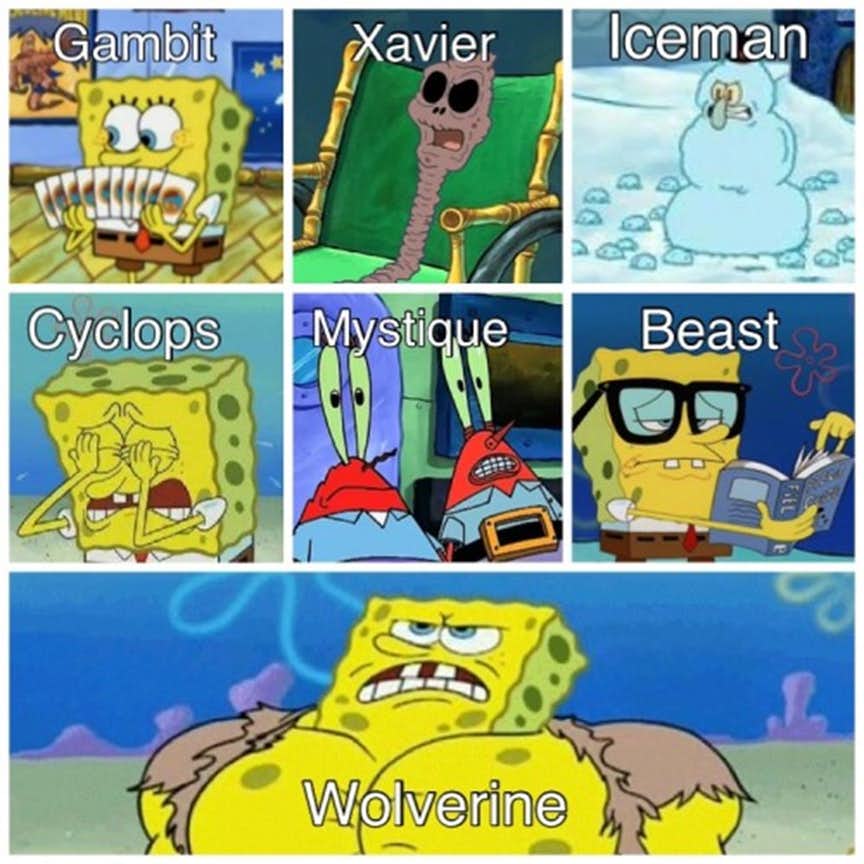 2. YOU DON’T KNOW WHAT YOU’VE GOT TILL IT’S GONE 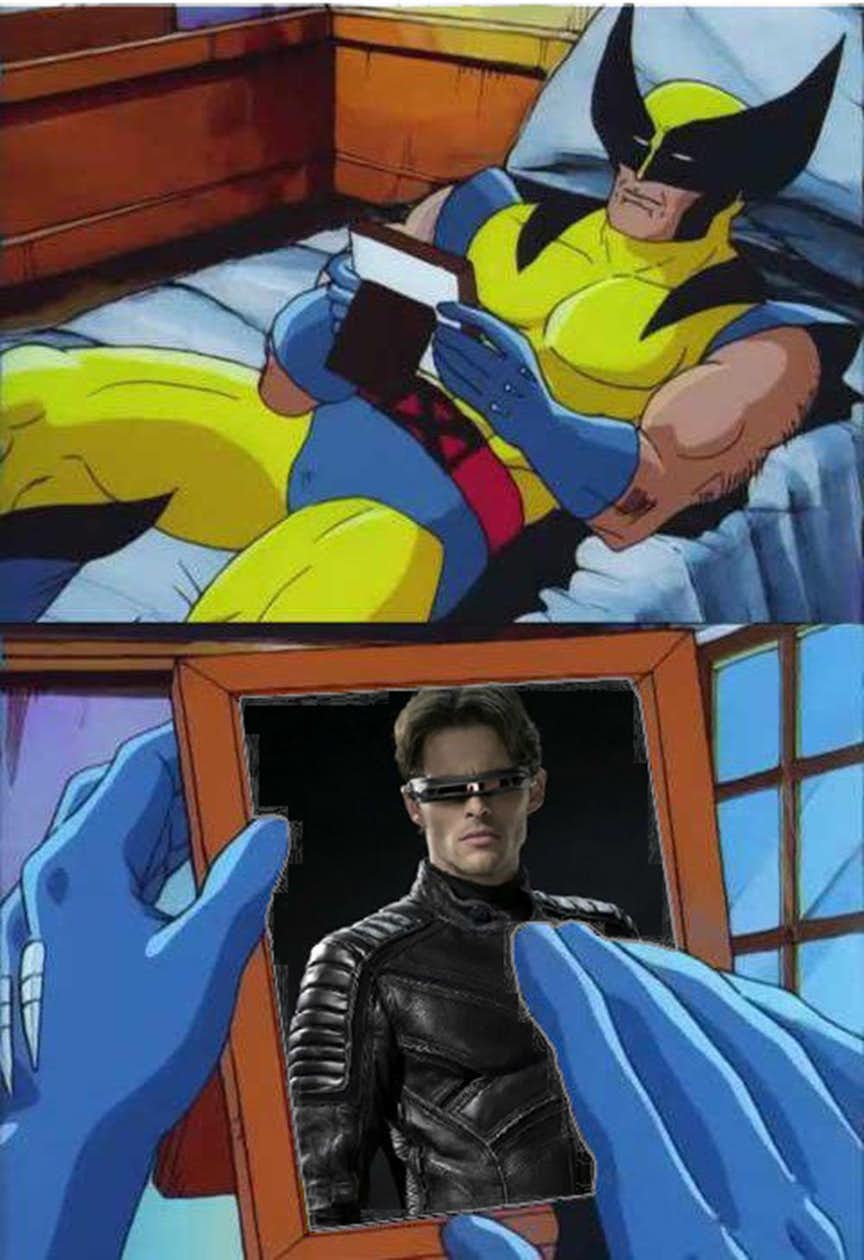 1. SCHISM, IN A NUTSHELL

20 Photographs of Celebrity Fathers With Their Kids That Will Make...