Geeks on Coffee Home Of Geeks & Nerds
More
Home Game of Thrones This Is What “Game Of Thrones” Would Like If The Show Was... 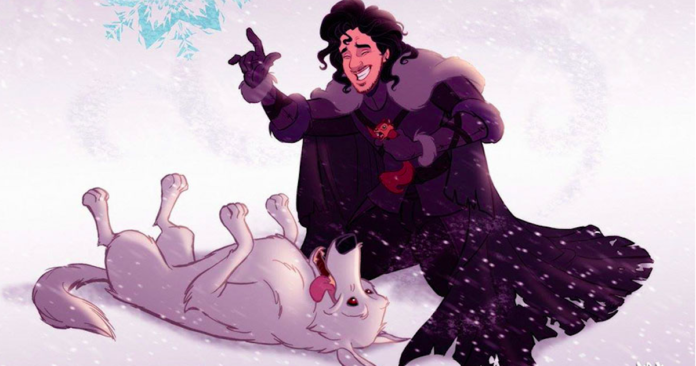 Game of Thrones is a drama TV series that was created by D. B. Weiss and David Benioff. It is an adaptation of the book series, A Song of Ice and Fire by George R. R. Martin. The show has been filmed in Belfast, Canada, the United Kingdom, Iceland, Croatia, Morocco, Malta, the United States and Spain. This series had premiered on the network, HBO in the year, 2011. The show’s season 7 had ended in the year, 2017.

Game of Thrones has earned a record viewership and has a very broad, international and active fan base. The show is acclaimed by most of the critics for the actors&#39; and actress&#39; performances, story, complex characters, production values, and scope. The show had earned 38 Primetime Emmy Awards and an Outstanding Drama Series in the years, 2015 and 2016. The show’s other nominations and awards include 3 Hugo Awards, one Peabody Award, and five nominations for the Golden Globe Award for Best TV Series – Drama.

While this fandom of the show is waiting for the season 8 which is the final season of the series, the artists of the Combo Estudio have offered an alternative setting for this show.

Anderson Mahanski and Fernando Mendonça have also portrayed how Games of Thrones may look like if it had been animated by Disney studios. The result of this is just beautiful. Here we have for you a few of these great images: 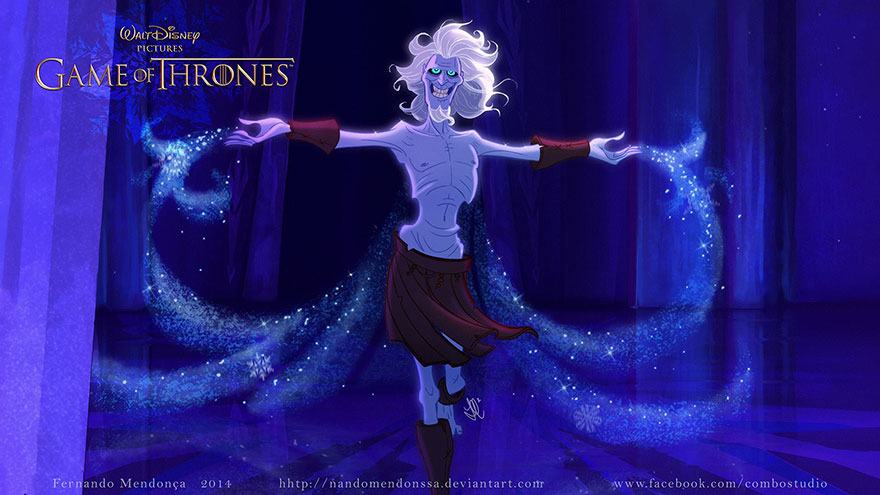 2. “My Little Birds Have Told Me…” Lord Varys 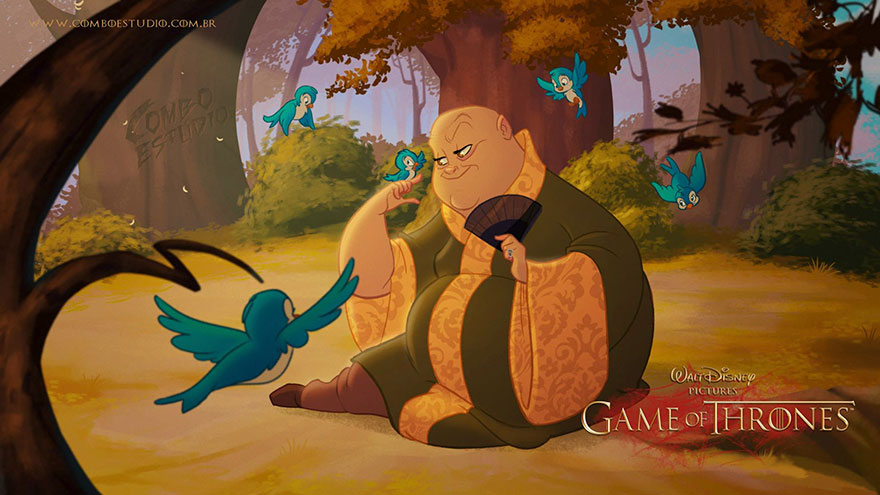 3. Arya Stark And The Hound 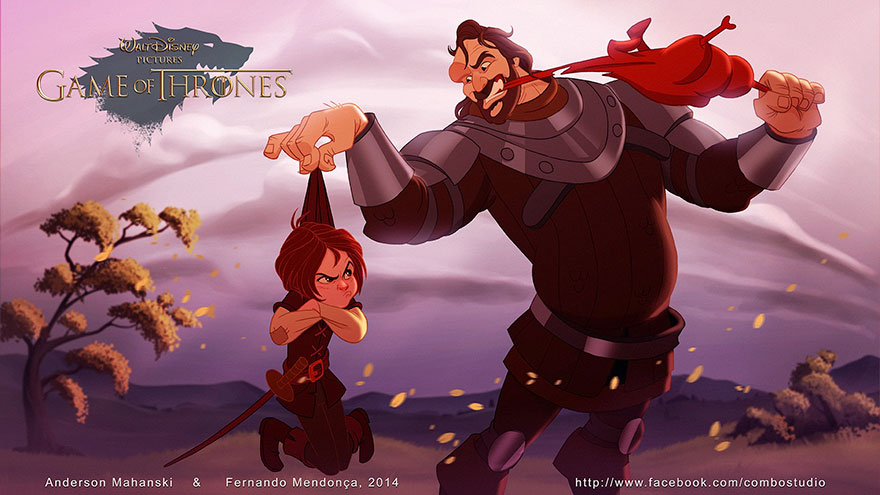 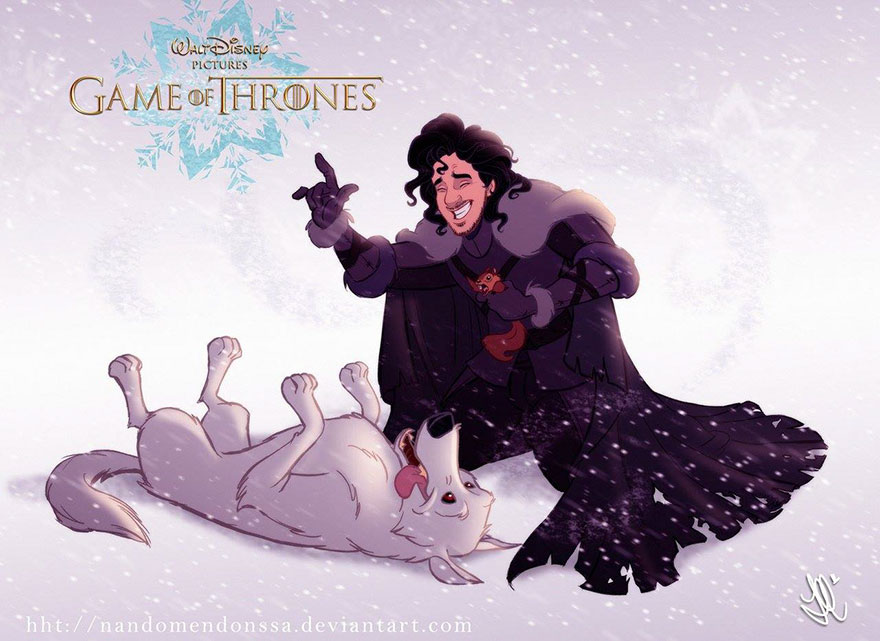 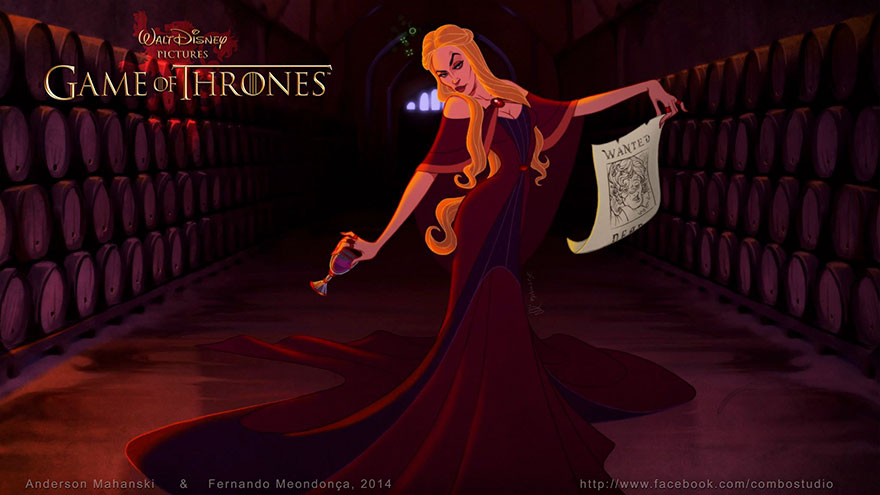 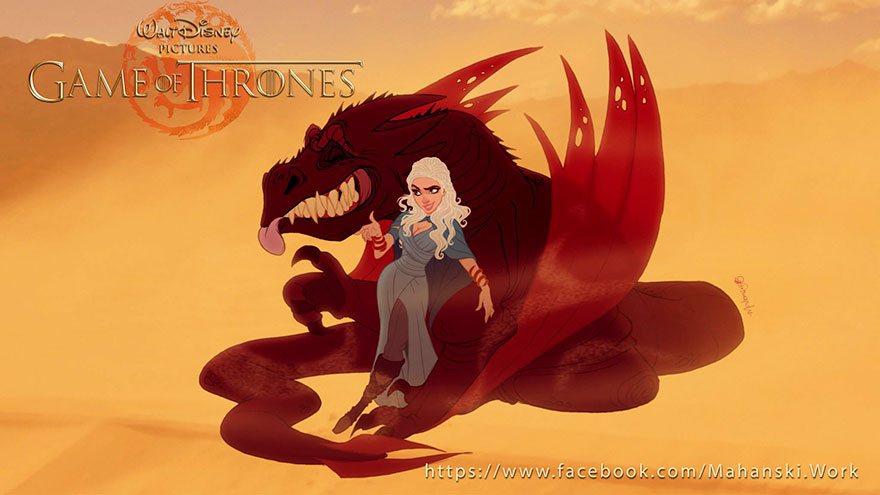 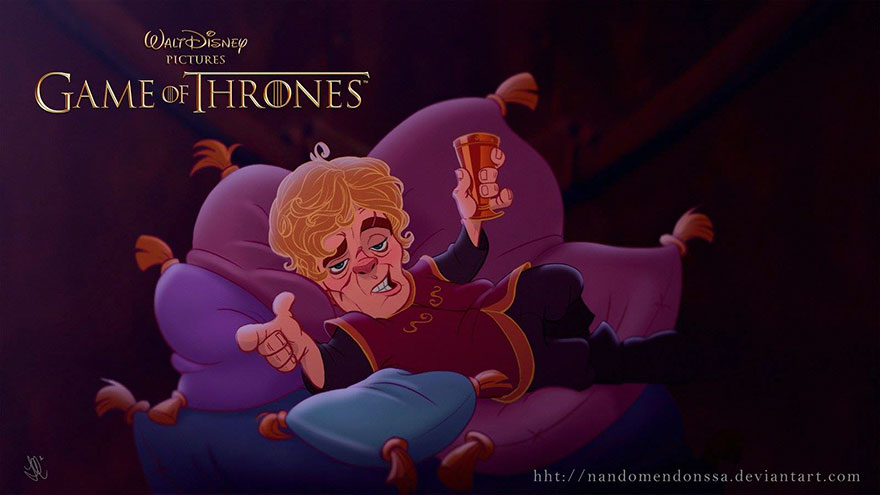 8. Jaime Lannister And Brienne Of Tarth 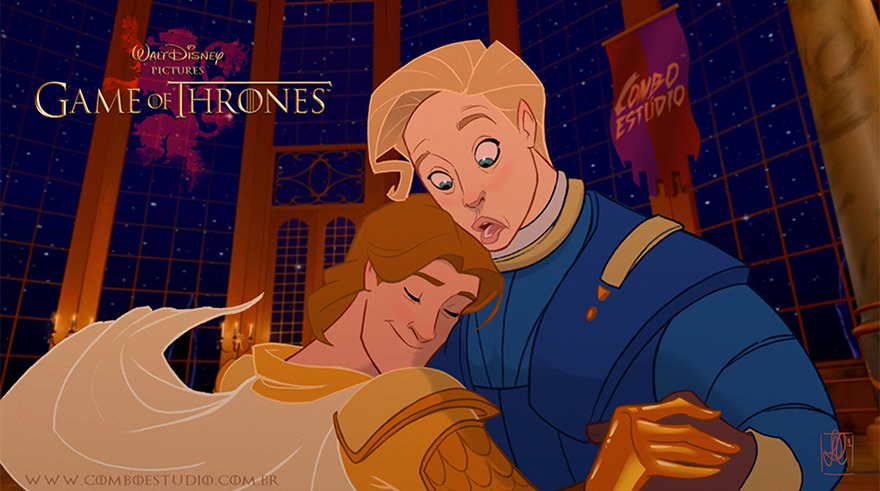 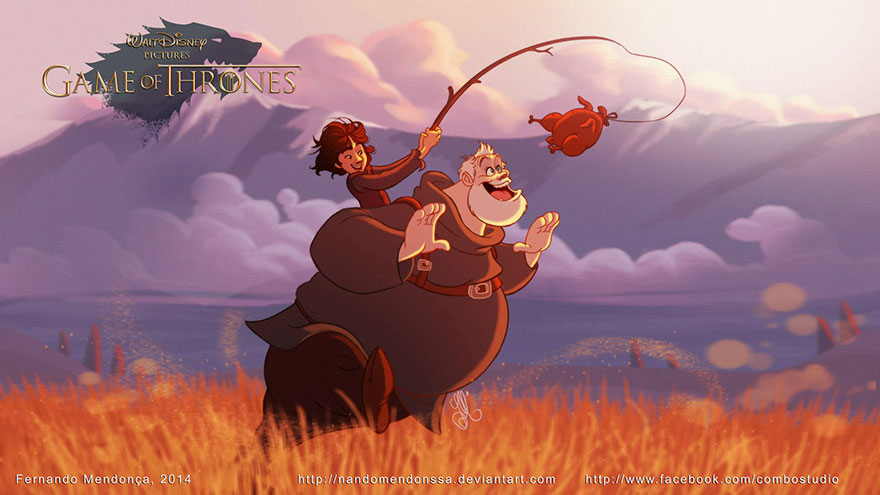 10. “The Night Is Dark And Full Of Terrors…” Melisandre 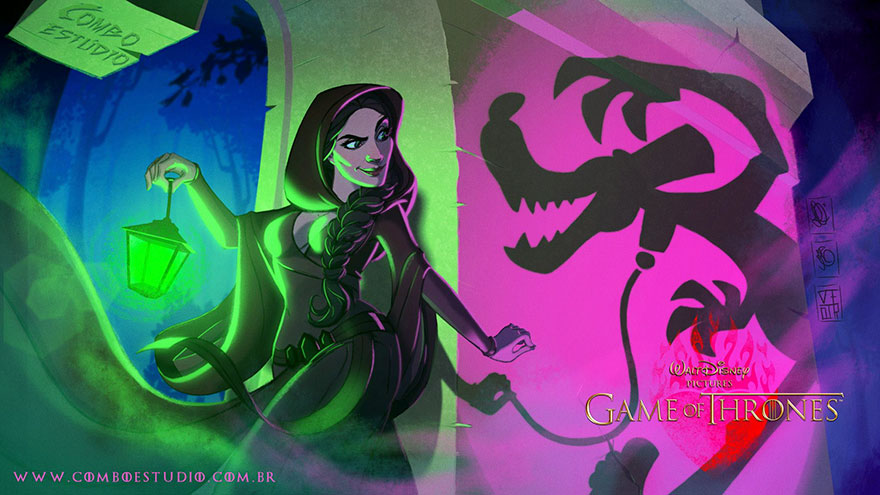 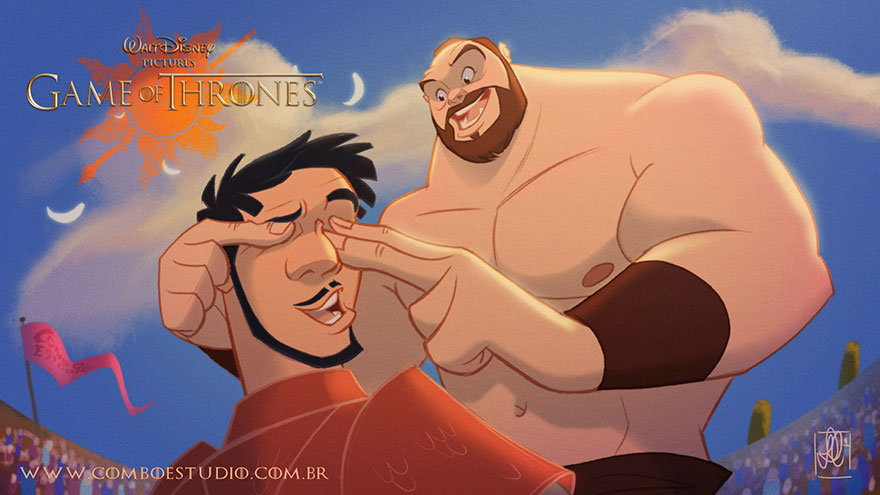 Here Are The Real-Life Romantic Partners Of 12 Game of Thrones...