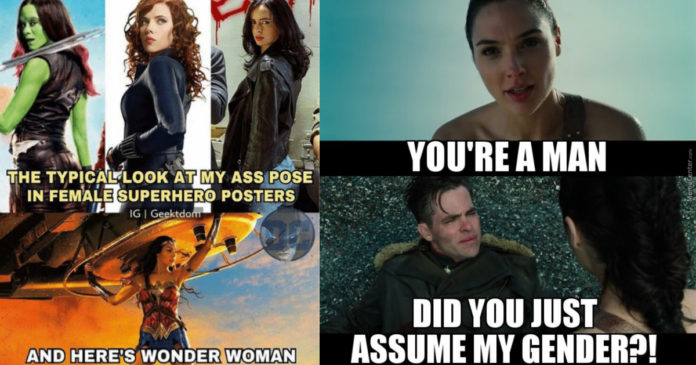 Wonder Woman is the third member of the grand trinity of DC Comics. She has been around in the world of comic books since the days of the World War II although her run has been witness to a long publishing gap. While there was a TV series based on the character that came out back in the 1970s, the wait for a big screen version of the character took excruciatingly long.

Back in 1996, a Wonder Woman movie went into development with Ivan Reitman associated as the producer and director. For a number of years, the project kept rotting in developmental hell, and a number of names such as Jon Cohen, Todd Alcott, and even Joss Whedon were associated with the film without any actual progress. Eventually, Patty Jenkins was assigned the directorial duties in 2015 and Gal Gadot was chosen to play the lead role of Diana Prince aka Wonder Woman.

The long years of wait came to an end in 2017 when the film hit the big screen among rave reviews and shattered a number of records with its tremendous success on box office. The film is rated as the second best superhero movie ever by Rotten Tomatoes (as on February 2018). In fact, the film’s incredible success was soon followed by the announcement of a sequel titled Wonder Woman 1984 which will also be directed by Patty Jenkins, and Gal Gadot will be back to play Wonder Woman. The sequel’s filming is going to start next month, and it is scheduled to release on November 1, 2019.

Despite Wonder Woman finally getting her rightful place on the big screen, but, it’s iconic history hasn’t recently been depicted in the comic books. For example, the iconic invisible jet of Diana wasn’t seen or referenced in any way. While it might be logical that the invisible jet wasn’t shown, but, still fans want it. This and many other such Wonder Woman related things are highlighted in this compilation of hilarious Wonder Woman Memes. 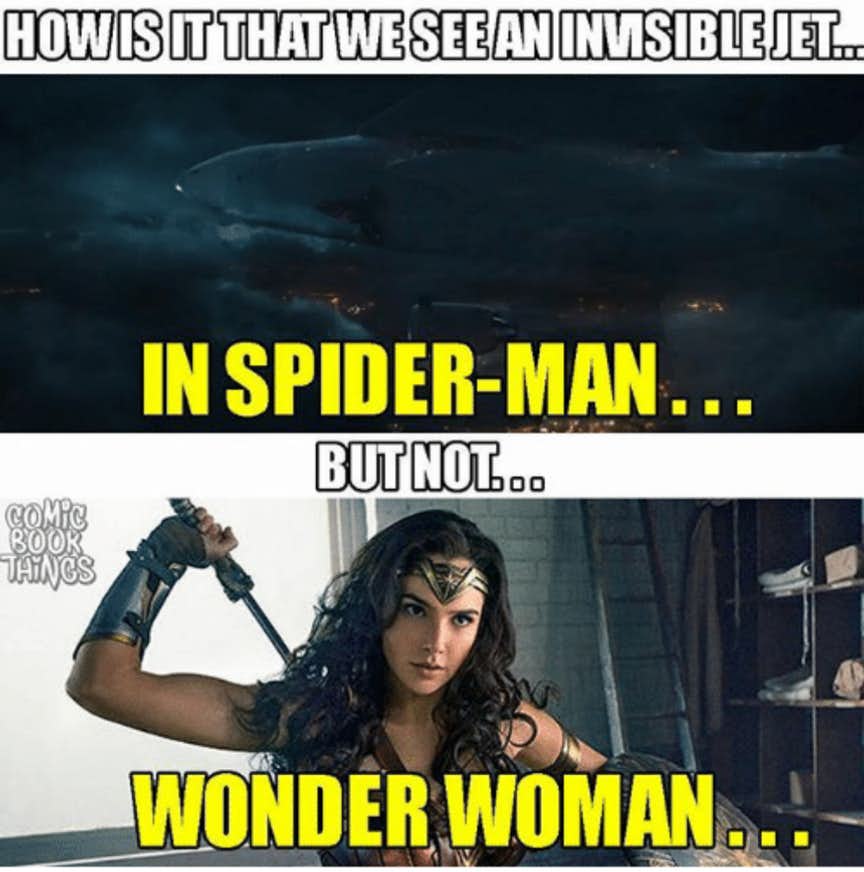 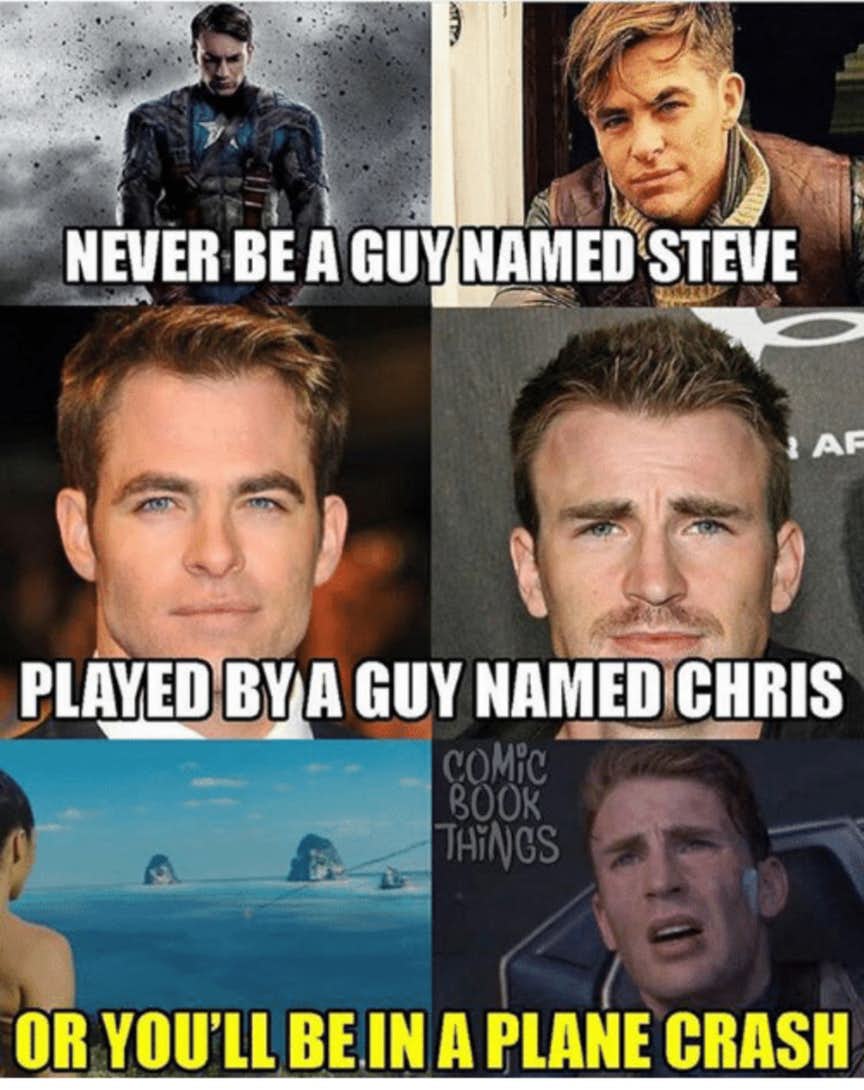 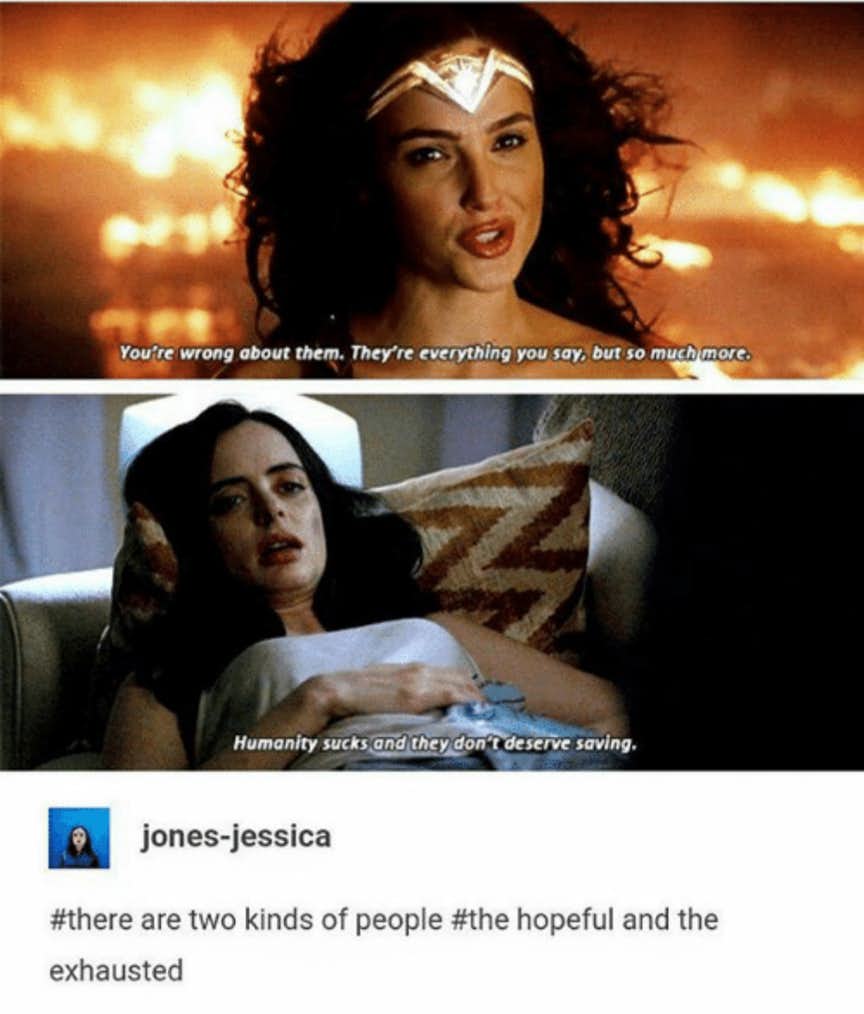 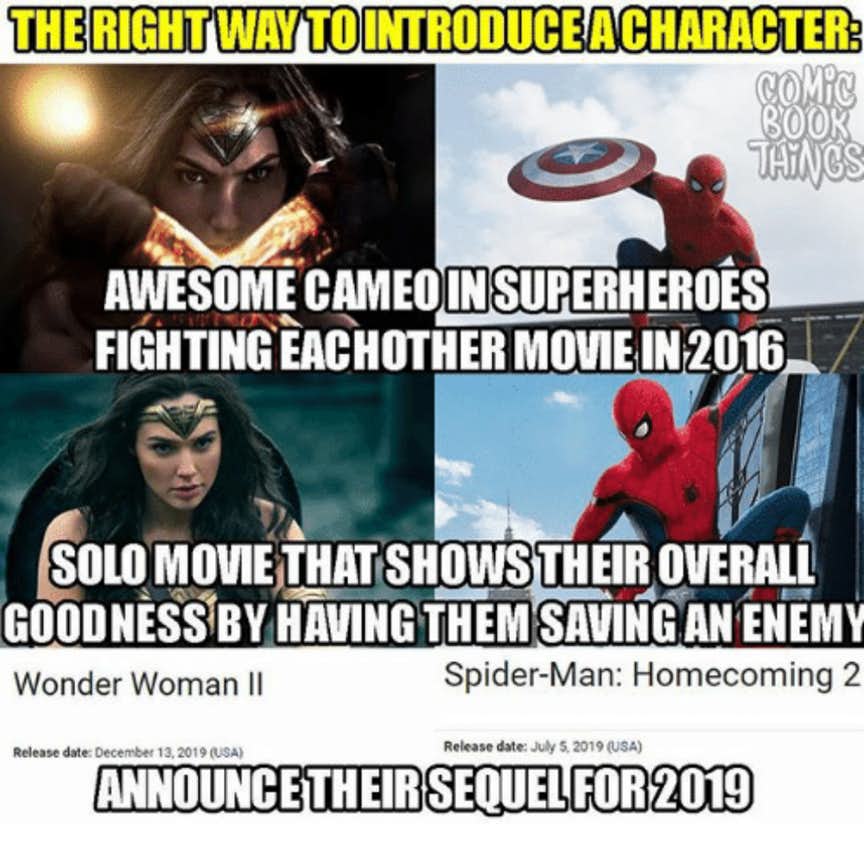 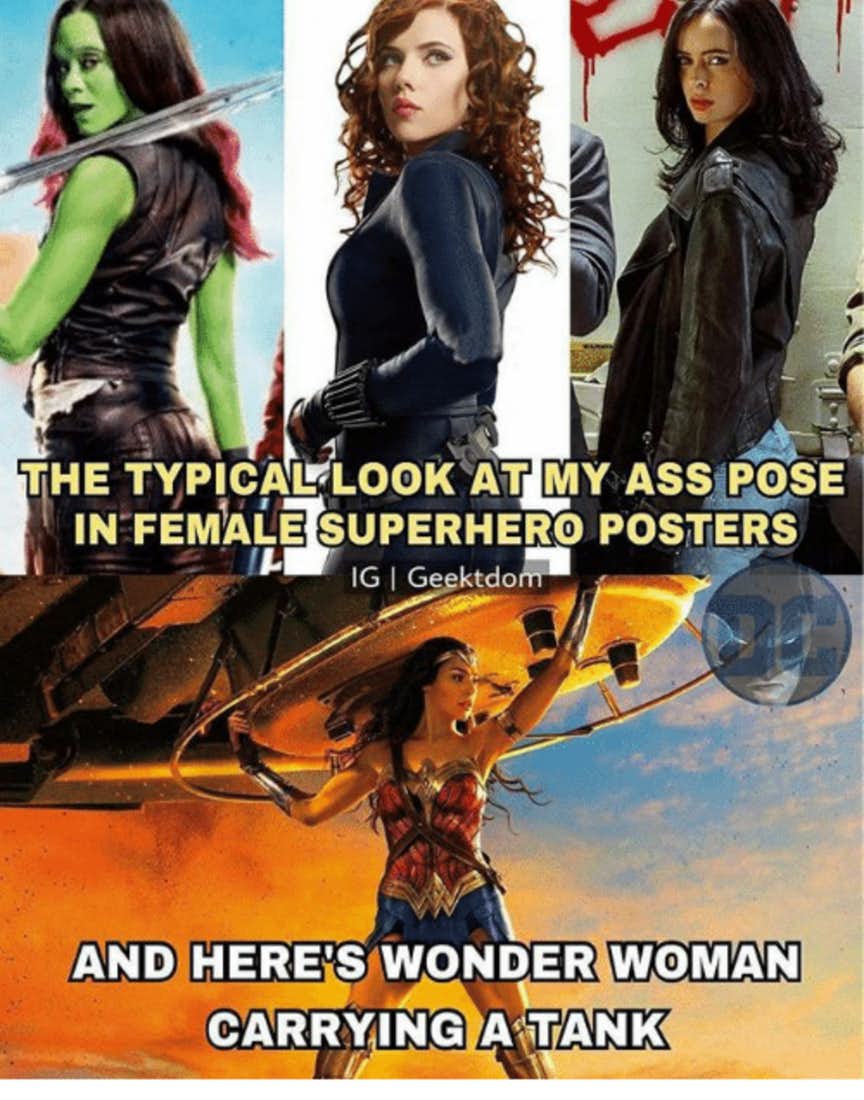 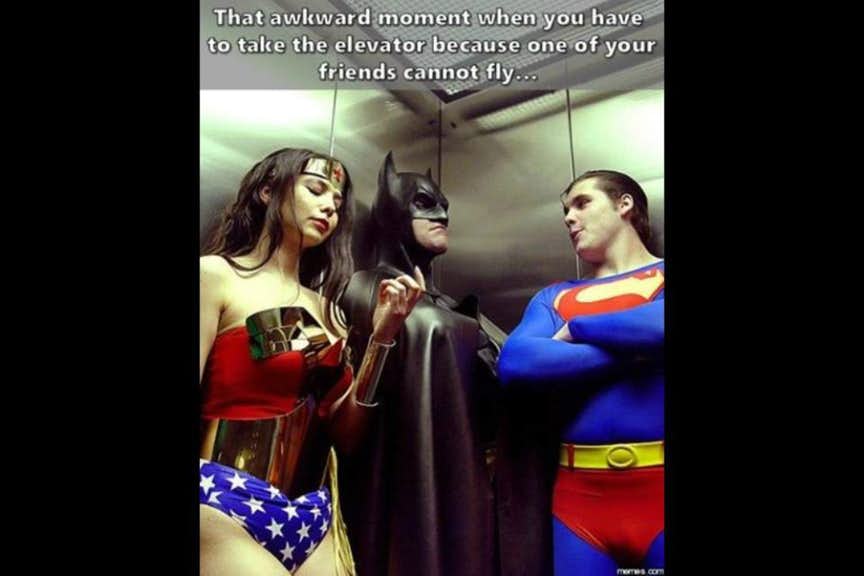 9. THE FLOOR IS LAVA 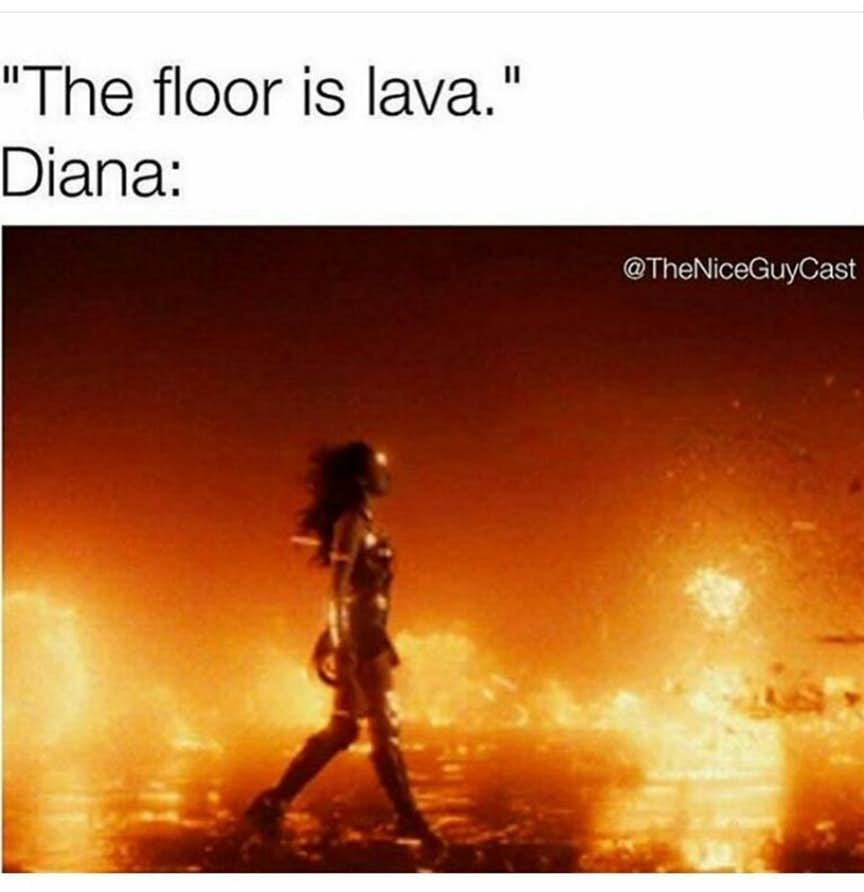 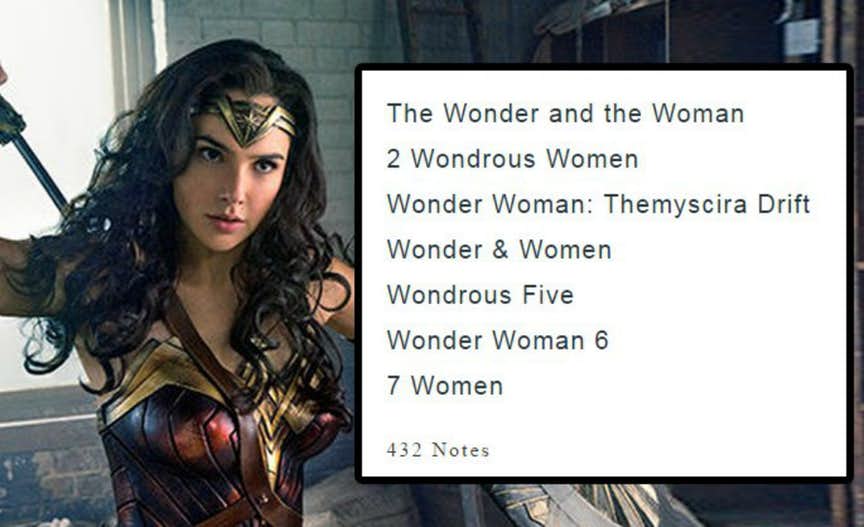 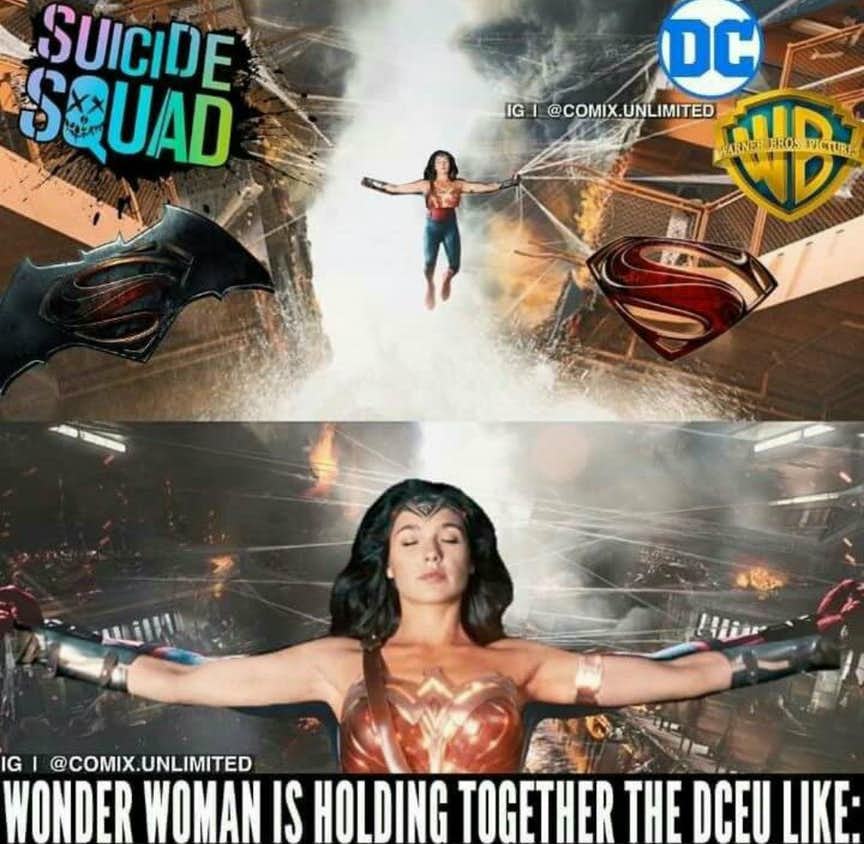 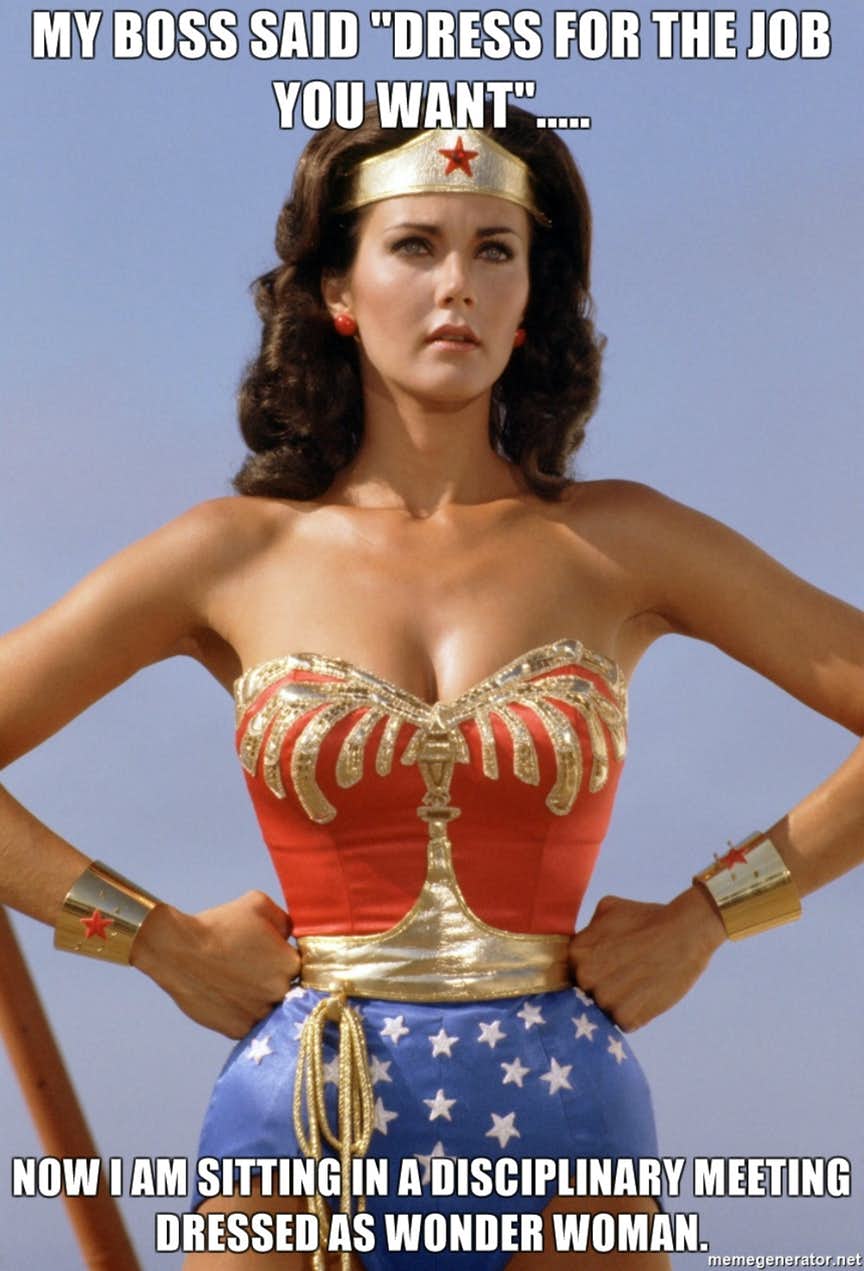 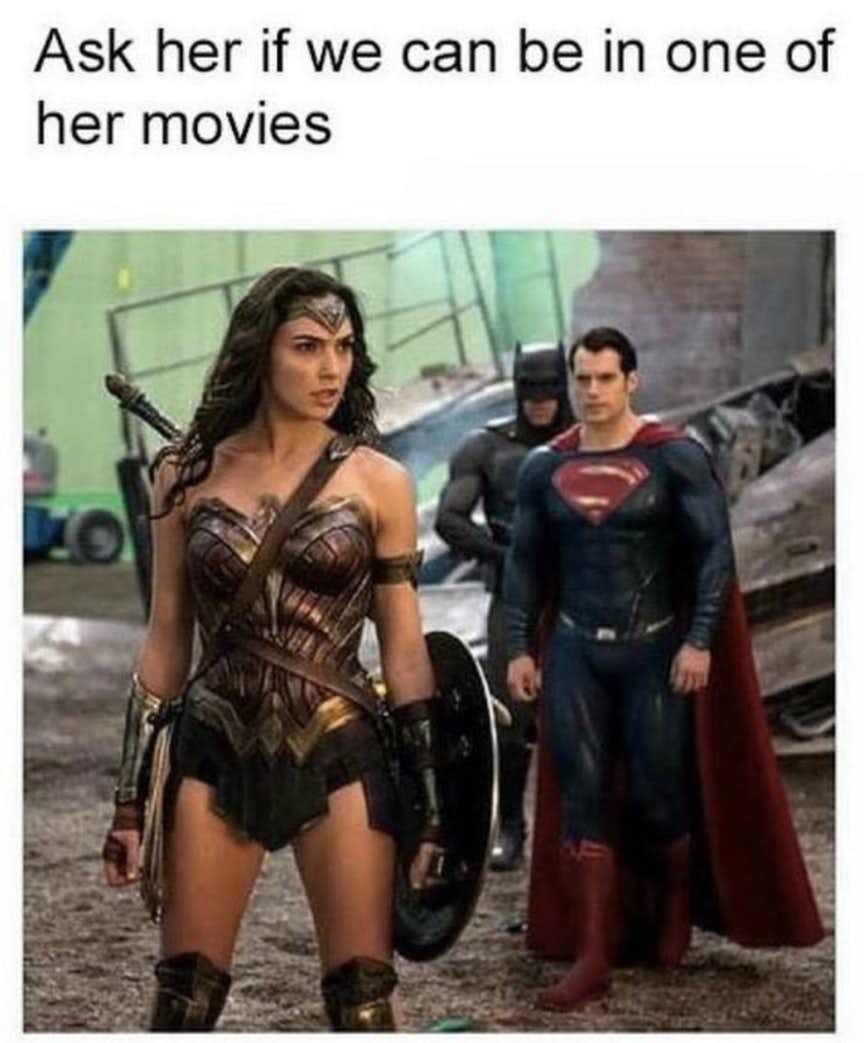 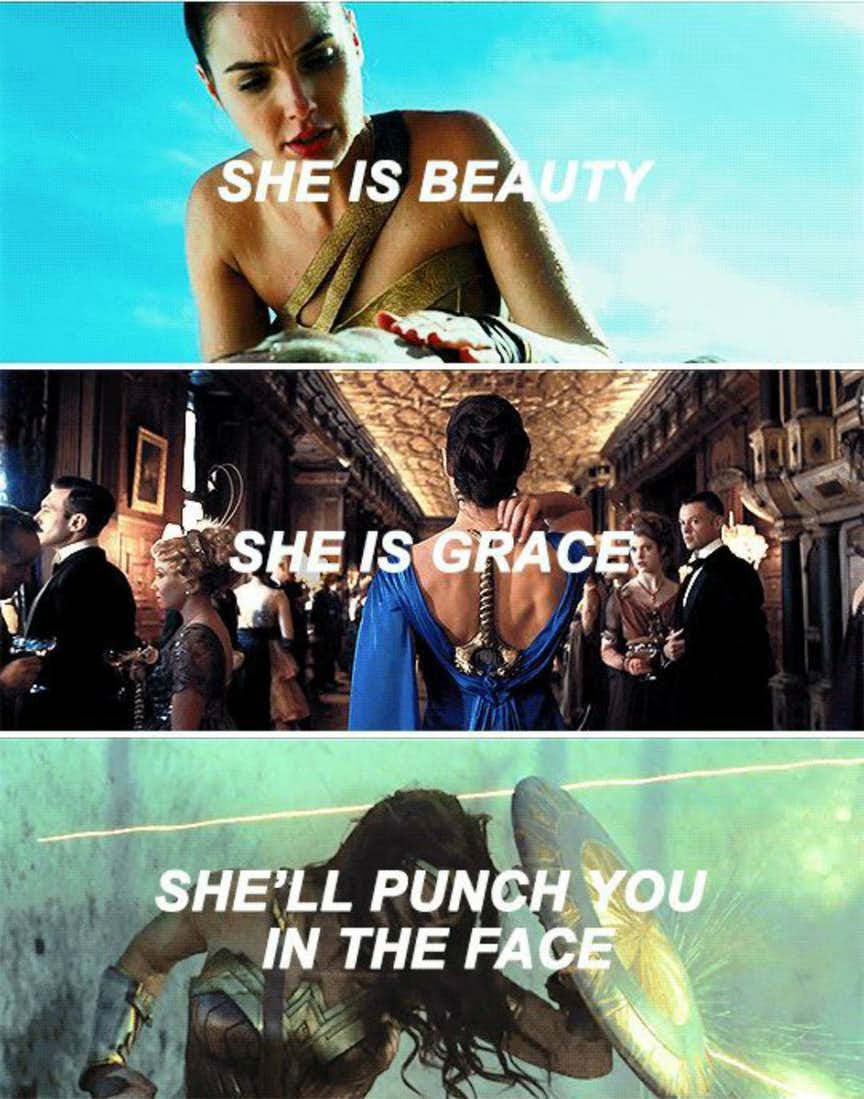 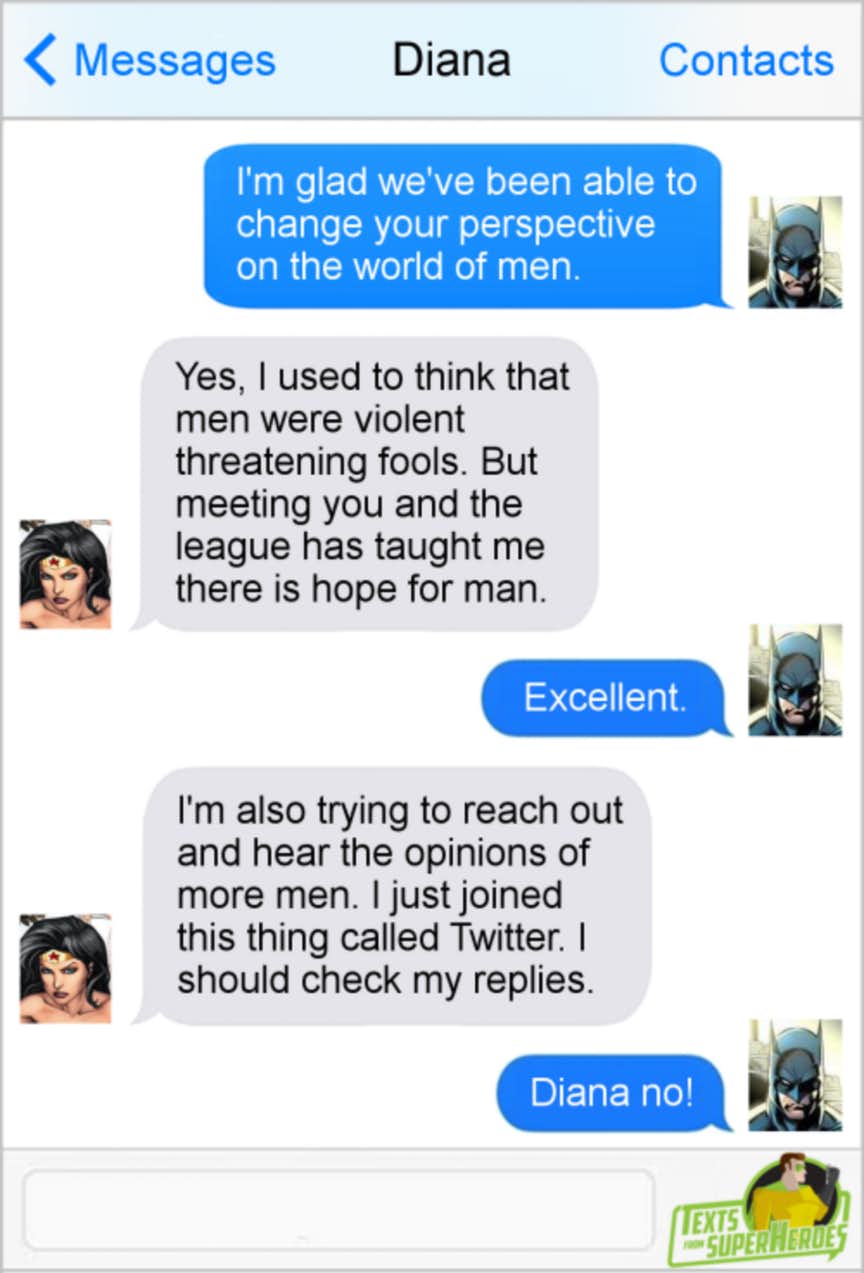 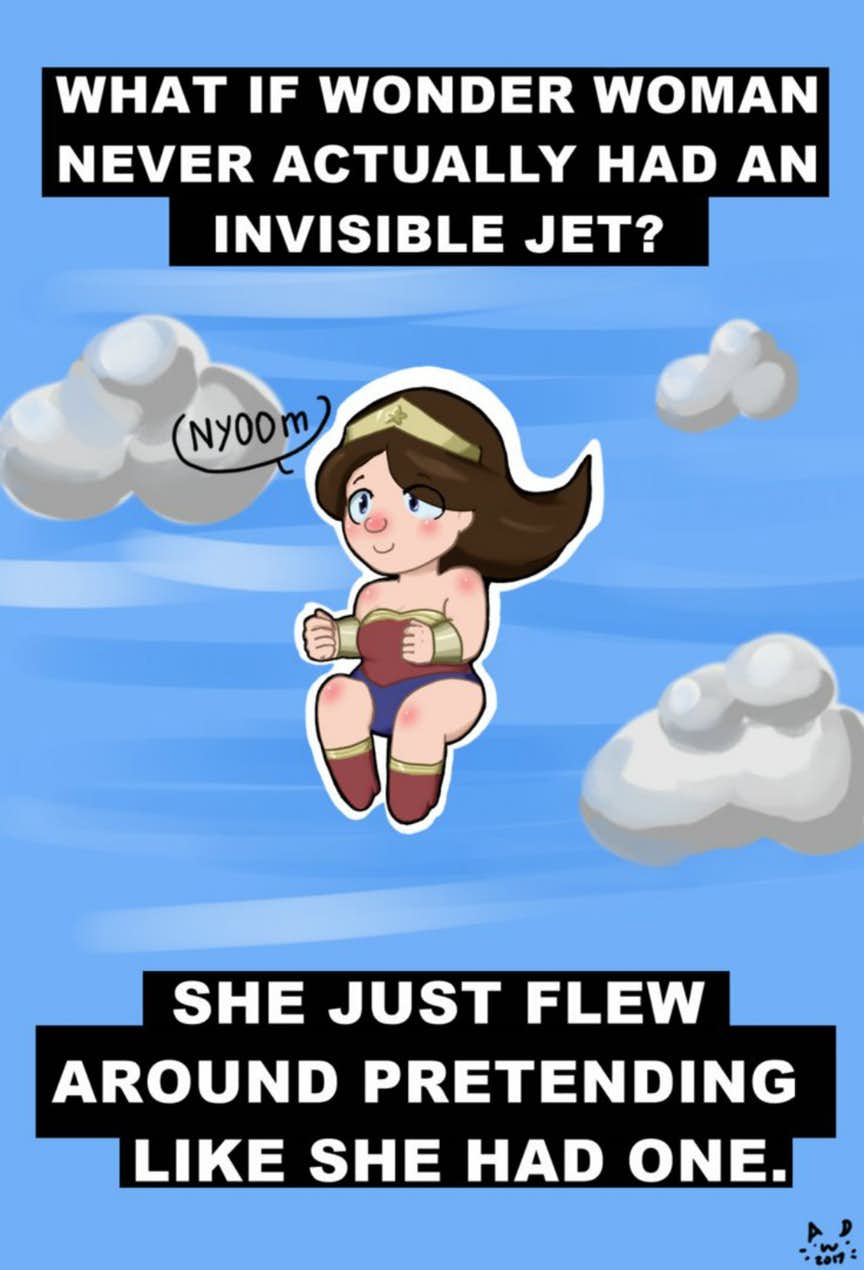