Geeks on Coffee
More
Home STAR WARS Making of a Tiny Rolling BB-8 with just Lego blocks- by a... 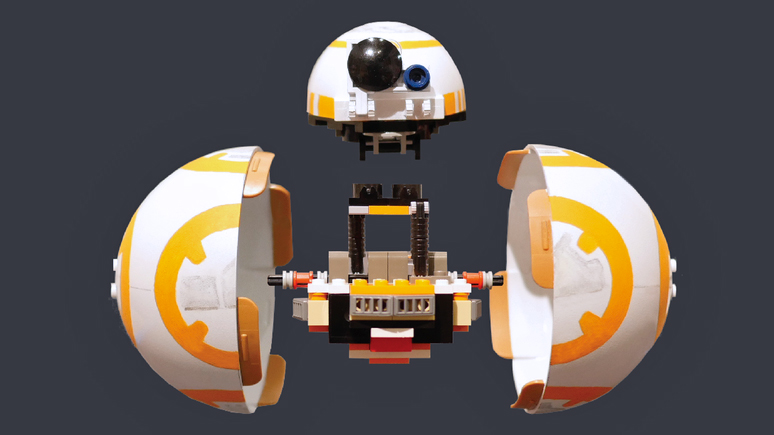 Recently, there has been a great upsurge of fan-made Lego BB-8s by fellow Star Wars fans, but there has been an even greater breakthrough- Mark Smiley and James Garrett have been able to build one that can actually roll, while its head bobbles on the top. And this feat has been managed with using just Lego component made available in standard sets.

This Lego build seems to be quite similar to Sphero’s version of the rolling droid, but this one just rolls on a single trajectory, also without the use of any electric contraption. It only rolls when one uses a base coupled with hand-cranked wheels, or one can just roll it over on the floor.

Now, you might say that the spherical body of BB-8 isn’t one of the Lego components. But this is not the case. For the Mark-James duo had actually worked out a way around this- they repurposed the plastic sphere from a Sebulba’s Podracer set. And with a meagre paint job, the small version of Tatooine was magically transformed into the body of BB-8.  Aside from this, BB-8’as head and the magnets that hold its integral two pieces in place, are all products of Lego.

If as a fellow Star Wars fans, you are really impressed by this contraption, and yet don’t have the Lego bits to make this by yourself, you need not worry! This one craft idea has already been sent to Lego Ideas, so if atleast 10, 000 fans back it up, Lego will actually start production on it. As of now, there are already 842 Star Wars fans backing the idea, so if you really want it to materialise on the commercial market, you ought to petition for it too.